GL News Learning Journey: Persevering through it all... 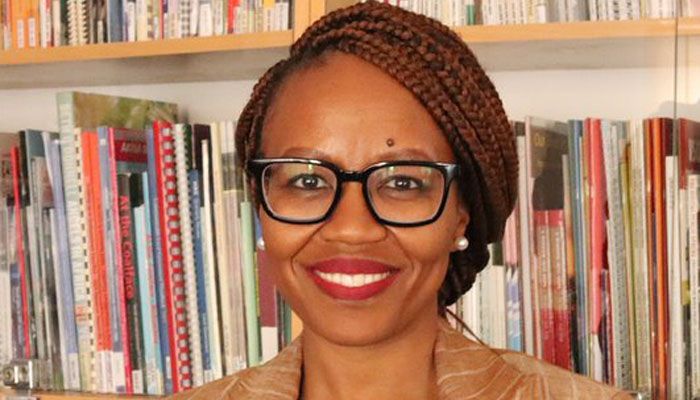 Learning Journey: Persevering through it all

“Success is no accident. It is hard work, perseverance, learning, studying, sacrifice and most of all, love of what you are doing or learning to do.” – Pele.

The day I reported for duty I taken aback when I got to the office and was met by an interim Country Manager (CM) who had been brought in to hold the fort during the transition period between the previous CM and myself. What surprised me is that I had expected to find officers at the office and so learning that the CM, who is the head of the office was the only program staff member at the office and the other officer was the Finance and Country Officer came as a shock to me. The Finance and Country Officer was on a long medical leave when I reported for duty.

I had previously worked in a NGO environment and so, I had expected that there would be resource constraints especially human resource constraints in the organisation; what I had not expected however was to learn that the Country Manager is the only one responsible for the implementation of all the programmes. That came as a shock to me especially given the amount of work being done at the organisation. I quickly had to get over the culture shock and to move towards moving forward the work of the organisation. My orientation to the organisation happened towards the end of August at the Gender Links Headquarters. I met with different Program Managers and Section Managers who all briefed me about their programs and their sections and what is expected from country offices in their areas. There was a lot of information that I had to process during that week. What kept me going was the excitement of getting to do work that I like and so, I focused on noting who I would need to go to for support on an area for I knew that there was no way I could get everything in that week.

Botswana was about to go its general elections in October 2019 and most work at the country level was focused on the elections. Through the 50-50 EU project, Gender Links had trained potential women candidates and the focus for the country work was on assisting the country to increase women’s representation in political leadership positions. My focus was thus on elections after the orientation. GL Botswana had gotten support from the British High Commission to implement actions aimed at advocating for the election of women to national assembly and local government positions including the development of a policy brief which will collate information on how women were supported and how they performed in the elections. What I quickly learnt during that period is that there was need for me to prioritise my time; balancing between the office work and attending external meetings (which served as source of information which was necessary for the reports needed by Headquarters). Not having a Program Officer to delegate to attend the meetings I could not attend impacted negatively on the organisation’s representation and presence at these meetings. To address this, I shared invitation of meetings with the BOCONGO Alliance member who attended some of the meetings and shared information from these meetings.

In January 2020, we hosted a meeting with the female politicians and other stakeholders to reflect on the performance of female politicians in the elections. The meeting was a culmination of a process that had been started some years back and it also served as a start to the process of preparing for the 2024 elections. It was a profound moment for me to meet in person the female politicians who reflected on their journeys in politics and what they experienced during the campaigning period. Despite the hurdles they had gone through they were all resolute that they were going to continue with politics and use lessons they had learnt in the past to better prepare for 2024. That for me was inspiring because despite all the challenges they face, these women were persevering and were not about to give up on their political goals. They were also very grateful for the support that Gender Links and other women’s organisation had given to them during the build up towards the general elections. This was a humbling moment for me as the impact of the work that the organisation was doing was expressed by those that benefited from it. And so, this is what keeps me going, the difference we make in the lives of these women and many others.

What I have come to appreciate is the support that I have gained from Keletso, the Finance and Country Officer who has been a reservoir of knowledge on what has happened in the organisation and what else needed to happen. She has helped me with the different GL systems. I have also benefited from the guidance from my supervisor Sifiso Dube; her motivational guidance has helped me adjust to the organisation and understand its operations.

As I head towards my first year anniversary with the organisation, I feel a bit more settled. I am not as overwhelmed by the work of the organisation as much as when I first started, this is despite the lots of work that is there. It is not as daunting as it used to be. Understanding the organisational culture and the different personalities within the organisation have contributed to my current state of mind. I therefore, look forward to a future with Gender Links in a different mindset.

Comment on Learning Journey: Persevering through it all Cancel reply