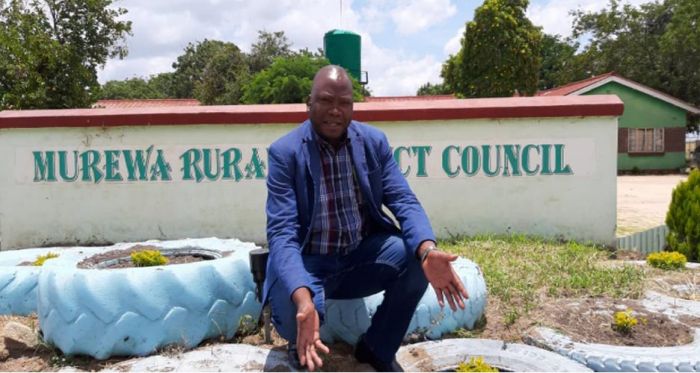 Harare: during my whole lifetime I believed that the highest qualification I could attain on earth is when I am surrounded by people who are resourceful and ready for knowledge sharing. Today I became a specialist in my own areas of knowledge and skills because of being associated with people who were willing to invest their knowledge and skills. I could not resist in the same vein to transfer this knowledge and skills to others who are less privileged in different communities of Namibia.

Going to Zimbabwe for a study visit was a dream come true, as it was my first time to be in that country. When the study visit proposal was made last year, I prayed hard for it to be approved and become real in order to have my dream fulfilled.    I should thank Meme Colleen for granting us such an opportunity to go and experience a lot of things happening in Zimbabwe. From January 2020, I ensured that every week I checked whether my passport was still there, where it was safely kept.

When time was approaching, I received an email from Fikile to validate the expiring date of my passport which I did, and immediately she sent me a flight ticket to verify whether details were correct or not. I was excited that I could start informing my family that I would be traveling to Zimbabwe for a very special mission and they were very happy too.

That early morning of 26th of January 2020 was a very exciting morning for me. I arrived at the Airport 2 hours before my boarding time. I sat at the airport as a happy man until it was time for the flight. I travelled via Oliver Tambo International Airport to Harare and arrived there around 7pm. Upon my arrival I was joined by my other colleagues Onneetse and Mabetha and we were welcomed by Priscila at the airport, which was a surprise because we weren’t sure who was going to receive us when we arrived.

Looking at the environment and the city of Harare itself I was surprised that the city was more beautiful than what I heard before, which is that the country itself is not nice and people are suffering. To me I came to understand that people of Zimbabwe are living normal life like anybody else in Africa. This was proven even at the lodge where I was accommodated. The lodge is one of the best in Africa and provided excellent hospitality. It has nice sleeping rooms with all necessities.

What surprised me the following day was how Gender links Zimbabwe has gone in terms of empowering local authorities to operate at Gender links standards. This was revealed by different presenters of various local authorities who shared how Gender links work has changed their systems from where they were before to where they are today. I learnt that it is quite imperative for local authorities to share how Gender links work has impacted their work. Secondly, I was impressed by the existing spirit of partnership between Gender links and Councils and how the Hub and Spoke programme works in Zimbabwe, especially where Hub councils provide mentorship to spoke councils. It was interesting to me to hear that spoke councils should put pressure on hub councils not to relax in doing their work. However, another thought for replication was the existence of a National Junior Council Association of Zimbabwe. It would be a good idea to have such an association in Namibia. I give credits to Priscila (Zimbabwe Country Manager) for managing these partnerships for the good reputation.

It was the first time I heard about what is termed as a pad poverty,  in relation to the lack of sanitary pads among the girls in Murewa RDC. This came out from the junior council’s presentation and it was a very exciting presentation because I grasped an innovative idea for replication such as a Million Pad Campaign to solicit pad donations for those girls who cannot afford them, especially in rural settings. I was also interested to hear another idea, of introducing reusable pads that will last for a longer period of time.

I was also privileged to visit community projects in Murewa RDC. The first project that we visited was Murewa Sewerage pump station where there is a community-based project which is producing methane gas from bio waste to light the area, and they produce other products such as dish washing liquid. I wanted a practical demonstration to see how they do it but unfortunately there was no power due to lighting that damaged their pump station. The second project was Marirangwe women’s empowerment group, a group of women who are engaged in goat breeding for sales to support their children and also share profit among themselves. This was an interesting project to me, to see women who are trying to become agriculturists with the aim of changing their lives and that of others.

Lastly, we visited one of the most interesting projects called Rozaria Memorial Trust, named after the late Rozaria Gumbonzvanda. During our visit to this project we were warmly welcomed and treated like queens and kings. The history of the project was given by the Chairperson of project, followed by visiting all project buildings. I was interested to see rooms for safety, where they keep GBV survivors and another room where they teach young girls different skills such as how to produce bags for generating income. It was interesting for me to learn that young girls in the surrounding area are also empowered through life skills lessons at the centre. This project taught me that people who contributed to improve the lives of others should be honoured by any means.

This was an exemplary study visit of my life-time and beyond.