GL News Where there’s a (political) will, there’s a wa... 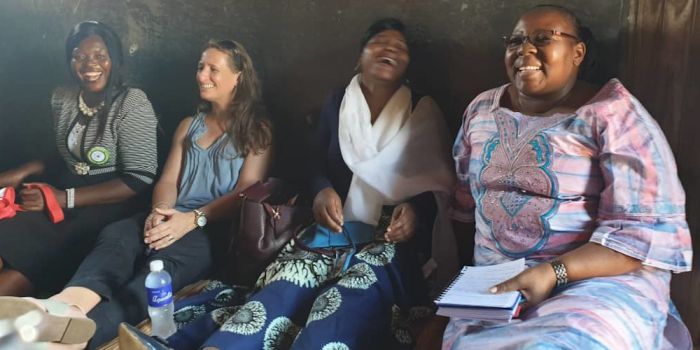 When I heard about the study trip to Zimbabwe I had mixed feelings. On the one hand I love and have a connection to the beautiful country, as the birthplace of my mother, but on the other, uncertainty about what to expect because of the tremendous hardships the country has faced over the past decades.

What I found was a beautiful place with remarkable and resilient people doing incredible work, making a real difference in people’s lives.

The gender mainstreaming work we try to do with local councils in SADC is often met with resistance, because of ‘lack of resources’.  What I learnt is that it is not so much lack of resources than political will to put in place measures to advance women’s rights and gender equality.  Here are my five key learnings from our study trip to Zimbabwe:

Where there’s political will, there’s a way – When there is buy in at the highest-level gender issues are taken seriously. This was illustrated on the first day of the stakeholders meeting, when the Chief Director in the Ministry of Local Government and Public Works, Erica Jones who gave the keynote address.  She told us how directives have been issued out by the Ministry compelling local authorities to mainstream gender, through including gender key performance indicators in various officials’  performance agreements. This shows that the Ministry takes gender seriously because as we know, if it is not counted it does not count.  During the fieldtrip to Murehwa Council I was really impressed by the commitment to gender issues and buy in from both the Council Chairperson and the Chief Executive Officer who, with the gender focal person, have established a standalone gender committee, developed a gender policy and are ensuring that all council policies are gender sensitive.

Gender mainstreaming is everyone’s responsibility – While it is important for one person to lead the work to achieve gender equality in local councils, it is really important to bring everyone along. Gender mainstreaming cannot just be one person’s job, which is why the political will I spoke about is so important. In Murehwa, there are two very strong women – Vice Chairperson of Council, Councillor Resta Dzvinyangoma, also a gender champion, and gender focal person Winnet Tamba – who currently lead the gender work in the council. But it cannot end with them, because if or when they leave it needs to continue in their absence. Sustainability is key in this regard, which is why it is important to get all departments involved at the local level and ensure that gender principles are entrenched in council policy and practise.

A little competition can be a good thing – what really struck me went when we visited Murehwa council was how proud they were of their accomplishments at the SADC Protocol @ Work Summit, displaying all of their certificates from the national and regional Summits in their boardroom.  I got the impression from the visit there is a fair amount of competition amongst the local councils for the awards.  A little competition is good for progress when one tries to outdo the other, constantly raising the bar, this is evidenced in the high number of entries to the national Summit.

Learning from one another is the best way – On of the best ways of learning is by doing; but seeing how others have done it is also a pretty good way to learn.  The new Hub and Spoke model, which was showcased during the study visit, is grounded in peer learning and mentorship and is a good example of how star councils can bring their counterparts along in the gender equality journey. Learning how one council has mainstreamed gender and overcome the obstacles, can provide a clear path for councils who may be starting or struggling to achieve this.  Having councils mentor one another is also a key sustainability strategy, as councils will continue to mentor other councils long after Gender Links is gone.

Young women are our future – I’m not saying that young men aren’t, but here I want to acknowledge how impressed I was by the young women I met on the study visit.  The Junior councilors from Harare and Murehwa made me hopeful for the future.  They were so passionate, confident and committed to gender equality. In both councils the junior councilors raised menstrual health as a key issue to be addressed because of expense and access to menstrual products.  They spoke unashamedly about menstruation and pads, which would have been taboo in a room half full of men a couple years ago. It was awesome to see such confident young women breaking down menstrual stigma and speaking proudly about it. They also highlight key issues such as climate change and are exploring reusable pad production. We have a lot to learn from young women who are smart and savvy and bring new and different perspectives to issues.  I’ll be happy if they are the leaders of our future world.

I learned about the governance work at Gender Links and how it has as evolved over the years and I saw first-hand the work in practice, the people who make it all come to life.  As I come back to Gender Links after ten years, the study trip was really rich and fruitful learning experience for me.

Comment on Where there’s a (political) will, there’s a way Cancel reply