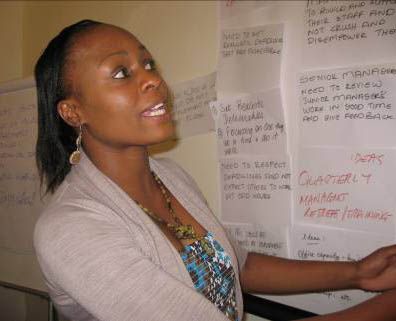 What about tweeting and re-tweeting for gender justice?

A few weeks ago there was a revolution in Tunisia. Some sources say the revolution was not televised, but rather twitterised. On 14 January, Tunisian President Zine El Abidine Ben Ali dissolved his government, called for legislative elections in six months and promised not to run in 2014. But this late decision did not quiet public anger on social media platforms, in particular Facebook and Twitter. Later that evening, the president fled Tunis.
In September 2010, there was unrest and deadly riots in Mozambique after the release of a simple anonymous text message: “Mozambicans, prepare yourself to enjoy the great dayWhat about tweeting and re-tweeting for gender justice? of the strike. Let’s protest the increase in energy, water, mini-bus taxi and bread prices. Send to other Mozambicans.”

The power of new technology should not be underestimated.

Social media is on the verge of taking over in the absence of traditional media, especially in African countries where governments have created repressive media laws, and where the imprisonment of journalists is the order of the day.

It is important to mention that 2011 marks the 20th anniversary of the Windhoek Declaration, a statement for press freedom principles signed by African journalists at a UNESCO seminar in Windhoek in 1991.

Considering press freedom has yet to be realised in many African countries, citizens are turning to cell phones and social media to protest societal injustices. These tools become an instrument of empowerment which can also motivate marginalised citizens and communities to voice their concerns.

In 2010 I attended the World Journalism Educators Congress (WJEC) in Grahamstown, South Africa. I remember my surprise when a young man walked up to me, introduced himself and said he was working for a Grahamstown youth newspaper called Upstart. He requested an interview and I remember thinking he didn’t look like a journalist. He wasn’t even carrying a notebook – and what is a journalist without a notebook?

But I then watched him remove an ordinary cell phone from his pocket and he began to ask me questions. Just as I was trying to figure out what was happening, he clicked a key on his phone and said “we start”. He was recording me on his cell phone. In a minute and a half we were done and minutes later the clip was posted to his website!

As I recalled this incident, I realised how empowering it was for me to be interviewed at this conference, attended by more than 700 participants.

You may remember that in 2010 Gender Links released the Gender and Media Progress Study (GMPS), which found that women sources constitute just 19% of the total number of sources in the media, a very slight increase from 17% in 2003.

But although women’s voices only increased two percentage points in seven years, maybe things are only changing now. If my voice could be heard at this conference, in a non-traditional format, it was a score for women.

Just as social media is reshaping politics in Africa and beyond, it holds the same potential to challenge gender inequalities in society. From preventing violence against women to profiling the successes of ordinary women, cell phones and social media can enhance women’s empowerment in Africa’s communities.

Maybe rather than using cell phones for “sexting”, we should begin to cultivate a culture of employing technology for social change. What about cell phone messages or “tweets” that castigate rape and sexual harassment in educational institutions? Or why don’t we use technology to hold leaders accountable when it comes to changing the lives of women for the better?

The lesson here is that technology can be controlled by us, the users, and women can produce their own content to assist in the fight for gender equality. How we choose to use this technology and the social media tools available to challenge patriarchy and unequal power relations will definitely be something to watch in the months ahead.

To explore ways of using technology click the Take Back the Tech site.
Please also remember to: