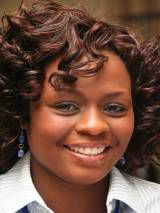 Welcome to Issue 18 of the Diversity Exchange!

As much as we demand freedom of expression and professionalism in the media, the latest scandal involving News of the World, begs more of how we define media freedom as embraced in Article 19 of the Universal Declaration of Human Rights. Media mogul Rupert Murdoch’s News of the World recently closed down after being  embroiled in a phone-hacking scandal.  The paper’s journalists are being accused of hacking the voicemails of thousands of people, from child murder victims to the families of soldiers killed in war. My four questions are: when we talk about freedom of expression, who has the right to media freedom? Who has the right of access to information? How do those who have rights use them responsibly? How do we balance this freedom with ethics that govern journalism as a profession? The Dominique Strauss-Kahn, former International Monetary Fund chief, sexual assault charge also puts the media under the spotlight for questioning the “victim’s” credibility. These are just some of the issues that we are grappling with about the role of the media in society.

The hot issue that we are highlighting this month are the debates on access to information linked to the 20th anniversary of the Windhoek Declaration. In a related issue, a Draft Model Law on Access to Information for AU Member States has been put out for public comment. The model law may be adopted in October 2011 and it is important to initiate discussions that can feed into the finalisation of the draft. Otherwise, if the model law is adopted as is, it will sideline women and their access to information needs.

Most importantly, media experts in Africa are crafting a Declaration on Access to Information and it will be released in the public domain for comments on 20 July. The Declaration will be adopted at a session that will bring together two important conferences, the Pan African Conference on Access to Information and the Highway Africa Conference that will be run under the banner African Media and the Global Sustainability Challenge   in Cape Town from 17-19 September 2011.

The adoption of the Declaration is informed by the process that led to the Windhoek Declaration on Promoting Independent and Pluralistic Media LINK in 1991 which has improved the state of media freedom in Africa. Similarly, it is envisaged that a declaration on access to information will improve citizen’s access to information held by government and private bodies. Gender Links will spearhead debates and online campaigns on the draft declaration on access to information and also media freedom. The debates which will be initially held in Namibia, South Africa and Tanzania are aimed at soliciting comments from citizens on the gender components that should be included in the Declaration and simultaneously in the draft model law for AU states. The debates will also be via facebook, twitter and a cyber dialogue event scheduled for 28 July 2011. Further, the draft declaration will be posted on the Gender and Media Diversity Centre website for comments. Colleen Lowe Morna, the Chief Executive Officer of Gender Links has written a piece a titled Gender censorship: None but ourselves can free our minds!   Comment in the box below the article and make your voice count in the gender, media freedom and access to information debates.

To kick start the gender and access to information debate, Patience Zirima points out some of the deficiencies of the Draft Model Law on Access to Information for AU Member States. She notes that failure to acknowledge the gendered nature of access to information is worrisome and research conducted by the African Women’s Development Network (FEMNET) titled Freedom of Information and Women’s Rights in Africa found out that “the right to information is a core principle of good governance.” If women and men are deprived of information, then they are not able to make informed decisions about issues of development and democracy. Lower access to education of female compared to their male counterparts is also an issue of concern and should be adequately addressed in the draft model law on access to information.

Ntombi Mbadlanyana, a critical gender and media citizen based at Gender Links has lodged a complaint with the Broadcasting Complaints Commission of South Africa (BCCSA) to look into the language that is used in popular soap opera, Generations. She notes in her complaint that on Tuesday 5th July 2011, one of the lead characters in Generations referred to the Managing Director of his advertisement company as “my girl”. The Managing Director is a young gay man. Mbadlanyana notes in her complaint that use of “my girl” was highly offensive as it reinforces stereotypes. In this instance, being gay implies that one is not man enough and is therefore a woman. The BCCSA has registered the complaint and informed Mbadlanyana that they have requested the footage of the episode in question from the South African Broadcasting Corporation (SABC). We hope that the BCCSA will respond soon and we can update you in our next issue.

We join the people of Swaziland to celebrate the final registration of the Media Complaints Commission, a body that will deal with media complaints and assist in building better relations between the media and the public. The self-regulatory mechanism is founded upon the international doctrine of promoting an independent media system and building professional standards within the media fraternity. This poses an opportunity for Gender Links to work with the regulatory body to develop gender codes of ethics and equip citizens with skills to critically engage with the media. Further, Gender Links has been working with media houses to develop gender policies that can guide practice and production of content. Plans on the in-country launches of the Gender Links media COEs are at an advanced stage. The first launch will be in Tanzania on 9 August 2011. The COEs project will assist Gender Links and media houses to work in a more sustained manner for the realisation of the media house gender policy and ultimately the media goals as stipulated in the 2008 SADC Protocol on Gender and Development.

The newsletter keeps partners and friends up to date on the latest news from the GMDC as well as exciting issues and debates on topics related to gender, media and diversity from the wider world. The GMDC’s work is both local and global and it hopes to highlight first-hand perspectives from the African continent and beyond.

In June, the world celebrated Father’s Day and in this month’s Diversity Exchange we also focus on fatherhood and masculinities. What does it mean to be a father? On 5 April, The Sowetan, a South African daily newspaper had a story titled Fathers dump nine million children. Shocking as the headline seems, the story is an example of how sometimes journalists get it wrong and do not report beyond the numbers. Trevor Davies uses this example and writes about celebrating fatherhood and the African Fathers campaign that seeks to promote men’s care and protection of children in order to increase the wellbeing of the family. The analysis is accompanied by a policy brief on fatherhood and masculinities that has been produced by Gender Links as part of its policy briefs.

The GMDC knowledge hub is offering new information which can be used by trainers and researchers for topics related to gender, media and diversity. Three items from each of our databases: newspaper clippings, case studies, research and publications are highlighted. Most of them are on fatherhood and masculinities. Our mirror on the media section provides an analysis of a story titled O Father where art thou? published in the Sunday Independent. The story calls on fathers to be the figures and role models that their children demand of them.

Finally, the GMDC will soon be signing an MOU with a men’s initiative called African Fathers, an Africa-wide organisation aiming at improving the well-being of children and families by promoting involved, responsible and committed fathers.