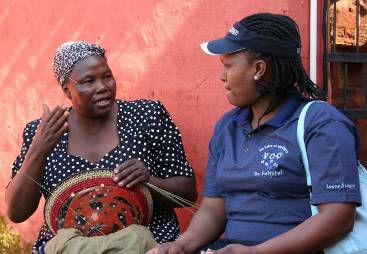 Gender Links (GL), in its capacity as the coordinating organisation of the Southern Africa Gender Protocol Alliance will be conducting a gender and economic reporting workshop in Luanda, Angola ahead of the Heads of State (HOS) Summit in August 2011. The workshop will be collaboration between GL, the Angola Journalism Training Institute, the Association of female journalists and the Association of Economic journalists.

This training initiative, which runs from the 12th -14th of August 2011, is part of a series of Business Unusual workshops that seek to highlight the economic provisions of the SADC Gender protocol. However, the Lusophone countries Angola and Mozambique have not benefitted from this capacity strengthening initiative. Angola has previously been marginalised in the process to promote women’s rights in SADC. The HOS summit therefore presents a strategic opportunity to carry the work of the Gender Protocol Alliance forward. Journalists from Mozambique and Angola will participate in the workshop which will culminate in an online publication.

The workshop will also contribute to the strengthening of the recently established GL Lusophone Opinion and Commentary Service. Journalists participating in this initiative will be required to submit two post training articles on gender and economic justice. GL will launch the Lusophone Opinion and Commentary Service in Luanda on the evening of the 14th of August.