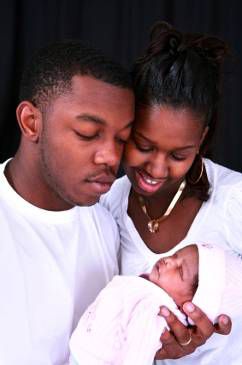 Too rarely, do we hear of the stories of positive role models, the children who say that “without Dad, life just would not be the same.” Instead, we usually hear about the poor example of fathers, the men who are absent, uncaring or even use their children as a way to ‘get back’ at the women with whom they share these children. Of course these people exist, but we have a different generation of men today, men who are embracing their fathering roles. I believe that hearing more about them, we can inspire even more men to take this all important job of fatherhood to heart.

The headline in The Sowetan edition of April 5th, 2011 is chilling: Fathers Dump Nine Million Children. The piece refers to a recent report from the South African Institute for Race Relations (SAIRR) – The First Steps in Healing the South African Family. The study is about children whose fathers are alive but have just disappeared from their lives. Most of these children are being brought up by single mothers or a grandparent, many of them living in poverty and facing other challenges in their parenting.

Although Father’s Day may seem like just another excuse for shops to sell us stuff we don’t need, its origins are actually rather touching. It began in 1910 when the daughter of a United States (US) Civil War veteran, who had brought her and her five siblings up on his own after his wife’s death, organised a church service in her daddy’s honour. The idea became so popular that in 1972 Father’s Day was made an official national holiday in the US, and it has since spread across the globe.

These days many groups working around gender justice are recognising that just as men can be a problem – they can also be a powerful part of the solution to gender inequality and violence. Many successful women quote supportive fatherhood as an integral part of their career path and personal development. Emelda Mwamanga is a successful media entrepreneur in Tanzania. ‘Without my father pushing for me to have the same education as the boys, and then supporting me in business planning, I never would have made it,” she said.

Instead of always featuring the negative examples of fatherhood, the media should show the positive examples of fatherhood and encourage men to enter the domain of child care in contrast to focusing on highly visible cases of abuse. The media can also make a difference by highlighting the benefits of father involvement with children for their own personal health and satisfaction. Commitment to one or more children often gives one a longer-term perspective on life, which helps men to reduce harmful behaviour towards themselves and others.

In Zimbabwe the African Fathers Initiative is calling for a gender sensitive Parenting Action Plan (PAP) as an urgent priority. This plan will amongst other things, give advice to all parents about raising children. It will enshrine the rights of children to emotional and financial support from both parents even when their own adult relationship is in trouble or breaks down completely. We will encourage and demand more from fathers and from our Government to support those fathers and families that really want to make a difference and turn things around.

Without society giving a ‘strong push’ towards male involvement in so many spheres of gender inequality we will fail in our development goals. Any society in which large numbers of men are failing to adequately care for and raise their children, whatever its other successes, is a failing society.

There are many different definitions of a “good father.” Everyone has the power to create their own version to meet the needs of themselves and their families. From pregnancy and throughout the first years of parenthood, men change and develop a unique identity as a father. Responsible, committed and involved fatherhood is an essential component of any attempt to transform families and societies to better reflect gender equity, child rights and shared parenting responsibilities and enjoyment. This is the baby elephant in the room that both men and women in the gender movement need to acknowledge and work with.

The main challenge to getting the African Fathers campaign up and running is to populate the project website with African experiences, advice and initiatives. The campaign will draw a lot of inspiration from outside the continent, but the way to go is to stimulate and expose African expertise on fatherhood and tackle issues of masculinity.

0 thoughts on “Celebrating fathers, let’s hear about the role models”

the best father was a white man in our town his name was wally brinck you can ask any youth in vryburg they will tell you.he past away on the 01 of June 2011 and our town was sad. that was the father we had in our town

If ever asked how my life was growing up with only a father figure, I would say I had the most amazing childhood ever. My father was a good man, hardworking and very quick to discipline me. He taught me to cook, clean, play football and help me with my homework and for every achievement i would get an award. i don’t feel i lacked anything growing up with only a father because today i am a a strong young lady, a second year student and ready to take on the world by the horns and its all thanks to my father.