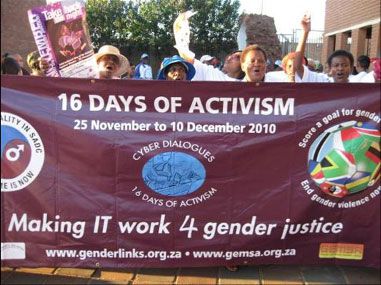 In a letter addressed to UN General Secretary Ban Ki-Moon to mark the International Day of Violence Against Women on 25 November, the International Federation of Journalists (IFJ) highlighted the high levels of violence women journalists face while carrying out their professional duties.

The IFJ denounces aggression, threats, political pressure, violence, rape and abuse that women journalists have to face due either to their gender or simply for doing their job. The situation is made much worse by the prevailing culture of impunity which protects and emboldens the perpetrators of these crimes.

“It is even more sobering when we consider that the majority of these crimes remain unsolved, and attackers or killers do not face justice,” say Beth Costa, IFJ General Secretary and Mindy Ran, Chair of the IFJ gender council. “The climate of impunity for crimes against female journalists constitutes a serious threat to the most fundamental of free expression rights. Moreover, there is an on-going concern over the fact that the authorities tend to deny that these women have been killed because of their work as journalist. Instead, they tend to indicate robbery or “personal issues” as motives of the media killings.”

According to United Nations data, up to 70 per cent of women experience violence in their lifetime. Between 40 and 50 percent of women in European Union countries experience unwanted sexual advancements, physical contact or other forms of sexual harassment at their workplace. In the Democratic Republic of Congo, more than 8000 cases of sexual violence have been perpetuated yearly in 2009 and 2010.

The IFJ also says that in some regions it is considered a taboo to report sexual assaults, creating a situation where the survivor is being further victimised and made to feel the guilty party. This attitude makes for an effective use of assault to silence and censor.

Among the countries failing to protect women journalists adequately the IFJ points at Mexico, the Philippines, Somalia, Russia, Nepal and Israel. To read the IFJ gender newsletter, click here.