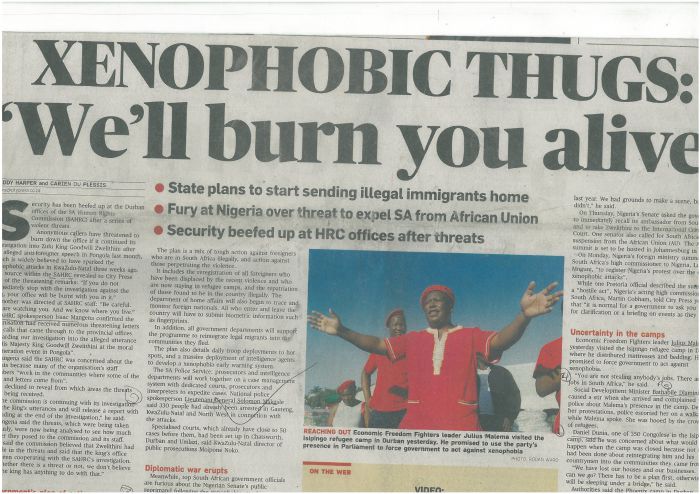 Notwithstanding the grim proportions, researchers did find some examples of stories with multiple sources. For example, the story headline “Xenophobic thugs: we’ll burn you alive” in City press on 26 April 2015, tackles an issue of national importance.

During the research period, South Africa experienced a spate of attacks of foreign nationals living in the country. Whilst this story quotes government officials and other political leaders such as Julius Malema, leader of the Economic Freedom Fighters (EFF), it also includes other voices representing non-political views.

For example, a representative from the South African Human Rights Commission (SAHRC) gives the commission’s position on the state of civil unrest. Whilst the headline is sensational, the story does attempt to look at solutions to the problem.