I Stories Botswana: My husband would not use condoms and tre... 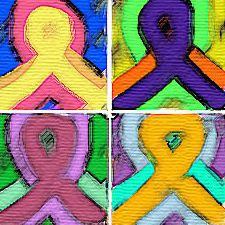 Botswana: My husband would not use condoms and treated our marriage as a business arrangement

I am a 57 year old woman from Serowe. I have seven children, four boys and three girls. In 1994 I got married to a divorcee. This man had children from his first marriage. When we got married I had five children and I then had two with him. What was painful about this marriage was that my husband did not bring his earnings home so that we could discuss how to spend them. He knew how much I was earning and even had access to my bank account. We had agreed to have a joint bank account but he failed to declare his earnings. He would just give me money to use on the needs of the family.

We continued to live like that until 1995 when I received a call from someone saying that my husband had taken a ring on credit but had never paid for it. It occurred to me that the ring in question was the wedding ring that I was wearing. When I asked my husband he denied any knowledge of the issue. I took off the ring and gave it to him. I later realised that he had returned it to the shop because they never called again.

During the same year, I got into trouble and lost all my property because of my husband’s debts. When we got married I had asked him to declare all his debts but he denied having any. I do not know what made me believe him so easily. I ended up using up my savings to clear the debts since we were married in community of property. I realised it was time to leave the marriage, but other people advised me not to and I just continued with the situation. I later realised that it would have been better if I had never entered into this marriage.

The marriage was not a happy one at all. There was a time when my husband did not support the family for about three months. He gave the reason that he was not getting paid. Even when he was being paid it made no difference to the money that he was bringing home. This went on for a long time.

In 1999, I made a decision that each of us should spend our earnings without involving the other because I was tired of being the only one declaring my earnings. My husband wanted to spend all my money. He would pretend to be very sick until I went to the bank to withdraw some money for him to go to the doctor. I do not know whether he used the money to go to the doctor or not.

My husband moved to Selebi Phikwe in 2000. That was when I learned that he had an extramarital relationship. I then asked him to use condoms. This caused serious problems in our marriage until we parted ways and divorced. Before we divorced, we agreed that I should leave my job and go and run a guest house in Palapye, where we had bought some houses. I was paying for these houses with a loan that I had from my employer. When we got married I had a three bed-roomed house in my home village.

During my last month at work, my husband requested a meeting to discuss the division of property. At this meeting I realised that my husband wanted to take the houses in Palapye. This did not go down well with me as this would mean that I would continue to pay back the loan for houses I would never own. I decided to go back to work.

That was when I learnt that my husband had entered into the marriage with me so that I would help him repay his debts and now that he had achieved that, he was looking for someone to reap the benefits.

When it came to the custody of our children, his payment of maintenance was inconsistent for the whole of 2001. He still owes more than P60, 000.00 in arrears maintenance. I have, however, decided to let him be. He once took one of our children to a private school and never paid. He then moved the child to a government school where he still did not provide for the child. I struggle on my own to maintain my children.

I would like to advise other women out there that being single is not a sin; it is a lot better than being married. It is true that some people enter into marriage for material reasons. They deceive others into thinking that they want to get married whereas for them it is a business arrangement.

Comment on Botswana: My husband would not use condoms and treated our marriage as a business arrangement Cancel reply