I Stories Zambia: I was abused by my husband and his family... 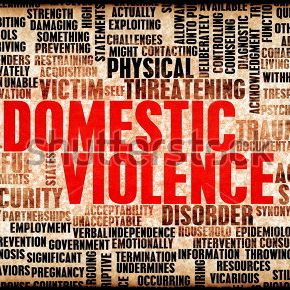 Zambia: I was abused by my husband and his family

I am a 36 year old writer, radio broadcaster and qualified journalist. I have two children, both born by Caesarean section because of the beating I received from my husband during pregnancy. This was my first marriage but my husband was a divorcee. He was older than me by about 10 or 12 years.

My husband was an alcoholic and we used to fight a lot. Every time I went to work we would fight. Being a journalist, I would go on assignments with top officials. The nature of the assignments would depend on the day’s diary and that caused a lot of problems in my marriage. Every time I came home my husband would call me a prostitute who was always having sexual intercourse with different men. He always accused me of smelling of sperm from other men. He would call me a stinking bitch.

This went on for years until one day he went to my workplace and asked them to terminate my contract and that is how I was fired from my work. Then my husband became sick with a liver problem. He was sick for some months and was in and out of hospital. When he realised he was not getting better he went to the bank and withdrew all the money from his account. It amounted to Kr 56,000.00 and he kept it at home. He showed me the money but warned me that he would kill me if I touched it or if I took any of it. He even informed his relatives about the money in the house. When his condition became worse, I took Kr 2,000.00 from the money so that I could use it at home and in taking care of him. I used this money to take him to the hospital for his case to be reviewed. My mother came with us because his condition was deteriorating.

When we came back from the hospital, and he was getting better, he accused me of stealing the money. He later called his sisters who came and beat me in full view of my mother. He then took the remaining Kr 54,000.00 and gave it to his sisters. When the relatives saw that his condition was getting worse they took him to a prophet who gave them herbs to rub on his body. When they came back they did as instructed by the prophet. A day after that incident my husband died and the real drama started.

He died in my home and they all gathered to take the body to the mortuary, but before they took the body away his sisters beat me ruthlessly. They also put a spell on me so that he would torment me as they believed that I was responsible for his death. While they were at the mortuary they decided to hold the funeral at his first wife’s home, although the two had divorced and I was legally married to him till his death. I was then forced to go and mourn from his ex-wife’s home. At the funeral I was not regarded as the widow. They accused me of being responsible for his divorce and of killing him. They all plotted to take all his property as a way of punishing me.

After we buried him, they got all the money. They grabbed two generators, two houses, a bus and a Toyota Corolla vehicle. They took computers, printers and all the carpentry machinery that we had. I only got the benefits from his workplace and these were shared equally with the company that employed him.

Comment on Zambia: I was abused by my husband and his family Cancel reply