I Stories Zambia: My husband abused me and compromised my he... 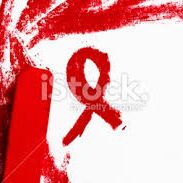 Zambia: My husband abused me and compromised my health

We met in 1992 and we were so much in love that the following year I became pregnant. Our parents consented to his marriage proposal and we got married. The turning point was when our child was six months old. My husband started bringing different women to our matrimonial home. To make matters worse, he even impregnated my best friend, whom he brought in as his second wife. Life became tough living in a polygamous marriage, especially with my best friend as my rival. What a stressful life it was! However, I had to get used to such a life because of LOVE!

We lived in a house paid for by a company for which I used to work, I sometimes used to choke with anger looking at the behaviour of my former best friend who had now become a thorn in my own flesh. To add salt to the injury, I regretted having given my husband the power to collect my salary once I realised that it was being used to please his numerous girlfriends.

Back in the matrimonial bedroom, I became a sex machine which he would use anytime and anyhow to satisfy his sexual ego, regardless of whether I wanted it or not. Any resistance to his sexual advances was met with punches and bruises, leaving my two children helpless.

Due to his careless behaviour, my sexual and reproductive health became compromised when I discovered sores around my private parts. I could not seek medical attention because I feared that he would beat me up when he found out.

Life for me became a living hell because the beating and other forms of abuse continued. As is sometimes said, women are their own worst enemies and his sister and mother encouraged him to beat me as he wished, after all he had paid five hundred thousand kwacha for my bride price.

One night there was a turning point. As human beings, you can endure things up to a certain point. This night, I decided to stand up for myself and so when he started his sexual advances I refused and he took his usual course of action and beat me up. To humiliate me, he opened our curtains as he was beating me so the neighbours could see me naked.

Luckily enough, my son ran to my brother who used to stay near our house. When my brother came he broke the door because my husband refused to open it. You can imagine my own brother finding me naked, but to save my life he covered me up and rushed me to the hospital.

The nurse who was going to treat me also stood her ground by demanding that we get a police report before she could attend to me. And this was how the matter became known to the police. I was later advised to go to the Victim Support Unit (VSU) of the Zambia Police Service which deals with such cases.

When I was leaving, my husband threatened that I would not see my children again and when I visited the matrimonial house the next day, I found that my husband had taken the children to his parents’ place. His parents vehemently prevented me from taking them with me.

I then decided to go back to the VSU who summoned him to the station but he snubbed the call. He later moved to Lusaka with his second wife. After some months, he came and claimed the children but I decided to divorce him after the suffering that I had been through.

Interestingly, he used to come to me even after the divorce, pretending nothing had happened. I took him to court after which he was granted permission to see the children and was given an injunction to keep at least 100 meters away from my house.

The most surprising and sad development is that he continues to bother me. I have decided to tell my story to encourage other women in such situations to come out and say no to abuse. They should remember that tradition and other cultural norms are detrimental if they dictate women’s silence in such matters. Life is precious; women should not trade their lives for the sake of promoting culture and tradition.

Comment on Zambia: My husband abused me and compromised my health Cancel reply