I Stories Zambia: My husband stole from me and abused me... 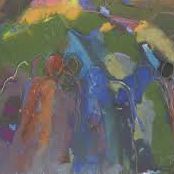 Zambia: My husband stole from me and abused me

I was 27 years old when I met *Joseph. He was so good and caring and the best person to cherish. He was 32 years old and a farmer. The year was 1985. Joseph and I had petty conflicts when we were dating and we broke up twice during this time. He was never physically violent in our courtship. In 1986 we decided to get married and I become pregnant soon after we were married.

The first physical abuse occurred when I was pregnant. He went out without letting me know and I was very worried because his phone was switched off. I almost reported him to the police station as a missing person. When he came back I asked him why he had caused me stress and he said he was a man and I should not to tell him what to do. I yelled at him and said I needed his attention and care especially because it was my first pregnancy. He said he was a busy man and pregnancy was not that important to him. He pushed me against the wall and walked out. I lay on the floor for some minutes and then I managed to pull myself up because it was not that bad. I became emotional and cried like a child.

He returned home in the evening. He apologised for what had happened and said he was frustrated because his crops where not growing as expected. I tried to console him but he still looked unhappy. I gave birth to our first child in 1987. He put pressure on me to have many children and that is how we ended up with nine children.

Having such a big family was a challenge. He was a subsistence farmer and usually what was harvested was used by the family. We were financially vulnerable and our children needed to go to school. I did not want my children to end up like me as I only reached grade five and then stopped going to school because I had no books, uniform or money to pay school fees.

I asked my mother for a small piece of land. I cultivated groundnuts and vegetables. I harvested six bags of groundnuts and sold them in the city and this meant I had enough capital to start my own business. I would travel to the city for five days and come back home and ensure that the children had three meals in a day.

Once, when I was home from the city, I left money under my pillow because I was rushing to church. I had saved the money to pay the grade nine examination fees for my daughter. When I went back to the bedroom to get the money I could not find it; although I searched everywhere I still could not find it. My husband came back home very drunk that evening. I knew he had used my money to buy beer and I ordered him to return the money but he denied taking it. He accused the kids of stealing the money.

I challenged him, saying that my kids were not thieves. I threatened to have him arrested if he did not return the money. He said that I was ungrateful. He came close to me and in anger he twisted my arm and started hitting and pounding me on the table. He beat me severely. Hearing my screams, my son came and helped me run to their bedroom. My husband started hitting the door with a chair and threatened to burn us alive. I escaped out of the back door.

I was grateful that his family did not support his abusive behaviour. They advised me to separate from him. I stayed with his family for a long time. He would come and scream in my face and say that I should move out because it was his family and not mine. My children remained with him and I visited them when he was not around. I discovered that everything that belonged to me had been burnt and I had fears for myself and my children. As a result of the situation, my blood pressure was not stable and when it was high I would have to spend several days in hospital, but through counselling I have been able to manage it.

*These are not their real names

Comment on Zambia: My husband stole from me and abused me Cancel reply