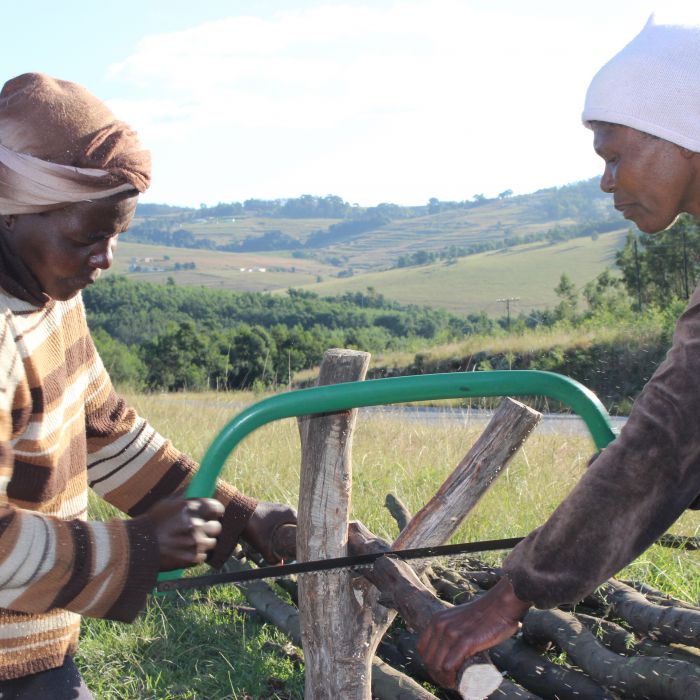 Johannesburg, 26 November: Each year as we commemorate Sixteen Days of Activism against gender violence, the most common question asked is, “How do we curb violence against women?” Of course there is no one single simple solution to this pandemic, but one of the key solutions is economic independence. When women are uneducated and financially dependent, they are less able to escape abuse and negotiate all aspects of their lives.

The absence of women’s economic equality is a primary factor in the perpetuation of gender inequalities and gender-based violence (GBV). Economic discrimination takes many forms. For instance work deemed ‘women’s work’ is largely undervalued and unpaid. Women are virtually missing from economic decision-making and also tend to be employed in the lowest paid and least skilled jobs. In developing countries women persistently represent the majority of the working poor. This economic disempowerment is further exacerbated by educational disparities between girls and boys.

Moreover and more disturbing is that in 2014 the few women that can access the economy, are not paid equal wage for equal work. This is not a developing economy phenomenon- it’s a global trend. In the United States women are estimated to earn 78% of what men earn, in the UK women earn 15% less than men, and in South Africa women earn 35% less than men. In other words, men can earn in eight months what women earn in 12 months. From all perspectives -constitutional, legal and ethical- this is absurdly and intrinsically unfair and a blatant infringement of human rights.

Women are also disempowered within the ‘informal sector’- a sector in which women outnumber men in most countries, because they are sidelined from the ‘formal economy’. Persistent sexist norms deny women access to basic productive resources such as land and credit, thus women have to rely on microfinance which offers very small loans- simply not enough for small enterprises to grow.

Whilst microfinance has played an important role in women’s lives, governments must ensure legislation guarantees equal access to productive resources and credit for women, and promote alternative funding models to meet the needs of business women at all levels. Furthermore, banks need to develop gender responsive lending mechanisms since women often do not own collateral due to traditional, cultural and social ‘norms’ that impede women’s inheritance and ownership of land.

Lack of access to the economy and appropriate finance reinforces gender inequalities and helps fuel GBV. When women are reliant on men for their economic wellbeing and survival, they are less likely to leave abusive relationships, and this perpetuates not only their abuse, but a broader cycle of violence. According to the Gender Links VAW Indicators study, child abuse and children’s experience of violence is a primary driver of GBV. Most perpetrators interviewed admitted having witnessed or experienced violence as children.

Economic abuse is also a form of GBV, used by perpetrators as a weapon of control which gives them more power to abuse physically, mentally and emotionally. Forms of economic abuse can include the restricting mobility and freedom of movement by denying access to money; refusing to allow a person to earn an independent income; or restricting money for household use and maintenance such as food and clothing.

It is because of this nexus between economic dependence and vulnerability to GBV that Gender Links developed the Entrepreneurship programme aimed at survivors of violence. The programme teaches life skills and business training, to help women become self-reliant, autonomous and free to negotiate their lives. To date GL has trained 1200 women in ten SADC countries since 2013, and will continue to support them through partnership arrangements with both the public and private sectors.

This kind of empowerment must be central to all national action plans to fight GBV and all gender equality strategies. This agency and autonomy gives women the freedom to choose and the capacity to participate in all spheres of public and private life. Not only do we need 365 days of political and social commitment to eradicating GBV, we need 365 days of empowerment!

Anne Hilton is the Entrepreneurship Manager at Gender Links- HQ. She has worked in entrepreneurial development for the last 15 years. This article forms part of the Gender Links News Service Sixteen Days of Activism special series, offering fresh views on everyday news.