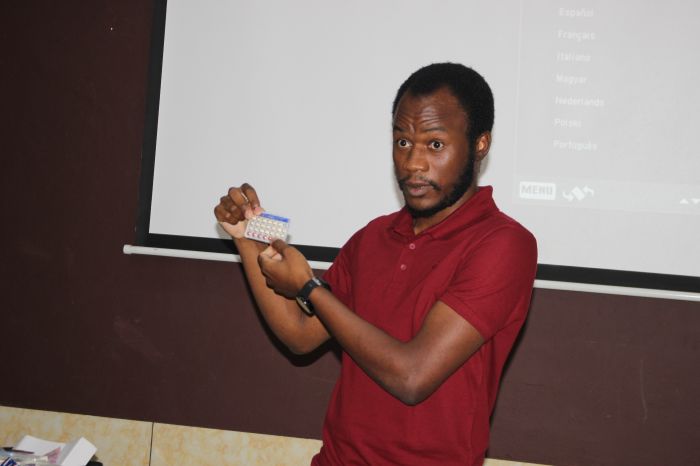 Unplanned pregnancies & unsafe abortions may rise due to lock down

Blantyre, 12 May: Twenty-three year old Mercy Phiri of Chikuli area, in Malawi’s Blantyre City West together with her nine friends are worried. They went to at least five times to Chileka and Chilomoni Health Centers in search for contraception and five times they have returned empty handed. On each visit they have been told the centers had run out of the contraceptives and had no idea when they will be available.

Dorothy Semani a sand collector from Chileka doesn’t know what she will do in the absence of the contraceptives. Jean Likongwe a nursery school teacher from Chilomoni says she does not want to experience what she did in 2017 when she had to practically raise two babies who were six months apart all because she got pregnant too soon.  Maria Tembo of Chileka a Likuni Porridge provider at a primary school in her area says she does not want to reach a point where she has to abort again like last year all  because she could not access contraceptives –these are just some of the stories Phiri’s friends were sharing as they were worrying  on the scarcity of the contraceptives in their area.

“When I tried to investigate further I was told that the central medical stores have been concentrating on buying essentials to curb covid-19. Issues like masks, sanitizers and soap,” said Phiri.

She lamented that with talks of a lockdown which had been briefly stalled after some human rights defenders challenged it in court they can only fear for the worst when it comes to accessing contraceptives.

Dr. Francis Makiya a Medical Doctor at one of Malawi’s major Queens referral hospital said in an interview that although he had not done formal follow ups to ascertain claims that women are being denied contraceptives, he can only remember a critical time a couple of ago when health workers were on strike across the country due to lack of personal protective equipment in this era of Covid-19.

“Women during this time were denied sexual and reproductive health services in various facilities. Pregnant women were refused antenatal care. In Blantyre in particular Queens Hospital was not operational to a point that patients had to be seen in health centers,” he said.

Makiya said that indeed most attention is being given to the pandemic but was quick to say that however, Malawi should not forget there are other pressing issues including access to SRH services. “We still have to stock these commodities and continue the services. At the moment the pandemic effects are yet to overstretch the system, we should get ready for that so that we dot disrupt key services such as access to reproductive health services,” he said.

Sexual Reproductive Health Rights Blantyre based champion Immaculate Mawala says this time around  SRHR services should gear up for  rise in unplanned pregnancies which could put pressure on clinics amid the ongoing Corona virus pandemic.

Mawala said she visited Queen Elizabeth hospital recently and what she saw there was heart breaking, at the department that provides family planning was suspended and the women had nowhere to go for the service. Of course this had been so because the nurses had been on strike as they were demanding better protective gears for the covid-19 and increased risk allowances.

“So with such scenarios I can only predict many unwanted pregnancies that could lead in rise of unsafe abortions and post-abortion care and this could put a strain on our already broken health system.

Women and girls will pay the bill if governments do not act now to defend access to vital healthcare, contraception and safe abortion,” Mawala.

Coalition to Prevent Unsafe Abortion representative Margaret Chiphazi says that despite Covid-19 pandemic disruption, the need for family planning will not change.  She said as health systems shift to prevent and treat people with COVID-19, it is crucial to protect access to family planning services.

“Sexual and reproductive health services and commodities are often overlooked in times of crisis, yet women continue to require family planning, menstrual health supplies and maternal health care. Here in Malawi have seen health systems forced to allocate staff and resources towards critical care services and away from other areas of care.

Terry Mponda of Blantyre Pregnancy Advisory Service warned that the prospect of a possible lockdown combined with a lack of access to contraceptives would surely fuel an increase in unintended pregnancies.

“Look, everything has been diverted to COVID but after COVID, another catastrophe will be women’s health, unless something is done right now.”

Mponda said, women who find themselves suddenly pregnant as the number of cases of Covid-19 continue to grow, are likely to feel “absolutely apprehensive” about continuing an unplanned pregnancy and surely abortion will be the only option.

“Unfortunately, most unintended pregnancies will result in unsafe abortions, and this could lead to deaths or straining government resources and this could place further strain on clinics amid the ongoing coronavirus pandemic.”

She said although on issues of abortion services it could tricky because Malawi only allows legal abortion services when the life of a pregnant woman is at stake and that does not include abortion by someone who simply feel that she should abort because she does not intend to keep the pregnancy.

Another serious threat about accessing abortion services is the fact it is deemed a “non-essential” health service. “So how then can governments and health care providers responsibly act on behalf of women and girls during this crisis?

Independent researchers from Lilongwe have since predicted that over 5 million women in low and middle-income families could lose access to contraception, leading to 1 million unintended pregnancies and over 500,000 unsafe abortions if Malawi endorses a lockdown which could cause major disruption to the services.

Director of Drug Centre Grace Chimphazi said for now another problem has been virus-related shutdowns in countries that manufacture contraceptives which has led to supply shortages across Africa.

“Our company was supposed to receive a consignment of contraceptives this week to aid us for the coming five months but it has been cancelled,” she said.

Chimphazi said they do not know when the contraceptives sent from India will arrive. There have been no new shipments for a month.

UNFPA acting deputy executive director, Ramiz Alakbarov, said these are very realistic scenarios.” “What we are saying is please doing not deprioritize reproductive health and family planning services,” he said.  “This is a crisis within a crisis for women,” he told the Thomson Reuters Foundation.

He said health services may be too busy tackling COVID-19 to be able to provide family planning services. Women may also avoid visiting clinics due to infection fears or because of restrictions on movement.

The pandemic is also disrupting supply chains. Many types of contraceptive are expected to run out within the next six months in more than a dozen poorer countries, UNFPA warned.

Thom Sauzande Dean at Mulanje Mission College of Nursing said one option that can be used in such scenario is Cycle beads which are one of the natural contraceptive methods that help women to count their menstrual cycle days and get aware of their fertility period, and then abstain or use protection to plan or avoid pregnancies.

“Cycle beads are composed of 32 beads; 12 white, 18 chocolate beads, one red bead, one dark brown (or black) bead, a ring and a flesh to show the direction of the cycle. And if used properly unwanted pregnancies would be avoided,” he said.

Penelope Paliani-Kamanga, is a journalist from Malawi. This story is part of the GL News Service Gender and COVID -19 news series.