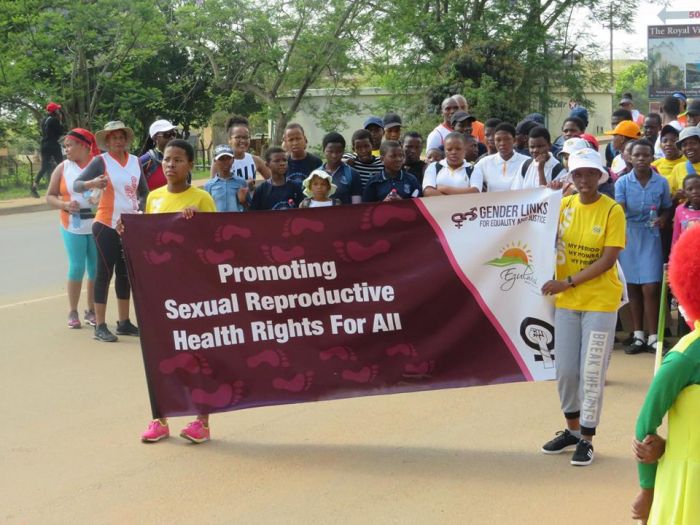 Mbabane, 24 April: Following the outbreak of the Corona virus Sexual and Reproductive Health (SRHR) has been impacted negatively by the pandemic as people can no longer access SRHR services.

With all the attention directed towards the COVID-19 a lot of reproductive health services have suffered. In Eswatini this has seen the distribution of condoms taking a nose dive in the country. Public places where contraceptives such as condoms were distributed including public toilets, bars, offices have seen condom containers going empty. Even some shops have seen condom shelves going empty. What made things worse is that following the Prime Minister Ambrose Mandvulo Dlamini announcing a partial lockdown which restricted movement in the country people have not been able to travel to visit some organizations such as the Family Life Association of Eswatini known as FLAS. This organization based in Manzini offers a variety of sexual and reproductive health services to the public.

A tour around the Manzini Municipality proved that indeed contraceptive shelves are running dry. Even the city’s busiest public toilet which is usually stacked with condoms had no condoms yesterday. The Municipality’s Public Relations Officer Mathokoza Thwala when probed about the condom shortage at the public toilets said they replenish the condoms once a week and the date for the next replenishment is tomorrow (Friday) 24.04.2020. “I think the last stock had been depleted but we’ll surely replenish tomorrow. It shows that people are using the condoms and we encourage that for family planning purposes and prevention of sexually transmitted infections” Thwala stated.

Meanwhile in a statement the United Nation Population Fund (UNFPA) Eswatini stated that the absence of voluntary family planning in emergencies, including condoms and emergency contraception, increases the risk of unintended pregnancies, health risks for pregnant women, and possible health consequences for those who resort to unsafe abortions.

The UNFPA has pointed out that the distribution of contraceptives is crucial during such times.  According to the UNFPA during public health emergencies, human and financial resources are often diverted from various health programs to respond to the infectious disease outbreak. “Sexual and reproductive health services are being impacted by the pandemic and must be prioritized. High Maternal Mortality Ratio (MMR) in a country is a strong indication of a weak health system. The COVID-19 pandemic will further strain health systems, and is expected to severely impact the health systems of low- and middle-income countries – with worse impacts in countries experiencing fragility and humanitarian crises” a statement from UNFPA read. UNFPA advised that preparedness and response support to countries with high maternal mortality rates will be critical in low income countries – and in pockets of populations with high maternal mortality rates in middle-income countries.  The UNFPA stated that such measures must pay special attention to ensuring the continuation of basic services such as maternal and newborn health and sexual and reproductive health services and supplies.

The UNFPA stated that surveillance and response systems should be disaggregated by sex, age, gender, and pregnancy status and where relevant, special attention should be given to vulnerable populations such as persons with disabilities, HIV-positive persons, adolescents, elderly, indigenous people, and people of African descent, refugees and migrants.

“Ensure women’s and girls’ choices and rights to sexual and reproductive health is respected regardless of their COVID-19 status, including access to contraception, emergency contraception, safe abortion to the full extent of the law and post-abortion care” the UNFPA stated. The organization further explained that its commitment to serving the most vulnerable including the hard to reach, is stronger than it was before. This pandemic according to the UNFPA severely disrupted access to life-saving SRHR services at a time when women and girls need them most. Another issue which has reared its ugly head these days is the issue of abuse. According to Swaziland Action Group Against Abuse (SWAGAA) they have recorded a high number of reported abuse cases around this time of the year  than in previous years.

SWAGAA Advocacy and Communications Officer Slindele Nkosi-Nxumalo said despite the partial lockdown the organization is continuing in providing her services to the public regardless of the limited movement expected from the public including SWAGAA employees. Nkosi-Nxumalo said while respecting His Majesty King Mswati III’s call for staying at home & limiting movements, the organization has put measures in place to rapidly respond to emerging cases of violence and abuse by first, working from all of SWAGAA’s counselling sites at partial restrictions. “here, walk-in clients get to have a face-to-face session with one of our Case Management Officers between 8am – 1pm. Secondly, the organization has introduced a free-based SMS  platform courtesy of UNICEF Eswatini which allows one to receive online counselling. This platform is available on the MTN network on a 24-hour basis” Nkosi-Nxumalo said.

The Advocacy and Communications Officer said  organization works with community-based responders and motivators, the Police and Health workers as a response machanism to most cases of violence and abuse where required.

“The number of cases reported has increased compared to monthly statistical information received on a normal month” she said. Nkosi-Nxumalo said this may be contributed by the fact that most people have more time at their disposal now than before. She said in as much as there is limitation in movement, the public is still reporting & the lockdown does not necessarily mean that abuse has stopped she said in actual fact it is more rife now than before.

Sifiso Nhlabatsi is a Eswatini journalist. This story is part of the GL News sevice , Gender and COVID 19 news series