Representatives from the Alliance Sexual Reproductive and Health Rights (SRHR) and Economic Justice clusters have called on the Southern African Development Community SADC leaders to increase efforts on curbing Trafficking in Persons (TIP) in the region. The call was made at the conclusion of a three day cluster strengthening meeting in Harare, Zimbabwe. 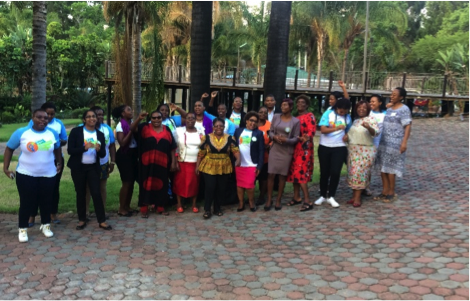 The meeting which sought to strengthen the Alliance by building strong Economic Justice and SRHR clusters to promote a strong women’s movement around the themes of the Protocol as well as build the capacity of civil society to engage with government. Delegates at the two meeting identified TIP as a key SRHR and Economic Justice advocacy issue in the implementation of the revised SADC Gender Protocol aligned to the Sustainable Development Goals (SDGs).

While regional statistics on trafficking are not readily available for all the 15 countries, the issue has been placed high on the SADC agenda. A baseline report produced by the SADC secretariat in July shows the gaps in reporting cases of (TIP) in the region. At least eight countries (Lesotho, Malawi, Mauritius, Mozambique, Namibia, South Africa, Swaziland, and Tanzania) for which data could be obtained identified 50 victims per year. According to the report these low official figures point to the challenges in identifying incidents and victims of TIP in the region.

While Zimbabwe was not part of the ground-breaking study cases of TIP have surged in the country since the beginning of the year with an estimated 200 women alleged to have been trafficked to Kuwait alone. To date only 101 have been repatriated.

The Alliance will roll out two other campaigns aimed at fundraising for gender equality and ending child marriages.