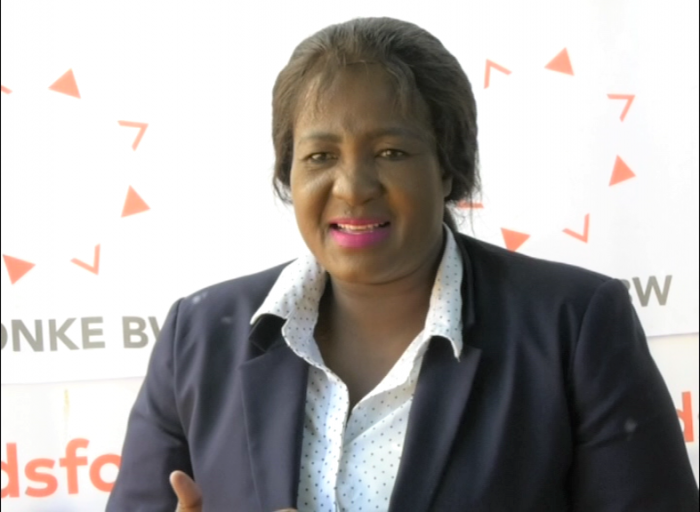 Gaborone,  10 December :  The prevalence of Gender Based Violence (GBV) amongst sex workers is not well documented,  although GBV remains one most notable human rights violations says Botswana Network on Ethics, Law and HIV/AIDS, (BONELA).

BONELA says the organisation’s programme data suggests that sex workers are vulnerable to violence including sexual violence at the hands of their partners and clients.   Cindy Kelemi-Baeletsi, the organisation’s Executive Director said they have noted incidences where sex workers report intimate partner violence, financial and emotional abuse. She said the level of violence makes sex workers vulnerable to HIV infection, with an HIV prevalence 3 times higher than the general population.

On the other hand, Tosh Beka, Sisonke Botswana Executive Director,  said sex workers worldwide continue to face a wide range of barriers to access justice, both as victims of crime and when they are being charged with crimes of prostitution. She stressed that like many other countries, GBV  among sex workers in Botswana is widespread.  According to Beka, female sex workers experience an increased risk of physical and sexual violence, highlighting that the violence sex workers encounter rears its ugly head on a regular basis.

Beka said mental health support for sex workers is fundamental as it is the foundation of coping with the circumstances they face, highlighting that the feedback they get from their members indicates that stigma and discrimination towards sex workers still exist as evidenced by instances of the contemptuous commentary on social media.

Sisonke has noted incidences on social media spread by the general public that sex workers were responsible for the spread of the coronavirus due to their nature of their work, however, that was not true.

“Since the outbreak of Covid-19 and lockdowns, we engaged our members, through different platforms, we worked in collaboration with National Aids and Health Promotion Agency, NAHPA and Ministry of Health and Wellness with the intent to teach the nation on how to care for themselves in the midst of the pandemic, we encouraged the sex workers to stay home and not meet with their clients until the virus declines”, she said.

Like other communities, the sex workers have felt the devastating effects of covid-19. They continue to encounter challenges more especially those individuals with underlying conditions. Beka said accessing services became a bit challenging which is a reflection of the fact that they face rights violations within their communities. She added that in the advent of covid-19, sex workers uses the mobile emergency response system to report cases of violations and some have been referred to BONELA for further investigations.

Sex workers fear being stigmatized and they find accessing public health facilities a bit challenging, as they continue to face stigma and discrimination amongst health care workers. Most sex workers frequent Botswana Family Welfare Association to access health services, this is a nationally recognized leader in Sexual and Reproductive Health, it ensures reproductive health including family planning as a human right to all individuals and families. Speaking to  Youth action Movement Outgoing President Precious Ndlovu,  Bofwa provides HIV testing and there is a programme called Leakages whereby sex workers are visited in certain areas.

” We have hotspots in some selected areas where we park our mobile clinic, we provide those who have tested HIV positive with anti-retroviral, ARVs, condoms, we provide pap smears, and our clients are checked every year or at least twice a year,” said Ndlovu.

Ndlovu said  BOFWA  has a social worker and counselor in place who holds sessions with anyone, not just se workers who need counseling services. She said before the organization had a project whereby they assisted victims of Gender-Based Violence directly, currently, they refer them to Humana People to People and any Non-Governmental Organisation that deals with gender-based violence directly.

The Sex Work and Violence in Botswana Needs Assessment of 2016 has shown that sex workers experience high levels of violence, ranging from societal stigma and discrimination to beatings, theft, and rape. The main perpetrators are clients and law enforcement workers. 66 % of sex workers experienced violence in the year preceding the study.

Sisonke Botswana Executive Director Beka said because sex workers are penalized by the law, they are already scarred by their reality, as well as society’s perception that they can do as they please to violate their basic human rights. “Sex workers experience high levels of sexual violence and discrimination due to laws criminalizing aspects of sex work such as solicitation”, she added.

With the intention to offer psychosocial support, Sisonke has formed a Whatsapp group where they engage with sex workers and group counseling including providing support for sex workers. In cases where one needs privacy, they are offered counseling separately by a social worker who has been hired on a retainer fee by the organization.

Since sex work is criminalized, Beka said as an organization they strive so hard to advocate for the human rights of sex workers and they are pushing for the government of Botswana to decriminalize sex work as it is there to stay and it is not going anywhere.

With the aim to ensure human rights become a reality, the Botswana Network on Ethics, Law and HIV/AIDS, BONELA has called upon the government to take immediate action as guided by the human rights principles to promote, protect and fulfill the rights of sex workers.

Cindy Kelemi said BONELA in collaboration with Sisonke Botswana currently is implementing a project called Hands Off, which is aimed at supporting sex workers who are experiencing all forms of violence by providing them with psychosocial support, legal services, linkage with other service providers including the police, emergency shelter as well as relief services, for example, food packages.

“We also have an emergency response service where a sex worker in distress can contact our offices for help”, said Kelemi.

Adding to  Kelemi, Sisonke Programme’s officer, Mandla Pule said the Hands Off Project is done through a number of interventions that include, access to justice, HIV and STI prevention, treatment and care services, psychosocial support, and the mobile emergency response system which sex workers use to report cases of violations and request for other health care services.

Furthermore, Kelemi said there is a need for data to establish the prevalence of GBV among Sex workers, stressing that nationwide research is long overdue. She added that there is a need to address stigma and discrimination against sex workers.

“Community attitudes need to change so that sex workers can come out in the open and access services, especially HIV services. We also need comprehensive programs to address the needs of children of sex workers who require life skills programs, psychosocial services as they too become affected by what their parents do for a living”, she said.

Furthermore, Pule said there is a continued need to support the removal of legal and health-related barriers and also stigma and discrimination should be addressed through engagement with community leaders and members.

Pule added that the public needs to understand that sex work is work and needs to be treated as such.

“Sex workers are part of our community, they are mothers, sisters, and aunts, they engage in sex work to improve their socio-economic status. It is in the best public health interest to protect them,” said Pule.

Launching the 16 days of Activism recently, the Minister of Nationality, Immigration, and Gender Affairs, Annah Mokgethi has appealed to the general public to take responsibility and fully collaborate and offer support with the aim to combat issues of gender-based violence. She said the scourge of GBV is worrisome hence there is a need for a collective effort.