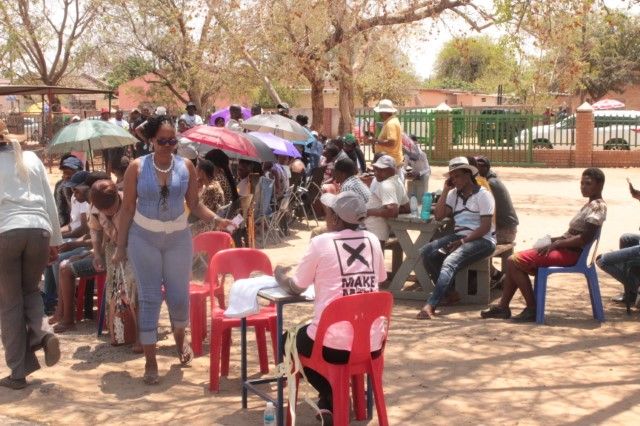 Gaborone, 8 November: With just two elections until 2030, the deadline for the Sustainable Development Goals (SDGs), the representation of women in the Botswana parliament has increased by just one percentage point from 10% to 11%.

A paltry seven women have made it to the Botswana Parliament following the general elections held on 23 October 2019.  Only three women were elected from the 57 seats during the elections. The additional four women out of six seats were appointed and confirmed as Specially Elected Members of Parliament (MPS).

Although the MPS seats have increased from four to six since the last general elections, Botswana is far from reaching the target of women’s equal and effective representation in parliament as required by the Southern African Development Community (SADC) Protocol on Gender and Development. The Protocol is aligned to the global SDGs. SDG 5 concerns gender equality. Results from the local government elections, that took place simultaneously, are still being computed.

Women activists applauded the president and parliament for applying the 50/50 principle to the Specially Elected Seats, but noted that the lack of progress in the First Past the Post seats points to systemic issues that need to be addressed.

“For us to succeed in achieving SDGs, we need equal representation of women and men in political leadership,” noted Onneetse Makhumalo, Gender Links (GL) Botswana country manager. “It is our hope that President Mokgweetsi Masisi will make it his priority to change the status of gender parity in Botswana, including through the reform of the electoral systems.”

GL applauds women like Keabonye Ntsabane, a gender activist and leading advocate of the 50/50 campaign, who contested and won the local elections in her second such effort.

Reflecting on her journey, Ntsabane said that, “I am very proud and grateful to have been part of these elections and to have overcome the hurdles that come with contesting as a woman. I stood against four men and emerged victorious; I now have first-hand experience of the challenges faced by women in the political landscape. I would like to applaud women who contested in these elections; I would like to also encourage more women to believe in themselves and to contest.”

Globally and in the SADC region it has been shown that the Proportional Representation (PR) system is far more conducive to women’s political participation than the FPTP system. Furthermore, there is a direct correlation between the existence of Temporary Special Measures (TSM) to increase women’s political participation and their representation in parliament. Botswana has a FPTP system and no TSM, leaving it at the bottom of the SADC league. South Africa, with 46% women in parliament, and Lesotho, with 49% women in local government, lead the way in the region.

GL will continue to advocate for the review of the Botswana electoral system currently under use; the First Past The Post (FPTP) electoral system, as it has not yielded positive outcomes for representation of women, youth and marginalised groups. The country should consider a change to either Proportional Representation (PR) system or the Mixed system which has yielded positive results in other countries. Deliberate measures must be put in place to effectively implement the gender equality and women’s empowerment commitments made by Botswana as a State Party to the international, continental and regional instruments.

We encourage CSOs to continue with their public education on ending patriarchy and its effects in the political leadership by men and women. We further encourage fellow CSOs to continue investing in training and preparing women especially young women to contest in elections.

Stakeholders must therefore, put concerted efforts to further interrogate the causes of low numbers of women who contested and were elected to parliament, with a view to address such through the implementation of appropriate strategies.

GL would like to take this opportunity to congratulate the female MPs in Botswana and pledge its support to them in the execution of their duties.