News Botswana: The People versus the LGBTIQ+: What come... 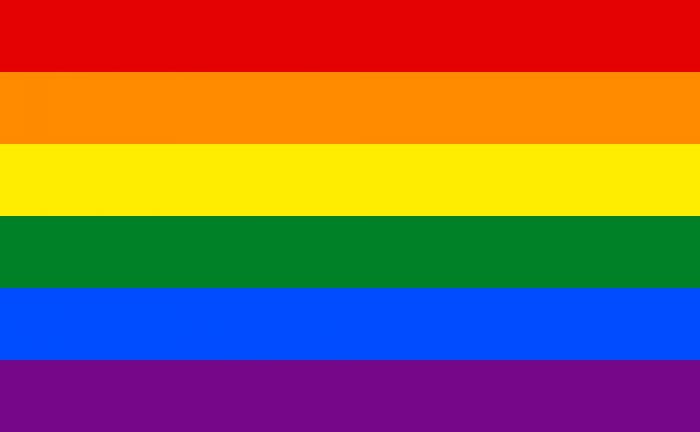 Botswana: The People versus the LGBTIQ+: What comes first the law or people’s attitudes?

Gaborone, 10“To be honest,” she whispers, “I don’t think there will ever come a time when they will legalize it. Unless with some force from donor funding,” says Penelope Kamanga.

Kamanga, is a gender reporter and correspondent with The Southern Times in Malawi and is referring to the decriminalisation of the Lesbian, Gay, Transgender, Intersexed and Queer people in her country. Kamanga is having a private conversation with this reporter during a three-day LGBTIQ+ Sexual and Reproductive Health and Rights – SRHR focused workshop for SADC journalists hosted by Gender Links South Africa in Johannesburg from 10th – 12th April 2019.

‘The law needs to change, we want to be free’ advocacy booklet co-produced in May 2018 by LEGABIBO, UNDP, Southern Africa Litigation Center and the Open Society Institute for Southern Africa (OSISA) highlights how by “criminalizing sexual activity and not sexual orientation” the Botswana Penal Code Section 164, 165 and 167 gives the impression that it is illegal to be gay.

The human rights advocates also emphasize the negative impact this impression and “vague and broad reach of the law” has had on the LGBTIQ+. A Case in point is when the Botswana government refused to register LEGABIBO, and the Court of Appeal overturned the decision and clarified that the law does not “extend to criminalising LGBT persons themselves” only the consensual sexual acts of persons of the same sex.

In January 2014 in Zimbabwe a transgender person was apprehended for using a ‘female toilet’ and charged with being a “criminal nuisance”. However, the prosecutor eventually failed to prove a crime had been committed. In March 2015 the Zimbabwean transgender woman sues for damages. By July 2017, the trial begins; and in June 2018, the ruling ZANU-PF reportedly meets with LGBTIQ+ groups in the build up to this year’s July 30th national elections.

*Doris, a transgender woman from Zambia observes that, “As long as we are not visible we are fine. Governments want us to be underground, so that we don’t mess with the status quo. But being visible is also part of raising awareness within the broader community on the lives of LGBTIQ persons. Homophobia and Transphobia are an irrational fear and as long as LGBTIQ persons are not visible these fears will continue to thrive within society,” she says.

Doris was born biologically with male genitalia and had for a long time identified as a gay man though “deep down she always knew she was different”. She has since most recently made a to start hormonal replacement therapy in order to fully transition into a woman, “a self-affirming transgender woman” which is what she now identifies as.

In Malawi, in May 2018 a gay man was arrested for “gross indecency” and most recently there was a Presidential debate held in Mzuzu (a city in Northern Malawi) during which the Presidential candidates were asked what they would do in context to LGBTQ issues if they won the race? One of the candidates refused outright and expressed his disinterest in addressing LGBTIQ+ issues explaining that he does not want “foreign behaviours” coming into his country.

Another candidate said that “we will do a referendum” an idea the moderator brushed off, explaining that conducting a referendum on a minority issue is pointless. “The moderator told the presidential candidate that a referendum in this context is like asking 100 people who don’t believe in gay issues “what is your opinion?” says the Malawian reporter.

On 11th June 2019, the Botswana courts are expected to make a decision on the LGBTIQ+ case determining whether Section 164, 165 and 167 of the Penal Code should be repealed. This case comes after President Mokgweetsi Masisi publicly announced that the LGBTIQ+ communities in Botswana have the right to be protected.

“The courts are under pressure right now. Angola decriminalised. Kenya is waiting for Botswana to rule. Botswana is also waiting for Kenya to rule. This is so that when the bench rules they can say it is a trend in Africa. No one (country) wants to take the first move. My bet is on Botswana to rule first,” observes Doris.

The Zambian human rights advocate says the biggest concern seems to be the precedent that these LGBTIQ+ court cases will set. “Governments are asking themselves what happens after we decriminalise? Will history judge them for being responsible for the moral degradation of the nation?” asks Doris.

In Botswana advocates point out progressive precedents that have been set. The Attorney General of Botswana v Rammoge and 19 others stipulates that LGBTIQ+ persons are entitled to a “protection of all their fundamental rights and freedoms, including the right to dignity and to associate freely amongst other protections in the workplace, against domestic violence, and to facilitate access to justice.”

Another judgement which was considered progressive was in 2017 when the Botswana High Courts, for the first time in Botswana’s history, recognised the right of a transgender man by ordering the Registrar of National Registration to change his natural identity from female to male. Similarly, Section 141 of the Penal Code was amended to make the “definition of rape gender neutral to extend beyond vaginal penetration to penetration without consent of a sexual organ or instrument into the person of another for sexual gratification.”

Critical arguments are being raised by the courts. In Botswana’s case moral arguments raised include the notion that ‘the society has changed’ and has over the years become more accepting of homosexuality. This argument holds little water in Kubi Rama’s eyes who rhetorically asks when will the people be ready? And who gauges the readiness of the people?

Rama, a Gender Links South Africa advisor uses her experience growing up during the apartheid era in South Africa as the reason why it is inconsequential to even ask such questions. Rama uses apartheid as an example and asks the attendees of the workshop to think on whether leaders of the apartheid era would have ever reached the point where they were ready to accept people of colour as equals.

“Should we change attitudes first, and then the law? Or the law first and then people will follow. For me it is both. It has to be a multi-thronged approach. Let us educate people while we decriminalise. Government always take advantage of the fact that we do not know our own rights,” says Doris.

Similarly in Namibia in August 2016, the Ombudsman of the country was quoted saying, “If people of the same sex would like to get married, it is their choice, whether the country, the community, churches and government acknowledge that (is something else).”

Angola, Mozambique, Lesotho have decriminalised same-sex acts, as well as South Africa where the LGBTIQ+ have full protection enshrined in the constitution “however lived experiences and realities may differ. I actually feel safer in Zambia than in South Africa,” says the transgender woman from Zambia, who is currently on hormone treatment.

Eswatini, in June 2018 hosted its first ever Gay Pride parade or march, with no police interference or violence from the community although homosexuality has not been decriminalised. “Gay pride parades illustrate whether society is ready or not. Hosting a gay pride march is to say the country’s psyche is ready,” explains Doris.

A transgender woman – she was born a man but identifies as a woman – from Namibia called Deyonce (think Beyoncé) says although it is good to be “out” there are still issues of their safety and security that need to be addressed. “How safe is it to outs myself?” says Deyonce who explains that she constantly has to worry about her safety.

She also observes that more synergies and intersections need to be found in the human rights movement because, “Feminists have always believed that transwomen are not real women,” shares Deyonce. “Our agenda is not even about marriage, or that we want to get married. This is about my freedoms and rights,” she says.

Mmanteboheleng Mabetha from Gender Links Lesotho says it is common for politicians to hide behind their electorates and refrain from discussing issues under the pretext that “they don’t want to lose party elections” but that when it suites them they pass laws without consulting the public.

“Politicians say they put people first but when it comes to LGBTIQ+ and safe abortion issues they hide behind the people. Politicians are the ones not wanting to advocate for these issues.” Her colleague, Gomolemo Rasesigo, of Gender Links Botswana also attests to the importance of political will and attitude, “People’s personalities inhibit the issues to be discussed. Issues of safe abortion are interfered by personalities who will then use Christian beliefs to create hindrances.”

Kamanga has experienced this negative attitude when she reports on issues to do with LGBTIQ+ and other topics deemed as ‘sensitive’ such as abortion – safe or unsafe. She is immediately “judged” by the readers who think by virtue of writing the story she has chosen a side. “Your family will start commenting about how you have started writing about “these issues” and the pastor at church starts looking at you silly,” says the Malawian journalist.

But regardless of how she feels about it she forces herself to be objective, and also to learn and understand the subject. “We are conflicted between religion, culture and writing about LGBTQ issues as journalists,” says Kamanga. “Now things are different particularly in context to HIV and AIDS  which helped to raise the profile of LGBTIQ+ issues as they relate to access to health.” Kamanga notes that media needs to be conscious of the implications of what they write and address; using the Rwandan genocide as an example she emphasizes that journalists have the responsibility to take initiative with their reporting without inciting any violence.

LGBTIQ+ advocates explain that decriminalisation is not the end, but only the beginning and are quick to point out that current legislations are largely based on colonial Britain. “Our Constitutions are relatively new compared to our Penal Codes. It is therefore important that ancient and colonial penal codes are aligned with the basic protection of human rights for enshrined in most of our constitution” observed Doris. Further adding that “governments and state agencies have the duty to protect the rights of all citizens especially minorities and other marginalised groups.”

This article is written by Boitshepo Balozwi .It is part of Gender Links #VoiceandChoice news series. This article was first published in  the Botswana Guardian edition of Friday, 10th May 2019.

Comment on Botswana: The People versus the LGBTIQ+: What comes first the law or people’s attitudes? Cancel reply