News Botswana: Women in sport in the limelight... 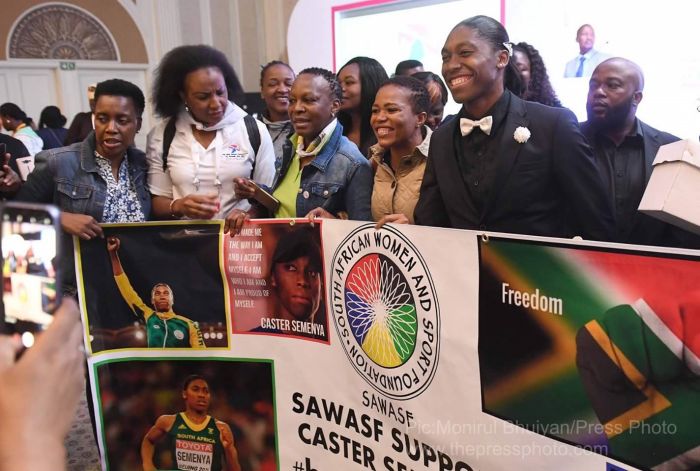 Botswana: Women in sport in the limelight

Gaborone, 21 May: The International Working Group (IWG) on women in sports convened a four day conference in Gaborone from 17- 20 May 2018, under the theme, ‘Determine the future, be the change’.

The conference attracted over 1400 participants including athletes, researchers, academics, sports administrators, international development organisations, sports organisations, associations and sports ministries from across the world. Caster Semenya, Amantle Montsho (both Commonwealth Games gold medallists) and Phiona Mutesi chess player from Uganda whose life story was recreated in the film Queen of Katwe were amongst the household names present. Among the high level delegates present at the conference was the former president of Finland Tarja Halonen. In her keynote address, Halonen stressed the importance of supporting women in sport and putting mechanisms in place for their support.

This event brought to an end a journey that began 4 years ago when Botswana took over as the secretariat and Co- Chairperson of the IWG from Finland.  As the secretariat Botswana was given a mandate to host the International Conference in 2018. While hosting Botswana implemented a 2014 – 2018 IWG strategy with a vision, ‘A sustainable sporting culture based on gender equality that enables and values the full involvement of girls and women in every aspect of sport and physical activity.

Globally women in sport continue to be undermined and their participation not given equal value to that of their male copunterparts for example  there is a prevalence of unequal pay for men and women doing similar sport. This inequality also applies to  leadership positions. Globally men are in the majority of leadership positions in sport. Discrimination on the basis of gender remains a burning issue in the sporting world.

This conference discussed females’ sports leadership, Gender Based Violence (GBV), gender pay gap, disability in sport amongst others, which was still worrisome in most countries. Numerous findings of studies presented at the conference showed that men held most leadership positions. Gender Based Violence remains a worrisome issue in the sporting world as women and girls still experience different forms of abuse. There is a gap in the statistics but a study carried out by European Union looked into 38 different studies conducted on GBV in sports and estimated that sexual violence in the EU states ranged between 5% and 17%. Sexual abuse was 14% among girls and emotional abused ranged between 2% and 75% and verbal abuse 31%.

Other matters discussed include the general inequalities that exists in sport such as unequal pay for same sports, which meant that women had to work harder to earn a living out of sports. The plight of the disabled and other minority groups within the sporting fraternity remained a concern as well. Sustainability and continuity of sports through targeting young girls came up as an area that still needed a lot of work in most countries. Participants did agree that the lack of gender equality policies in sports across countries made women vulnerable.

In a side meeting by the African Cluster an agreement was reached to petition the International Associations of Athletics Federation (IAAF) which has taken a decision that a separate female classification for an athlete with differences of sexual development (or DSDs) will be introduced. Such athletes, including Semenya, will have to reduce and then maintain their testosterone levels to no greater than 5nmol/L by 1 November if they want to compete in events ranging from 400 metres to a mile. Those at the side meeting viewed the rule as being discriminatory against African female athletes hence the reason for the petition and were also supported by all present at the conference.

In efforts to bring gender equality in sports, Gender Links through the Common Wealth played assisted the Botswana government through the Sports ministry, IWG, Women in Sports Botswana (WASBO), Botswana National Sports Commission (BNSC) and The Botswana National Olympic Committee (BNOC) to mainstream gender in Botswana sports. This made Botswana the first country globally to have a Gender Mainstreaming strategy specifically for sports.  Gender Links Botswana will continue to work with those in sports to ensure that gender is mainstreamed at all levels in sports. Botswana team presented a case study on the above and how WASBO will integrate the gender mainstreaming framework with the Strategic Plan and the monitoring and evaluation tools they were to put in place.

Closing the event the Minister of Gender Nationality, Immigration and Gender Affairs recognised those who came to the conference for their valuable participation and contributions. She also recognised the role played by the IWG team for the past 4 years in ensuring that a legacy was left after the conference. Botswana will work towards ensuring that significant change is made regarding women in sports going forward. Botswana hands over the batten to New Zealand, who will host the 8th IWG World Conference in 2022.

Comment on Botswana: Women in sport in the limelight Cancel reply