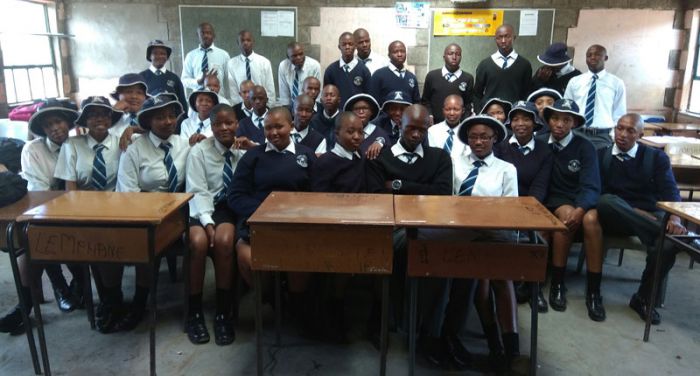 Maseru, 30 June: – Arranged child marriages continue to occur in the Thaba Tseka district despite the call by the government for the practice to come to an end.

Recently, a 15 year-old girl from Ha Mats’umunyane Thaba Tseka, was forced to marry a 24 year-old man on June 12 2020. She said her only wish is to pursue her studies and become a nurse and not to get married at a such a young age.

She said when she arrived there, she was shown a big house which they said it belonged to her, and was told the following day they will go to town to buy the necessities and that included furniture.

“I told them I did not want to get married, but to go to school and he told me I will go to school from there, but I told them that could not happen,” she said. She was married at Thaba Khubelu, which is about two hours from her village.

Her father also indicated that he could not allow his 15 year old daughter who is in Grade 7 at Lihloahloeng Primary school to get married and have her future ruined unnecessarily. He said he fetched her the following day after reporting the matter to the chief and the Police.

He also confirmed his daughter’s marriage was arranged by his sister-in-law as she claimed the man is loaded with cash as he was an illegal miner who just arrived after he disappeared for many years.

Speaking to Gender and Child Protection Unit (CGPU) Sergeant Ts’unyane had confirmed that the marriage was arranged by the girl’s relatives adding that reports indicate that the girl was summoned to her aunt’s house, but had no idea why she was called.

He continued to state that after her father was informed of her daughter’s marriage, the following day he demanded for the return of her daughter and had taken measures to get her back.

“A case was opened and the man was charged with Sexual Offences Act of 2003, and had appeared before the Magistrate court and was released on a bail of M500.00,” he said.

He appealed to the community to report such incidences to the Police.

Speaking to Chief Ts’okoliso Letima of Bobete, he reiterated on the fact that early marriages are still happening in Bobete, but stated that they are not reported, adding that the reason could be that such marriages are arranged.

Chief Letima said in his area, orphaned children are the targets for arranged marriages as those who arrange hope that is going to help shift the burden on their shoulders.

He said they fail to intervene as family members do not report and they only learn that a child was married when they return as promises are no longer fulfilled, or the child becomes a victim of abuse.

He said recently, about three marriages have been reported, and had worked hard to ensure those children return to their homes and allow had given the left everything in the hands of the law.

Sexual Reproductive Health Mentor Ms. Ts’ireletso Aporile said the young mothers who are aged between 19 and 24 together with those aged 16 and below who are regarded as high risk are still at the risk of not being able to deliver normally.

Aporile said the challenge the high risk and young mothers are faced with include amongst others not attending the antenatal clinics  in a satisfactory way, not being able to express themselves, inability to take care of their young ones and not producing enough breast milk as their nipples have still not developed well.

She said their pelvic bones at that age have still not developed and therefore the mother and the newborn child could become vulnerable and end up being disabled.

“Lack of nutrition is also a main challenge as they do not eat properly for fear that their pregnancy may show up early, unaware that affects their nutrition status,” she said.

Since young mothers could face complications during labour, they are advised to be nearer to the hospital so that if complications occur, Doctors attend to them

Phulenyane Matseletsele from Lesobeng Ha Letsika, speaking condemned the practice of early marriages saying marrying young children could lead to loss of lives, and could lead to depression as children get to face a lot of things they cannot solve at an early age as they are still vulnerable.

The local authorities such as Chief ‘M’aseepheephe Matete from Manamaneng have indicated that most of the child marriages are not reported adding that because of that, many continue to get married at an early age.

In April 2018, Princess Senate was appointed as the National Champion of ending child marriage, as part of efforts to strengthen the campaign against Child Marriage in Lesotho , which was launched in November 2017.

In November 2019 Lesotho News Agency (LENA) reported that the government of Lesotho has committed to criminalising early and child marriages to reduce all forms of violence against women and children.

According to LENA the then Minister of Development Planning, Dr Tlohelang Aumane had disclosed that when delivering the Government of Lesotho’s commitment to accelerating the promise of the International Conference on Population and Development (ICPD) held in Nairobi.

LENA reported that Aumane said the government intends to harmonize all laws in line with the International Gender Equality Protocols and Conventions to prevent gender-based violence and protect women, girls and children.

Girls not brides notes that child marriage is driven by gender inequality and the belief that women and girls are somehow inferior to men and boys. It said there is limited information on child marriage in Lesotho, but available studies suggest that it is driven by traditional customs and limited awareness:

Lesotho has committed to eliminate child, early and forced marriage by 2030 in line with target 5.3 of the Sustainable Development Goals.

Lesotho is one of 20 countries which has committed to ending child marriage by the end of 2020 under the Ministerial Commitment on comprehensive sexuality education and sexual and reproductive health services for adolescents and young people in Eastern and Southern Africa.

Reports indicate that child marriage in Lesotho have gone up from 19 to 24 percent.