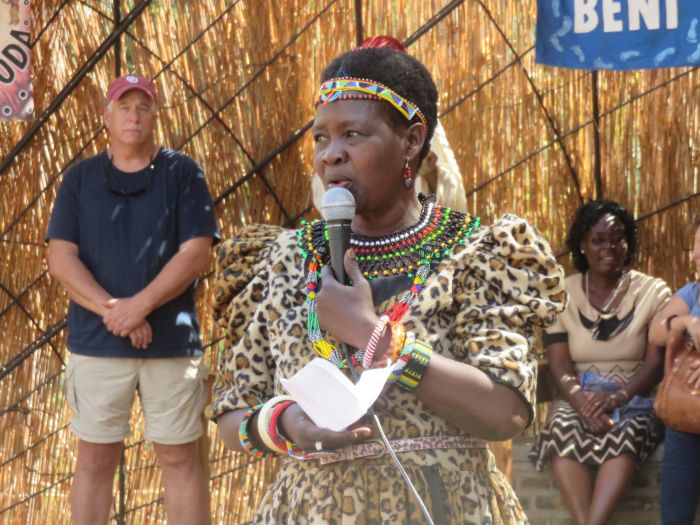 Child marriages: Is prosecution the answer?

Malawi: 08 May 2019, A constitutional amendment of 2017 in Malawi may have raised the age of marriage from 16 to 18 for both boys and girls but child marriages are still rampant, a development that has compelled some rights activists to call for stiffer penalties including jail terms for executors of child marriages. A 2012 United Nations survey had revealed stunning revelation. It found that more than half of the country’s girls were married before reaching 18. It also ranked Malawi among 20 countries that have the highest child marriage rates globally.Although a law is in place stipulating that girls and boys can only marry at the age of 18, under customary law, those below that age can still marry with parental consent.

According to United Nations Children’s Fund (UNICEF) about 46 per cent of girls are married before the age of 18, and 9 per cent before the age of 15. UNICEF points out that the main drivers of child marriage are poverty, cultural and religious traditions, and peer pressure. While efforts by UNICEF and government to protect girls and boys from sexualized violence including child marriage and other harmful traditional practices are bearing fruits in some instances, some parents continue to marry off their underaged daughters to counter poverty.

“Child marriage is often associated with limited education and employment opportunities, and is seen as a way of protecting girls from out of wedlock pregnancy. Adolescents are sometimes exposed to sexual activity at initiation ceremonies, which can lead to sex with peers and early marriages,” says UNICEF. Eddy Kalonga, a social commentator and lecturer at Malawi Institute of Management and Unicaf University says those found guilty of perpetrating child marriages need to face the law.

“The Constitutional Court of Malawi declares child marriages unconstitutional. It only needs our Government to seriously consider giving deterrent sentences not only to those who marry children, but also those who would have given blessings to such marriages,” Kalonga says. He says in most cases that are being encountered in rural areas, parents shun reporting child marriage perpetrators to the police, preferring out of court settlements adding, “That is intolerable and in cases where we are aware of that set up, we appeal for the wrath of the law to be applied.” Kalonga urges government, communities and civil society organizations to work together in shifting cultural, religious and social norms that promote child marriages. He says it is everyone’s responsibility to ensure that all children are given a chance to live their lives protected from violence and exploitation.

All parents should enjoy and celebrate seeing their girl child learning, surviving and thriving in an environment that gives them equal chances at family and societal levels, he intones. Eugenio Njoloma, a lecturer at the Centre for Security Studies at Mzuzu University (Mzuni) calls for long term measures to end the problem of child marriages in Malawi. He agrees that prosecuting perpetrators of child marriages would help girls to go back to school and complete their studies.“Prosecuting them can yes end the problem but that is only a short-term measure. In most cases child marriages seem to be a cultural issue where many do not see it as a problem. This of course sometimes also coupled with poverty issues,” Njoloma says. He adds: “But mainly I hold that it is a cultural thing. The remedy I think is to shift that cultural mentality by intensifying education for girls, where deliberate syllabus or topics be dedicated to the breaking of the ‘apparent norm’. But also, regular engagement with the chiefs, parents and caregivers with sustainable incentives may also help reduce the ‘norm’.”

Several traditional leaders agree to this notion. They have already established their own by-laws to terminate child marriages and send back girls to school. Leading is Senior Chief Kachindamoto of Dedza in central Malawi who has managed to terminate over 2,000 child marriages.

In collaboration with other traditional leaders under her, the clergy and other stakeholders, Chief Kachindamoto banned child marriages under a by-law. In fact, she wants Parliament to raise the age of marriage from 18 to 21. Despite receiving death threats and intimidation, she has soldiered on and put her foot down: “Whatever the case the girls will have to go back to school.” Her message to parents is that “educated girls by far have advantages over those that are married off before their time.”

Malawi is further committed to reducing teenage pregnancies by 5 percent per annum through 2030, in line with the Malawi Health Sector Strategic Plan II (HSSP II), the health sector’s medium-term strategic plan outlining objectives and strategies and guiding resources over a five-year period which was launched in July 2017. The HSSP II incorporates the Sustainable Development Goals (SDGs) agenda and builds on the progress made toward the Millennium Development Goals (MDGs) to reduce child mortality and combat HIV and other infectious diseases.  The plan also focuses on reducing maternal mortality and increasing the number of births with skilled attendants at birth.

This will be done through ending child and early forced marriages and ensuring that girls complete their secondary education to safeguard young people in anticipating better youth participation necessary for harnessing the Demographic Dividend. Malawi is a signatory to the Southern Africa Development Community (SADC) Gender Protocol which among others provide for the empowerment of women, seeks to eliminate discrimination and to achieve gender equality and equity through the development and implementation of gender responsive legislation, policies, programmes and projects.

The country also subscribes to instruments and protocols to such as the Convention on the Elimination of all Forms of Discrimination Against Women (CEDAW), Beijing Declaration and its Platform of Action, The Protocol to the African Charter on Human and Peoples Rights on the Rights of Women in Africa. These instruments are key in protecting women girls against all forms of violence.

United Nations Sustainable Development Goal (SDG) Number 5 ‘Achieve gender equality and empower women and girls’ seeks to promote the wellbeing of girls and women and end child marriages. However, the UN reports that globally, around 2017, an estimated 21 per cent of women between 20 and 24 years of age reported that they were married or in an informal union before age 18. This means that an estimated 650 million girls and women today were married in childhood. Such appalling statics need countries like Malawi to also seriously take action on child marriages to ensure that SDG Number 3: ‘Ensuring healthy lives for all at all ages’ is taking root.

While in Standard 8, Chiyambi* got involved with a man who was already married. She says the man used to shower her with cash gifts. At the time she was 14. She was living in the commercial city of Blantyre who was working as a cleaner at a clothing firm. Chiyambi, like many other girls in Malawi, found herself in the poverty trap and could not resist the temptation of dating an older man. She was lured into the relationship with cash gifts the man flashed. Chiyambi says with the meagre salary her sister was earning, it was not easy to put body and soul together. “Her salary was not enough to cater for the essentials we needed on a daily basis. So, when this man started supporting us it was like God had answered our prayers.

I was young and I was excited with the cash gifts and foodstuffs he brought us. “It was not long before I got pregnant. I cried because my dreams were shattered. To make matters worse the man who was responsible got transferred from Blantyre to Lilongwe. I could not trace him. My child is four years old now and I have gone back to school,” Chiyambi says. She concurs with those who are calling on authorities to prosecute those that impregnate young girls and “do not take responsibility for their actions.”  “He took advantage of me because I was vulnerable. He should pay for his sins,” Chiyambi says.

The story of another girl – Khadija* – is slightly different. She was forced into early marriage in the coastal town of Mangochi while she was in primary school. At 13, Khadija’s parents simply felt she was old enough to get married. In Mangochi child marriages are rampant. Khadija was saved when officials from a certain Non-Governmental Organisation in the district were tipped about the illegal marriage and confronted her parents and traditional leaders in the area.

“Most of my peers have children of their own. They kept tormenting me why I did not have a child of my own. When a suitor asked my hand in marriage my parents did not hesitate. The young man had just arrived from South Africa and promised to buy my parents phones and a television set,” Khadija explains.

She has a two-year-old child but she is back in school and wants to make it big “once I complete my education”. Khadija wants government to clamp down on traditional leaders and parents who force their daughters to get married. She says there are many girls who are in marriages against their will. “Now that I am back in school, I will work hard to be what I want in future. I have always wanted to be a pilot. I think if nothing disturbs me again this dream can be realized,” Khadija says.

According to UNICEF the impacts of child marriage on girls can be severe. Many drop out of primary and secondary school, and are at risk of early pregnancy injuries such as fistula. “Tragically, more than 80 per cent of child brides experience physical abuse from their husbands. Child marriage also contributes to high birth rates, a major factor driving Malawi’s population growth.”

For Chiyambi, Khadija and others who have vowed to live their dreams, there is no going back: the country must begin to prosecute those behind child marriages because “they are killing the future of bright and promising girls.”

*The names have been changed to protect the identity of the sources.

This article is written by Joseph Kayira, Malawi Journalist. It is part of Gender Links Sexual and Reproductive Health and Rights (SRHR) Media

This article was first published in Malawi newspaper called The Lamp

Comment on Child marriages: Is prosecution the answer? Cancel reply