News Mauritius: Fight to end Child Marriage is on #Chil... 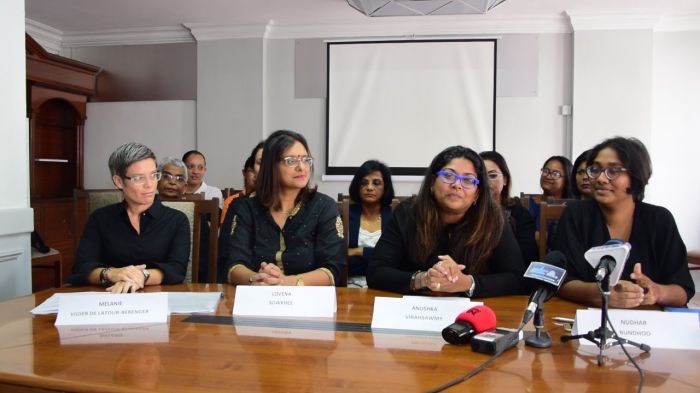 Mauritius: Fight to end Child Marriage is on #ChildnotBride

On the 20th June 2018, a 13-year-old girl died. The country woke from its cozy slumber when it found out that the child was religiously married to a 19-year-old man and was pregnant. This tragedy astounded many people who thought that our ways of thinking have evolved and that our legal system is strong enough to prevent a medieval practice such as child marriage from plaguing our society.

This incident revealed weaknesses in our legal system. Post 2015, Mauritius refused to sign the revised SADC Protocol on Gender and Development. The country stated that its national laws permit individuals aged from 16 to 18 to get married with consent of their parents. Mauritius is the only country which forms part of SADC and which has not signed this protocol due to the Act 145 of the Civil Code. The clause stipulates that individuals aged between 16 to 18 can get married with the consent of their parents or guardians. Representatives of the country also stated that this practice is permitted by certain religious groups.

According to the Civil Code, the minimum age of marriage in Mauritius is 18 years old. But minors aged 16 or more can marry with the consent of his/her father and mother.

The movement, Sitwayin Angaze, a group which was initiated by citizens following this incident, reiterates these points raised by Virahsawmy and demands the authorities to harmonise our national laws with international laws. Representatives of the movement, Anushka Virahsawmy, Melanie Vigier de Latour-Berenger, Nudhar Bundhoo and Lovena Sowhee, held a press conference on the 28th June 2018 to denounce the authorities for failing to sign the SADC Protocol. They demand the erasure of the Act 145 of the Civil Code.

Referring to a report published in February 2018 by World Health Organisation, the group asserts that the second cause of death among teenagers is child and/or teenage pregnancy. The body of a child is not fully developed at this stage and becoming pregnant at such a tender age entails severe health risks. The child is psychologically unprepared and does not possess the maturity to integrate the institution of marriage. He or she cannot comprehend the implications of his or her actions and thus cannot be placed in such an institution.

The group, Sitwayin Angaze, is also interrogating the authorities as to why it is taking 12 years to approve and implement the Children’s Bill, a legislation which aims to promote and protect the rights of children. Members of the group contend that it is important for authorities to clearly define who a child is in the Children’s Bill. The movement, Sitwayin Angaze, insists that an individual who is below 18 should be regarded as a child and should be able to enjoy his or her rights. The group also criticized the lack of statistics on child marriage in Mauritius. Members of Sitwayin Angaze sent a letter to the authorities after a press conference held on 28th June 2018.

Comment on Mauritius: Fight to end Child Marriage is on #ChildnotBride Cancel reply