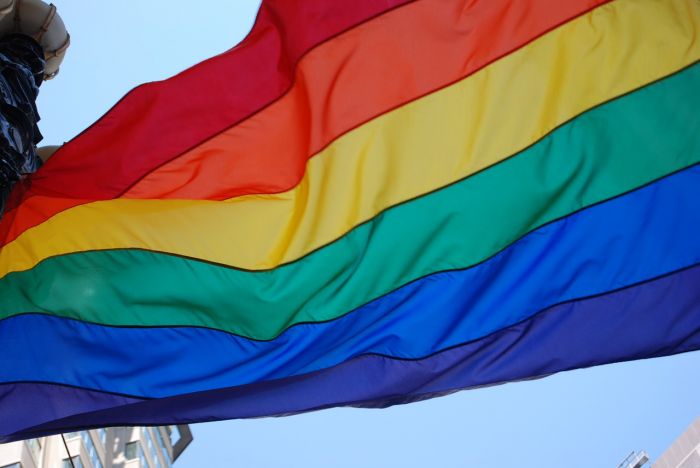 Bulawayo, 4 December : As Covid-19 cases surge in Zimbabwe, prisoners face a major risk owing to the state of detention centres.

The facilities are often unsanitary, overcrowded and have no running water in cells for detainees to comply with hygienic practices recommended to fight the spread of the disease.

But for members of the Lesbian Gays Bisexual Transgender and Intersex (LGBTI) in prison, Covid-19 has left them in a worse quagmire on how they could access their special services, particularly for those with compromised immune systems.

This is after prison authorities banned inmates’ visits following a surge in Covid-19 cases among inmates and prisoners, especially in Bulawayo prisons.

This has left LGBTI inmates at greater risk to their health without access to Sexual Reproductive Health Right (SRHR) services from their respective organisations and close family members.

The situation is made a lot worse by fear of disclosure of sexuality or gender identity to prison health service providers, in the process inhibiting LGBTI people’s ability to receive the correct information and health care they need.

“We realise that if access to quality health care is a challenge for the general population, it is also more challenging for LGBTI communities to be able to access quality health care, especially for those in prison, given that we are also targets of punitive laws, social and religious discrimination and stigma,” Samba said in an interview.

The GALZ was founded in 1990 for purposes of serving the needs and interests of the LGBTI community.

The Constitution guarantees rights such as equality and non-discrimination but is silent on specific rights for LGBTI community.

Zimbabwe criminalises same-sex relations and in Southern Africa no SADC instruments currently exist specifically to address LGBTI rights. The SADC SRHR strategy which acts as a roadmap to achieving SRHR in the region includes LGBTI persons as well as prisoners amongst other beneficiaries no other specific reference to the needs of LGBTI people are made.

However, this has not stopped GALZ from engaging the clergy, lawyers, traditional leaders among other stakeholders to raise awareness on SRHR issues relating to the LGBTI communities in prison, Samba noted.

“Obviously, we try and look at issues of inter-sectionality where it is possible for us to have direct access to communities; we do it as an institution but where it is not possible as in this case, we work with allies and other stakeholders who are able to provide those services to LGBTI communities in prison,” Samba said.

“We try to ensure that those linkages are created and those relationships are fostered so that our communities are able to access these services.”

Samba explained further: “Our advocacy thrust basically is to look at issues of availability of SRHR services to everyone.  In that realm, we also want to look at how the services are accessible to communities that are accessing them.

“So we try and hold office bearers accountable to ensure that these services are accessible to everybody. That is what we focus on in terms of the work that we do, and it is our hope that if we continue on that thrust, we would be able to ensure that all members of the LGBTI access services even where they are in prison.”

The Southern Africa Voice and Choice Barometer notes that COVID-19 has exacerbated vulnerabilities in LGBTI communities, especially those relating to healthcare and violence.

Dewa Mavhinga, the Human Rights’ Watch Africa (HRW) director urged authorities to abide by the United Nations Standard Minimum Rules for the Treatment of Prisoners (Mandela Rules) that states that prisoners should enjoy the same standards of health care available in the communities.

The Standard Minimum Rules for the Treatment of Prisoners were first adopted in 1957, and in 2015 were revised and adopted as the Nelson Mandela Rules.

The Standard Minimum Rules are often regarded by states as the primary – if not only – source of standards relating to treatment in detention, and are the key framework used by monitoring and inspection mechanisms in assessing the treatment of prisoners.

“Zimbabwean authorities should take immediate steps to provide detainees with adequate medical care and facilities to protect them from Covid-19,” Mavhinga further said.

The 122 Mandela Riles cover all aspects of prison management and outline the agreed minimum standards for the treatment of prisoners – whether pre-trial or convicted.

The Rules give guidance on all aspects of prison management, from admission and classification to the prohibition of torture and limits on solitary confinement.

There is guidance on healthcare, recruitment and training of prison staff, as well as disciplinary sanctions.

“In order for the principle of non-discrimination to be put into practice, prison administrations shall take account of the individual needs of prisoners, in particular the most vulnerable in prison settings. Measures to protect and promote the rights of prisoners with special needs are required and shall not be regarded as discriminatory,” Rule Number 2 of the UN Mandela Rules treads.

The Rules are known as the ‘Nelson Mandela Rules’ to honour the legacy of the late President of South Africa, ‘who spent 27 years in prison in the course of his struggle for global human rights, equality, democracy and the promotion of a culture of peace.

A journal titled: ‘The no go-zone – a qualitative study of access to sexual and reproductive health services for sexual and gender minority adolescents in Southern Africa’ shows that laws and social attitudes are often opposed to LGBTI communities.

“The combination of laws which criminalise consensual same sex/gender activity and the social stigma towards sexual and gender minorities work to negate legal sexual and reproductive health services that may be provided,” the journal reads in part.