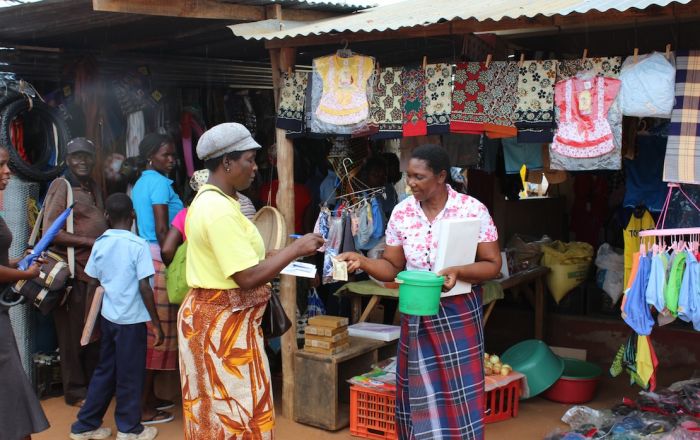 Harare, 13 July: Zimbabwe’s informal cross-border trading largely dominated by women has not been spared by the Covid-19 pandemic which has ravaged the world’s economy.

Most women in the informal cross- border trade bear the brunt of the corona virus pandemic that has left them at financial constraints to continue with business after the pandemic. The women  who go to neighbouring countries to buy goods for resale in Zimbabwe with another category  taking various wares for sale thus spending weeks or months outside the country has suffered a dent during the Covid-19 induced lockdown.

Cross- border trading is assisting livelihoods of many women in Zimbabwe due to the economic hardships bedeviling the country. Despite the lack of formal statical data, some estimates have put informal border trade contributions at between 30- 40%   of intra Southern Africa Development Community (SADC).

Noriwe Chinhara, a cross- border trader based in Harare who survives on selling embroidered clothes in rural South Africa communities is lamenting on the loss of income due to the corona virus pandemic. She usually stays in South Africa for two weeks selling her wares.

“The corona virus pandemic has dealt a big blow to my business. I pay monthly rentals   in South Africa where I reside selling my wares. I leave my goods at my rented place when I come back home here in Zimbabwe. In the meantime, am in arrears for 3 months’ rentals and don’t know when the lockdown will end for me to resume going to South Africa”, said Chinhara.

Chinhara has been under COVID-19 lockdown like everyone in Zimbabwe since March 30 2020 and her situation is worse than others in the informal sector locally as they are returning to work whilst the country’s borders are still closed to outgoing cross- borders in order to curb the spread of the corona virus. She looks after her unemployed brother’s family, who has 3 children.

Although the government has called upon Small to Medium Enterprises (SMEs) owners through the recovery plan to apply for loans under Covid-19 Stimulus package, cross- border traders do not qualify due to the prerequisites that allow only businesses which pay taxes direct to the government.

A UN Women study estimates that almost three- quarters of informal cross- border traders contribute to government revenue through the payment of duty and license fees. “As women, we  are contributing so much to our  government, there is need to include us  on the government loans on SMEs to mitigate the effects of Covid-19 on businesses’, said Letwin Nohumba a cross- border.

Noriwe Chinhara’s case is the same with all women who have been idle in Zimbabwe since the lockdown. ”Providing food for children has become a nightmare in Zimbabwe where prices are skyrocketing everyday as the local currency losses value against the United States dollar”, said Elizabeth Matewe a cross- border trader to South Africa based in Chitungwiza. Her husband works at a bakery organization Lobels and his salary is eroded after paying utility bills and bus fare as he commutes from Chitungwiza to Harare.

The most likely scenario is that the cross- border traders’ livelihoods will be endangered in the wake of the global Covid-19 pandemic as most will not have the capital to restart their ventures said Annette Murambiwa.

Murambiwa, a cross-border based in Harare who buys goods in Zambia for resale in Zimbabwe said she can no longer afford to buy bread for her children and has resorted to home baked bread and rice for breakfast.” Our profits are marginal and spending 3 to 4 months without work is hell to most of us cross-borders”, she revealed.

‘Cross border trading has sustained many livelihoods in Zimbabwe; however the women are not being registered with their respective cross-border associations in order for them to have one voice. Also cross-border traders are viewed as aligned to the opposition by the government’, said Murambiwa.

With the borders still closed in many African countries the dilemma of cross-border traders forces them to illegally jump the borders which is very risk to the women who get abused while using illegal entries to neighbouring countries. Reports from the border posts reveal that illegal border crossing is rampant with women being raped. Recently the WhatsApp social media in Zimbabwe was awash with nude pictures of women who had been raped trying to enter South Africa illegally in South Africa. The perpetrators took pictures of the nude women after raping them with the latter’s mobile phones and shared them to WhatsApp groups and the women’s husbands.

“The women’s need to jump the borders is due to the fact that they would be going to collect their credit in South Africa. Their clients who are usually the elderly receive monthly assistance grants and the women sometimes sell their merchandise on credit to the elderly who pay on monthly installments. Harsh conditions back home force the women to illegally jump borders in order to collect their credit in South Africa”, said Chinhara.

A manager at Road port, a cross border bus terminus in Harare, Gift Mupandenyama echoed the same sentiments with the cross- border traders that the informal cross-border trade has been affected by the Covid-19 pandemic.”  The transport sector has been paralyzed, not only the road transport but the aviation and sea transport has been left idle by the corona virus “, he said.” We used to have a busy schedule here at Road port Fourth Street but at the moment business is at standstill as the borders are closed”, he added.

The busy road port at Fourth Street in Harare was quiet as only police officers manning the gates could be seen with no passengers flocking the area that used to be a hive of activity before the lockdown.” Our bus operators are on hold as we are abiding by the rules and regulations of Covid-19 as the government is concerned. Mupandenyama revealed that none yet knows when the borders will be reopened.

Tendai Chisiri is a journalist from Zimbabwe. This story is part of the GL News Service Gender and COVID-19 news series