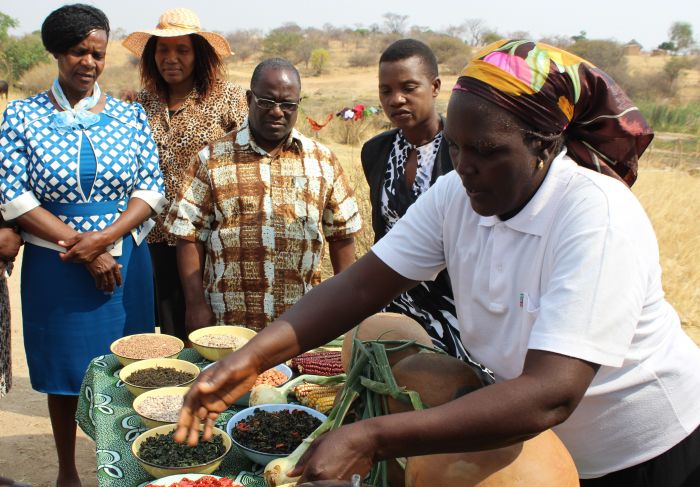 New York, 13 March: The time is now to demystify “Social protection systems, access to public services and sustainable infrastructure for gender equality and the empowerment of women and girls”; it is what real women encounter and need every day. This is the theme for this year’s 63rd Commission on the Status of Women (CSW) where over 9000 delegates have registered to attend in New York, United Sates of America.

The chair of the CSW) Ambassador Geraldine Byrne Nason pointed out that it is all about affordable health care, education services, child care, safe and affordable transport amongst others by all women.

There are worrying global and national trends that make this year’s theme more relevant than ever before. For example, there is rise of labour informality, rapid population aging, economic uncertainty and sporadic conflict. Women and girls are at a greater risk of extreme poverty if the world continues to ignore social protection, sustainable infrastructure and public services.

The Southern African Development Community (SADC) has come full force to share best practices on this year’s theme. At a side event organised by SADC and UN Women, which included the Chair of the SADC Gender Protocol Alliance, Emma Kaliya – Malawi, Namibia, South Africa, Zambia and Zimbabwe shared their own national programmes and policies on social protection. It is apparent that the SADC region requires a basket of home grown services to achieve social protection. Examples from the region include introduction of the Aids levy in Zimbabwe, social grants for poor households and veterans in Namibia, minimum wage for domestic workers, food parcels for the poor in Namibia, provision of housing to poor households in Malawi and social grants for the old aged in South Africa.

It is worrying that despite gains made in gender equality in the region, there are ‘push backs’ towards equitable access of social protection, infrastructure and public services. Women are left vulnerable as their allocation of social grants are abused through gender based violence. Unsustainable infrastructure leave women poorer, with limited access to political spaces and Sexual Reproductive Health and Rights (SRHR). Women with disabilities are even more vulnerable as they have limited access to means of production. The policy framework is only scratching the surface by concentrating on access to buildings for the disabled while ignoring their SRHR needs such as care packs.

Removal of tax from sanitary towels is another way that some governments have used to ensure that women can realise SRHR. However, the pushback is now reflected in high prices of sanitary pads despite removal of tax. Governments must invest in sustainable solutions such as empowering local women to manufacture pads compared to global conglomerates.

Activists and governments at this year’s CSW session alluded to the fact that women have been the generation-to-generation social protection system for centuries. Social protection is a right not welfare; it is dignity of a nation and above all a woman. At this year’s CSW, the SADC Gender Protocol Alliance has highlighted the need to encourage traditional mechanisms of social protection. These can be combined with both the contributory and non-contributory mechanisms in light of the rising informal employment in the region.

The social value systems need to be re-harnessed to capture the spirit of ubuntu especially in light of orphans and vulnerable children as well as widows. There are more children living on the street that they were a decade ago. Children, in particular the girl child are being trafficked as sext slaves despite existence of human trafficking laws. The arts and entertainment industry has come under scrutiny at this year’s CSW due to the high levels of gender based violence in that sector. Social protection mechanisms for artists are critical for women’s empowerment.

In the spirit of leaving no one behind, the youth CSW63 held on 9 March highlighted youth concerns in this year’s theme. The young women are concerned about access to public services that are at tangent with youth needs. The youth deliberated on being involved in policy making for social protection, sustainable infrastructure and public services. In support of the youth, SADC held a side event on the UN Resolution 60 on Women, Girls and HIV and AIDS. This resolution has been tabled at CSW sessions since 2016 to advocate for more investment towards ending AIDS amongst women and adolescents. The SADC region is winning the battle against AIDS but not the war due to poor public services resulting in alarming levels of infections amongst youth and adolescents.

Gender Links and partners will continue to lobby governments at this year’s CSW to ensure that each country ends poverty through equitable social protection, infrastructure and public services. Voice and choice for women and girls will not be realised without the three pillars of this year’s theme. The time is now to push back the push back against gender equality.

Join us at our co-hosted side event on 18 March titled Planet 50/50: Achieving #VoiceandChoice through Social Protection. Read more about the event here:

Sifisosami Dube is the Head of Governance and SRHR at Gender Links. This blog is part of the GL@CSW63 series

Comment on #CSW63: Pushing back the push back Cancel reply