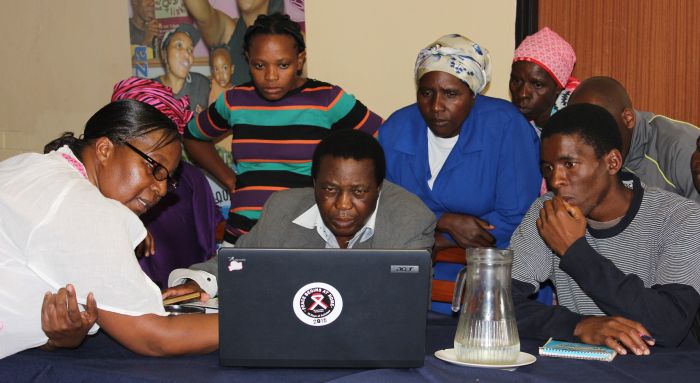 This weekend in Gaborone the Commonwealth Women Parliamentarians met under the umbrella of the 49th Commonwealth Parliamentary Association Africa Region Conference. The focus of the women centered symposium was cyberbullying, and how it impedes on the rights and privileges of female members of parliament.

Women in leadership positions specifically in politics, including those aspiring to be politicians have been unduly targeted by online violence and have experienced the wrath of online abuse, threats and bullying. Compared to that of men, female online harassment is considered to be more racial, religious and sexual in nature. International and local female politicians such as Angela Merkel (Germany), Theresa May (UK), Hillary Clinton (US) and our very own Hon. Makgato have all experienced the wrath of this form of attack. Clinton was dubbed a “Grandmother-in-chief”, a picture showing a bit of Merkel’s cleavage was the focus of an online attack, Makgato was vilified for donning sport shoes during a parliamentary session, “I had hurt my ankle and decided to wear comfortable shoes,” says Makgato. In Zimbabwe during the previous and now disputed elections, female contestants running for positions in parliament were ruthlessly slut-shamed, degraded and crowned as “Hure” a Shona language word meaning prostitute. The argument at the symposium was that this same outlandish treatment is not accorded to male politicians.

Also invited to the meeting where members of the local women’s movement including Rhoda Sekgororoane, from Emang Basadi and the Botswana Movement of Democracy (BMD) political party. Sekgororoane explained how she can relate to the online harassment of Clinton, particularly the focus on her age, “For some reason the perception is that it is us women who seem to be getting older quickly, and not male politicians.” Sekgororoane recalled how she was taunted by some men during a What’s App group conversation, “Go home or else we will eat you,” they warned her. The politician shared how she almost quit politics because of the negativity that emanated from social media, and was directed at her, “Re lapile bagaetsho! We have already lost two women, who were contesting for the upcoming 2019 elections. I don’t know how we will ever increase women representation in parliament,” says Sekgororoane. Theresa Mmolawa another member of the opposition here in Botswana also supported the overall sentiment that this online harassment serves to deter female politicians and to allow their male colleagues to dominate the stage, “We are socialized to believe men are the only capable leaders. We need to be educated, and women should not be intimidated or scarred from running,” advised Mmolawa.

Adding her voice was Gomolemo Rasesigo, from Gender Links Botswana who agrees that online bullying is a different way of intimidating women, “But we cannot run away from social media,” says the gender activist. For one, female candidates cannot avoid the use of social media in their campaigns as online media is an asset which helps reach out to potential voters and increases awareness of the different politicians. Rasesigo added that therefore women need to be empowered with the skills to navigate social media, and that it remains critical for civil society advocates and institutions to be supported to empower women of all political parties.

Other female parliamentarians from the region commented on their experiences with social media. A representative from Lesotho who has served as an MP since 2001, and whose husband is also an MP explained how social media almost broke up her family, “Online bullying is a major threat to democracy, and it is also a major threat to family. My husband and I suffered the wrath of this bullying. It is thanks to my belief in God that we are still standing.” The Lesotho representative explained that it is the hordes of people who have the responsibility to tarnish anything that opposes their political views who spend time bullying the other side, “My question is what kind of community are we becoming? Our children are also humiliated. We need to go back to the basics of humility.” A female representative from the Free State in South Africa observes that supporting party lines at the expense of common goals is another factor fueling the flames. She also reminded women that if they do not support each other, nobody else will, “And it is even sadder when the cyberbullying happens women to women or from other sisters who are sometimes hell bent on supporting their husbands over other female politicians.” From Kwazulu Natal, the representative shared how she has observed this online abuse targeted at women in institutions of higher learning, women who she says continue to suffer in silence and end up taking their lives, “We have a great responsibility as women in parliament to give these educators a platform to dialogue.”

Also at the meeting was the Westminster Foundation for Democracy’s Deputy Regional Director Africa, Majda El Bied, who emphasized that one way to circumvent this widespread problem of online abuse, which violates women’s right is for women to rally around each other and not be the perpetrators of these attacks, “We need to be more organized and show support for other women,” says El Bied, who advised women in the gathering to be the first to give positive comments when they see another female receiving negativity on social media. El Bied stressed how the impact of this abuse leads to emotional distress, and leaves women fearing for their wellbeing and also threatens their job prospects, “Women in the UK feel let down by government and social media companies,” says El Bied, showing how widespread the problem is. One of the few male voices in the meeting was Budani Madandume, from the National Men’s Sector who emphasized that it is imperative for men to be engaged in order to attain transformative change, “It is clear that it is men who are largely the perpetrators of cyber bullying. We must leverage on organizations that engage men and boys for change,” says Madandume.

In the region countries such as Zimbabwe, Uganda, Kenya and Botswana have enacted, revised or a working on legislation to target technology related violence including cyber espionage, revenge pornography, pornography, and false information. Stella Moroka, from the Attorney General’s Chambers in Botswana explained that new provisions are being introduced to curb cyber bullying and relating harassment. Moroka also added that there are other victims of online abuse such as women who are being trafficked on social media, and young people who are being radicalized and recruited into organized crime. Some of the recommendations from the meeting include; a need for policy and legislation that will criminalize cyber bullying, and the implementation and enforcement of such laws. The need to increase female parliamentarians so that communities understand that politics is not a male domain. Also recommended was programs to support, sensitize, educate and rehabilitate those affected by such online crimes, and that the United Nations (UN) Guiding Principles on Business and Human Rights must be applied to social media. Finally, the need to educate communities, particularly those communities in patriarchal societies.