Welcome to the November edition of the Roadmap to Equality! Tracking progress towards the implementation and ratification of the SADC Protocol on Gender and Development. 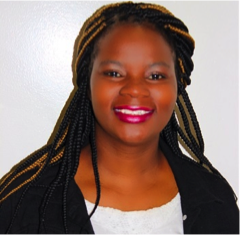 The Southern Africa Gender Protocol Alliance will tomorrow November 25, join the rest of the world to mark the start of the annual 16 Days of Activism. This year’s campaign will run under the theme, “From Peace in the Home to Peace in the World: Make Education Safe for All”. According to research done by Gender Links, at least one in four women (Mauritius and Zimbabwe) and two in three women (Botswana), report experiencing GBV at some time in their life. In Gauteng, the figure is one in every two women. Men corroborate these findings, sometimes even more strongly than what women report experiencing. Headline results from three other provinces (Western Cape, Limpopo and Kwa Zulu Natal) in South Africa and Lesotho are equally sobering. In a study coming out today , Seychelles is the first country in the SADC region to undertake a GBV study that encompasses both violence against women and violence against men. Click here to read more about the GBV indicators research.

This year’s campaign is quite significant as the Sustainable Development Goals (SDGs), which became enforceable earlier this year unlike their predecessor the Millenium Development Goals (MDGs), have a specific target to end all forms of violence against women, including trafficking, other forms of sexual violence and harmful practices. However the shrinking funds for women’s rights organisations is going to affect progress on this target and these has prompted women’s organisation to come up with innovative ways of raising funds for gender equality. At the regional level Gender Links is running the Sunrise Campaign calling on all who care about equality and justice to “give the gift of empowerment.”  Donations of any amount can be made online from anywhere in the world by clicking here. In South Africa, the campaign is supported by the Social Justice Initiative, which will match donations made by South Africans. Globally UN Women will be running the Orange the World: Raise Money to End Violence against Women and Girls’ initiative. Funds raised will be used to support UN women’s Flagship Programmes on ending violence against women.

During this period GL is running SADC Protocol@Work summits in eight Southern African countries under the banner 50/50 by 2030: Empower women, end violence. Among the participants are 200 of the 1350 survivors of gender violence across the SADC region who have reclaimed their lives through becoming entrepreneurs. Watch the video here. Read the personal accounts of the emerging entrepreneurs.

It is against this backdrop that the Alliance Sexual Reproductive Health Rights cluster met in Harare from the 14-16 of November as a way to promote a strong women’s movement around SRHR.The meeting took place back to back with the Economic Justice Cluster meeting and the Zimbabwe SADC Gender Protocol@work Summit.

In line with the UN women theme of voice, choice and control we have this month selected for you articles that highlight these three core themes in the roadmap to achieving the targets of the SADC Gender Protocol.