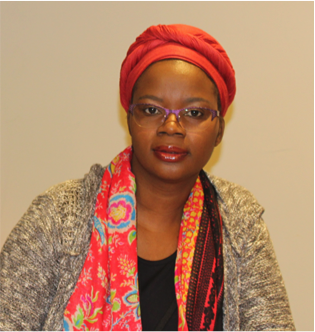 Welcome to our Commission of the Status of Women (CSW61) special edition of the Roadmap to Equality! Tracking progress towards the implementation and ratification of the SADC Protocol on Gender and Development.

CSW61 that ran from 13-24 March was held under the priority theme “Women’s economic empowerment in the changing world of work”, whereas the review theme was “Challenges and achievements in the implementation of the Millennium Development Goals for women and girls (agreed conclusions of the fifty-eighth session)”. This year’s focus area dealt with the empowerment of indigenous women.

I am from a generation that for many years was blindly made to believe that the work women perform in their households has no economic value. Growing up I used to confidently say that my mother was unemployed and is a stay at home mum.

However when I look back at it, I realise that my mother is the most hard working woman I have ever met in my life. She was the first one to wake up and the last one to go to bed in the household.

During the course of the day she would ensure that we had food on the table, our clothes where clean and on the side she will be involved in different forms of entrepreneurial activities to supplement my father’s earnings. So why is it that despite all these things my mother was doing for the family, I still looked at her as an unemployed person?

This is because the society in which I grew up did not recognise or put a figure to the work women perform as primary care givers in their households. Any work outside the formal work is simply not suitable enough to be classified as a ‘job’.

My mother’s story identifies with that of a lot of women especially in our region who are the unsung heroes in the economic development of their countries. Africa Union Gender Ministers who met in January in Addis Ababa ahead of CSW 61 noted the plight of many women who are working on family farms unremunerated with no social protection and safety nets, nor any prospects for growth of their status from their productive activities.

Also high on the agenda is the widening pay gap between man and women which has resulted in the United Nations appointing champions. This has inspired a social media campaign called #stoptherobbery aimed at bringing awareness to the fact that women are earning 77 cents for every dollar that a man earns.

Well stated Lucia on the tremendous contribution made by women that is taken for granted and even ignored by economists, all governments, which is rightly embodied by #stoptherobbery campaign. Aluta continua!

Yes, indeed Lucia. Your mother’s story is that of all these working women whose work is not remunerated. Your article brings lots of fresh air. congratulations. By the way you look really beautiful in this picture. Keep up with the fantastic work. Have a blessed life. Loga