Welcome to another exciting edition of the Roadmap to Equality! Tracking progress towards the implementation and ratification of the SADC Protocol on Gender and Development. 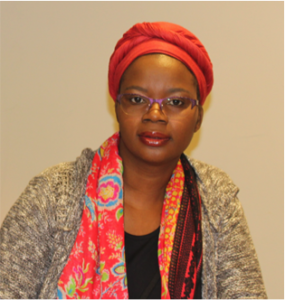 Former South African President, the late Nelson Mandela once said, “Freedom cannot be achieved unless the women have been emancipated from all forms of oppression”. This statement makes me feel so uncomfortable every time I hear our governments and public institutions take extra measures to sternly remind especially us the younger generation to be grateful that we were born in ‘free’ societies.

A few weeks ago I observed the government of Zimbabwe celebrating its 37th Independence Anniversary. As usual they made a song a dance about how live has changed for the better especially for the black majority compared to the colonial days.

South Africa followed suit and acres of airtime and space on mass media was spend celebrating our hard fought liberations. Do not get me wrong, I am very grateful for the people who laid down their lives and sacrificed their youth for us to be where we are today. However what I cannot celebrate is a society that despite all the paper commitments our governments have signed on advancing gender equality, every day I am reminded that as a woman I am a second class citizen.

Rape is a serious problem in our society and according to research one in three women experience physical and sexual violence, yet the media continue to trivialise the matter. Case in point is the Zapiro cartoon that shows two men and one woman pinning down a woman wearing a South African flag with the letters SA on her chest. A similar cartoon was also published in Zimbabwe on the country’s Independence Day.

Still on the media, women’s views and voices in the region account for a mere 20% of news sources in the media, and this is lower than the global average of 24%.So on May 3 they talk about World Press Freedom , whose freedom are they really celebrating. The newsrooms are still dominated by men and the media content itself perpetuate gender stereotypes.

As the rest of the world on May 1 celebrates International Workers Day it is another stark reminder that women are not treated equally as men. Women across the world only make US $0.77 for every dollar a man earns for work of equal value. So should May 1 then not be a platform for our governments and the trade unions to walk the talk on gender equality and ensure that they make so much noise to ensure that there is equal pay for work of equal value.

With Africa day just two weeks’ away, African women  last week  gathered in Nairobi to strategise on how to take Agenda 2030 and the Africa Union Agenda 2063 forward .This provided an opportunity for us as civil society to come up with a roadmap to engage with our governments in order for us to change our narrative to that of a freedom that applies to all citizens.

One thought on “Editor’s note”