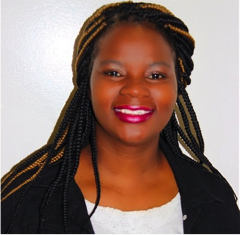 Welcome to the October edition of the Roadmap to Equality! Tracking progress towards the implementation and ratification of the SADC Protocol on Gender and Development.

Ke Nako! The 2016 edition of the annual national SADC Gender Protocol@work summits have been announced. They will be held between the months of October and November under a running theme dubbed, ‘SDG5@thecoalface: The SADC experience!’ .The summits will showcase how local actions in eight countries – Botswana, Lesotho, Madagascar, Mozambique, Namibia, Swaziland, Zambia and Zimbabwe are contributing to the achievement of goal five of the Sustainable Development Goals (SDGs) on gender equality.

This month, Botswana the home to the Southern Africa Development Community (SADC) Secretariat and also Lesotho celebrated their Independence Golden Jubilees. While we join the two countries in their celebrations this also provide an opportune moment for us to call on the two governments to sign and ratify the revised SADC Gender Protocol to ensure that all citizens equally benefit from the fruits of their hard fought liberations.

On 5 October as the world celebrated world teachers day, United Nations Educational, Scientific and Cultural Organisation (UNESCO) Director General Irina Bokova used the opportunity to call for improved investments in the training and wages for teacher. In her heartfelt article she reminds us of the hard fact that goal four of the SDGs cannot be achieved as long as our children continue to be at the mercy of ill-trained and underpaid teachers.

This comes just a few weeks after the world marked the first year anniversary of the adoption of the Sustainable Development Goals and which reports on the ground indicate that some countries are stepping up efforts to achieve gender equality. The SADC region is already a step ahead as the recently adopted revised SADC Gender Protocol (Protocol) is the most comprehensive and ambitious regional framework on achieving gender equality to date.

The SADC ‘success’ story with the Protocol has inspired gender activists in East Africa led by The Eastern African Sub-regional Support Initiative for the Advancement of Women (EASSI) to push for the adoption of the East Africa Gender Bill. While the Bill is still under discussion, civil society in Rwanda has already compiled their first ever Gender Barometer also inspired by the SADC Gender Protocol Barometer.

The rural woman farmers across the continent who a week ago gathered at Mt Kilimanjaro serve as an inspiration to all of us in the gender movement as they climb Africa’s highest mountain to claim their rights to access and control over land and natural resources. In Zimbabwe a Member of Parliament and human rights lawyer, Jessie Majome has teamed up with civil society to come with a bill to fight child marriages. These are some of the many examples of the battles that women still have to fight before gender equality can be fully achieved.

As I sign out, I call on all us to play our part as we commemorate Breast Cancer Awareness Month.