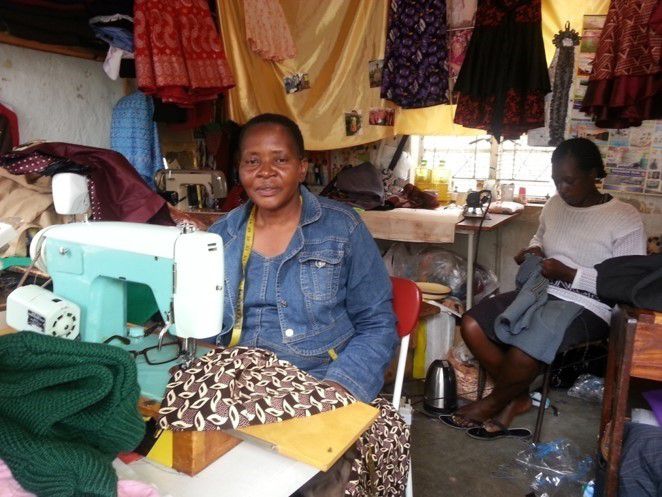 Following the first ever GBV summit in Southern Africa in 2018, and the nationwide campaigns in South Africa led by the #TotalShutDown, #MyBodyNotYourCrimeScene, and #24Demands campaigns, civil society organisations presented suggested amendments to parliament linked to specific policies and laws. Key among them was the request to develop a National Strategic Plan (NSP) which is now in place. As part of government and civil society’s multi-sectoral strategic framework, this initiative aims to work with government to help the country address economic inequalities and achieve freedom from GBV and femicide for the next ten years 2020-2030.

In line with Article 16,17 and 19 of the SADC protocol on Gender and Development, the inclusion of economic power as one of the pillars in the National strategic plan is a first for South Africa as it is an important pillar not only for enhancing voice and choice for GBV survivors, but also an important conceptual shift in the primary prevention of violence in the country. The key outcome that the NSP plans to achieve under economic empowerment by 2030 is to see women, children and LGBTQIA+ persons being able to be free in public spaces, use transport freely and access resources that enable them to make healthy choices in their lives. It is envisaged that this outcome will be realised through various interventions including, accelerating initiatives to address women’s unequal economic and social position; making workplaces safe and violent free for all women; strategic policy interventions by the state, private sector and other key sectors rolled out towards eliminating the impact of the economic drivers of GBV on all women.

Throughout SADC, women’s lack of economic independence remains a persistent challenge, affecting many other aspects of their lives. Without much-needed economic emancipation, women remain entangled in abusive relationships and fail to report violence. To address this imbalance, the South African experience has important implications for SADC. The new NSP is set to influence governments to consider gender-sensitive budgeting, especially as the region looks to stimulate economic recovery following the COVID-19 crisis. Now, governments must focus on attaining more resources and ensuring strategies to serve women’s needs now and beyond the crisis period. The economic emancipation of women has long been seen as an important strategy to improve women status. Apart from enhancing women’s participation in household decision making, women’s economic empowerment influences maternal and child health.

A global ten-country study by UN Women found that 87% of respondents believe the overall success of a country rests on creating more opportunities for women in business.[1] As schools have to a larger extend re-opened following the Covid-19 pandemic lockdowns, emerging evidence shows the importance of focusing on empowering women and girls through work and education opportunities. Both public and private institutions need to provide financing and support.[2] For South Africa, the government will among other activities set up a land and agrarian fund, as well as establishing public private partnerships to facilitate economic opportunities for women leaving abusive relationships. This approach will foster increased multi-stakeholder partnerships which will make the primary prevention of VAWG more effective.

Already, SADC countries like Botswana, South Africa and Zimbabwe have announced economic stimulus packages of $400 million, R500 billion, and ZWL18 billion respectively.  It is important that significant proportions of these funds be channel towards enhancing the economic independence of vulnerable women and girls.

It is imperative to note that significant investments made by governments and the private sector to grow regional economies will erode if the current prevalence of VAWG prevails. The impacts of COVID-19 have also significantly affected the livelihoods of many, and further exposed women to economic dependence and increased vulnerability to GBV. SADC countries have begun easing lockdown restrictions to allow economic activities to commence, but the region will feel the effects of the lockdowns for some time, including in relation to the costs of increased GBV during these months. While South Africa has announced specific support measures to women-led businesses, it is clear there will be further need for new investments to mitigate the pandemic’s disproportionate impact on women and girls. Giving women the necessary support to become financially independent should be the greatest of priorities for SADC going forward.