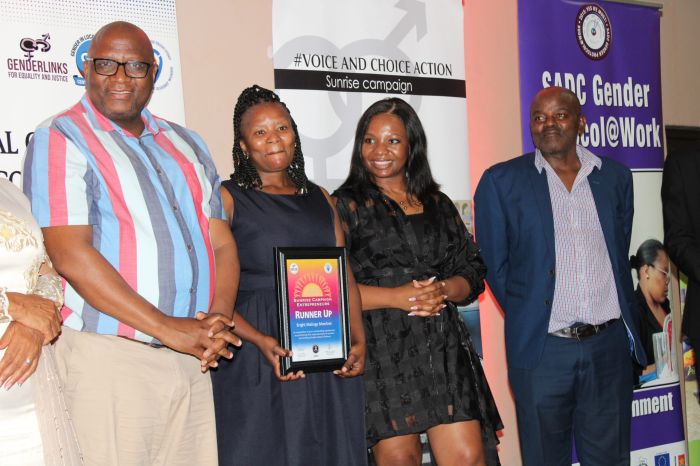 The summit brought together over 100 participants from 12 local authorities, civil society organisations, entrepreneurs, drivers of change and journalists .

The summit attracted high-level partners as the occasion was graced by various stakeholders including, the Gender Unit under the Deputy Prime ministers office, Government senior officials, Eswatini Local Government Association, civil society partners and the media.

The summit under the theme Economic power to end gender-based violence summit reminded local government authorities of the essence of inclusion of women in Local Economic Development (LED) programmes as well as importance of ending GBV.

LED is a key element in improving council economy thus all sectors including women should be involved in its programs in order to achieve sustainable results. Effective LED can reduce disparities between the small medium entrepreneurs and large businesses, increasing overall private sector investments and improved communication flows. On another note, the inclusion of Gender Based Violence programs at councils has showed prevention and mitigation mechanisms implemented to reduce GBV in their spaces.

Mpendulo Masuku who was the guest speaker and a representative of  the deputy prime minister opened and launched the Eswatini 2022 summit. Masuku encouraged women to participate more in entrepreneurial opportunities to change the country’s financial landscape. He further appreciated Gender Links for changing women’s lives, especially those who were survivors of GBV. He commended all who were awarded during the night as well as those who participated not to give up. Masuku said, historically, women found themselves disadvantaged, which was why they were pushing for gender equality to ensure a level playing field for everyone.

He congratulated all participants for making it to the summit as well as learning and sharing from their best practices across the country and in the different regions. He recognised and appreciated the milestones and progress Gender Links has made in the gender mainstreaming agenda at national level within local government. The work and impact is visible from the different programmes and projects seen within local governments around the gender and development agenda.