News Eswatini: Beaten but not broken, a story of surviv... 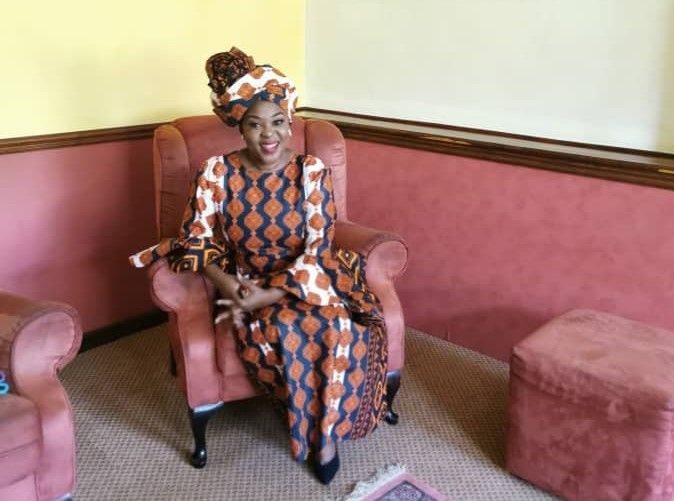 Eswatini: Beaten but not broken, a story of survival

A slap, an apology and an overseas trip – this was the normal order of things in her marriage. This went on for over a decade until she decided she couldn’t take it anymore and slowly weaved her way out and reclaimed her life.

Accounting professional and mother of two girls, Lindiwe Makhubu is living proof that it is never too late to walk out of an abusive marriage. The confident and bubbly Lindiwe says she met her now ex-husband through a friend and he immediately showered her with gifts, something she was not accustomed to. Being young and impressionable, she fell for him hook, line and sinker.  Everything happened very quickly and he wooed her in different ways and before long asked for her hand in marriage and paid lobola. After a small wedding, they moved into an upmarket estate in Johannesburg and lived a grand life where she lacked nothing. She had a new car, a beautiful home and before long she had children – two beautiful girls. It was the ‘perfect’ family picture, so everyone thought. Behind closed doors Lindiwe endured the worst hell anyone can go through. Her husband was physically and very emotionally abusive and this started even before they got married.

“I was young and naïve and believed he was truly sorry when he beat me the first time. It was a slap here and there, a kick or two and a blue-eye now and again. He always apologized for his actions and I fell for this because he helped me take care of my wounds and would ply me with amazing gifts – shopping sprees, overseas holidays and all the things he knew would warm my heart. In comparison to my pain, the gifts seemed much bigger and the greater the suffering I went through, the more lavish my gifts became. To the outside world, our marriage was perfect. All my friends envied me and my family thought I had found the perfect man and they were very happy for me. Being the refined abuser that he was, my husband also went out of his way to be nice to my family and also showered them with gifts from time to time,” she says.

Lindiwe says unlike most typical abusers who isolate one from their friends and family, her ex-husband was the opposite as he forged relations with people close to her thus endearing himself to them. He also made sure she always looked good and bought her the latest designer outfits and encouraged her to be well groomed.

“He loved to see me looking beautiful and well dressed and I took this as a sign of love. This made me easily forgive his outbursts and to work harder at keeping my husband and children happy. What I didn’t know was that by enduring the beatings, I was actually losing myself in the process and raising my daughters in a very toxic environment. Ten years later, I decided enough was enough after another senseless beating. It was a long and difficult journey but I eventually walked out, with my head bowed and my dignity in tatters but it was a great feeling.  It was during the process of trying to pick up the pieces and start over that I had a vision to share my life story with other women and the dream to start a series of dialogues named Beaten But Not Broken was birthed,” she says.

Lindiwe launched this project at Emafini, Eswatini on November 16 in an event that was attended by about over 55 women from all walks of life. She hopes to grow this dream by creating platforms for women in abusive situations to speak out and walk out of relationships that no longer serve them. She hopes to provide women with a platform to heal, find themselves and get counseling.

She says walking out of her marriage, reminded her that she was whole, intelligent and blessed with many gifts. She felt affirmed as a professional, mother, sister and friend and knew she did not need a lavish lifestyle to thrive.

“My dream is to be a voice for women and children who live in fear because they do not know if they would survive after leaving abusive relationships. A radical change is needed to curb the scourge of woman and child abuse. As we commemorate another 16 days of activism against gender-based violence, we need more platforms that allow women to speak out/ We need to raise more awareness, stimulate advocacy efforts and share knowledge and innovations for fighting against domestic violence. I feel the greatest entry point for us parents is to teach our children self-love, identity and finding their purpose in life as this will help them break the generational curse of violence and abuse,” Lindiwe says.

She says her next seminar will focus on more women empowerment and ensuring women claim back their true self and identity.

Sakhephi Dlamini, a domestic violence counselor, says Lindiwe’s story could have ended differently had she decided not to take back her power and applauds her for her bravery.

“I have been a counselor for 16 years and have seen many women leave their homes in caskets. Many women always pray and hope for a happy ending but it never ends well. Abusers do not change, instead they get worse. There are many reasons women do not leave toxic marriages and these are usually rooted in culture, religion and societal expectations. Unfortunately, we can only offer advise but the decision to leave an abuser ultimately lies with the abused person,” she says.

Sakhephi says projects such as Beaten But Not Broken are a welcome intervention in the fight against gender-based violence. She says speaking out against abuse cannot be over-emphasized because if not addressed, this can lead to illness, depression and death.

Eswatini has a high number of abuse cases as witnessed in newspaper articles about this scourge. Almost every day, newspapers carry a number of articles on abuse cases and as the world commemorates 16 days of activism against gender-based violence, it is even more fitting that efforts such as Beaten But Not Broken are brought to the fore to help save precious lives.

One thought on “Eswatini: Beaten but not broken, a story of survival”

Good morning, my name is Winnie Xundu from Soweto South Africa. I saw you on Mr Maake kaNcube’s show on Soweto tv. Every time people talk about abuse they see it as only physical(well most of the time)and I use to think that too but there are so many forms of abuse that women go through. I have experienced physical abuse but the worst for me was emotional abuse because it broke me into so many pieces but no one saw it and I spent years thinking it’s my fault and when I did find courage to tell someone they made me feel like I was making a big deal out of nothing cos I wasn’t beaten. Anyhow I wish there was something done in my area about it. Thank you so much for sharing your story not many women have that courage, you are an inspiration.

Comment on Eswatini: Beaten but not broken, a story of survival Cancel reply