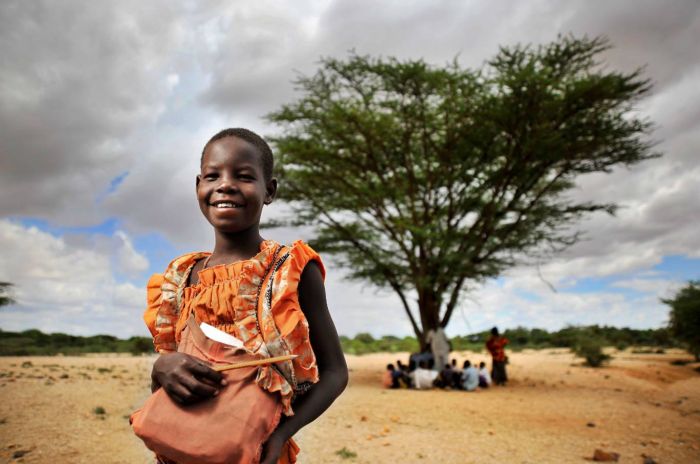 Mbabane, 7 December: Used sanitary pads should only be found in a sanitary bin, a pit latrine, or in an incinerator getting ready to be set alight.

Used sanitary pads should not be found hidden behind the toilet or tucked in the lidless water bowl or flung outside the window so that they land behind the toilet building or stuck inside the toilet after an obvious failed attempt to flush.

One would assume that these are straight forward instructions but one would be gravely mistaken. During my primary school years, the toilet water bowl and behind the toilet is exactly where I found strangers’ soiled pads.

To say I was offended by this would be an understatement, I was repulsed! What was wrong with the senior girls? Unbeknownst to me a year later, I would become one of those senior girls that hid her pad behind the toilet or attempted to flush it.

I would run away when the pad didn’t go down after several ineffective flushes and be riddled with fear that someone would know it was me who was the last to use that toilet that suddenly has water on the floor.

The reason for this unhygienic behavior was that the trash can was over a 50 feet away from the girls toilet, between that was the yard filled with playing school children. Therefore the thought of walking across the school yard full of kids, dirty and smelly sanitary towel in hand crippled me with fear. So a quick tuck in the bowl would suffice, for now, maybe later on when everyone was in class I would fetch my little package and throw it in the bin.

That was if the teacher would let me. We, the senior girls were time and time again reprimanded during assembly about these unhygienic tactics but we were relentless because the alternative was worse. Mine was a Public primary school, my father paid E1, 500.00 per year in school fees.

High school was an entirely different experience, there was no need for all the sneaky tactics and unsanitary tendencies. Each stall in the girl’s toilet was fitted with its own waste bin, an endless supply of toilet paper and there were showers in the building to clean yourself if you soil your school uniform or needed to clean up. If you had period pains, the sick bay was ready to take you in, medicate you and send a note to your teachers that you were ailing so they must send someone with the day’s classwork afterward. Mine was a private high school, my father paid close to E40 000 per year in school fees.

Unfortunately, not many families could afford to take their girls to private school so they continued in the public school system.

This is my experience with Menstrual Hygiene Management (MHM).

According to (Joint Monitoring Programs, 2012) MHM refers to the way that girls and women keep clean and healthy during menstruation and how they acquire, use and dispose of sanitary materials. MHM also includes using soap and water for washing the body as required and having facilities to dispose of used menstrual management materials.

In 2017, the report by United Nation’s Children Fund (UNICEF) which indicated that 1 in 10 girls in sub-Saharan Africa miss school during their menstrual cycle incited instant response from civil society and concerned individuals in Eswatini.

Many campaigned for free pads, with hash-tags such as “If condoms can be free, so can sanitary pads. Sex is a choice, Menstruation is not”. Some organisations organized pad drives and pressed communities to donate pads for that one in ten girls. Some collectives sew re-usable sanitary pads using various materials, some tested some untested.

This attracted the Ministry of Health’s interest. Almost immediately, the distribution of re-usable sanitary pads was banned.

This move was met with varied opinions, some approved because they believed reusable sanitary pads were unsanitary and reverted the nation back to the stone ages. The opposing side believed that the move was counter-progress as menstruating girls were still missing significant amounts of school time and there still weren’t any interventions from government programing to address this matter.

In a brief interview, Zandile Masangane, from the Sexual Reproductive Health Unit in the Ministry of Health said, “The Ministry of Health felt that the reusable sanitary pad was a danger to the reproductive system of our children. The effects of the reusable may not be seen now but may show themselves in future in the form of infertility and gynecological disorders. We welcome and allow donations of pads but only disposable pads.”

The implications of Policy 4.2 pg. 17 in the Swaziland National Policy on Sexual and Reproductive health are that the Ministry of Health shall provide an enabling environment for the provision of ASRH (Adolescent and youth Sexual Reproductive health).

However, Sithembile Dhlamini, Programs Officer of SAfAIDS, an organisation whose mission is to promote effective and ethical development responses to SRHR, HIV, and TB, has come out to say that “the SRH Policy provides on how health issues should be addressed but MHM is not articulated clearly.

Civil society has been implementing MHM programs and making a lot of noise about the issue of neglected MHM however, government policy has been noticeably quiet about these matters. In rural areas, girls continue to stay home because of their menstruation but we are not hearing anything from government about this issue. I believe that government should start supporting the activities that are spearheaded by civil society to address MHM issues.

A research report submitted to the faculty of Commerce, Law and Management in the University of Witwatersrand by Sakhile Khaweka found that, ”There is a lack of courage and political will to acknowledge MHM as a problem”.

Khaweka’s research was conducted at Lasi High School, In the Mpolonjeni area. She states that, “Government policy makers and programmers have not yet fully understood the importance of good MHM practices” and that, “The education and health policies that are supposed to address MHM in schools are silent on this issue. Rural schools lack adequate resources and usually have other pressing priorities”

The 2017 study “Practices of Managing Menstrual Hygiene by Girls in Public Boarding schools- The Case of the Hhohho Region of Swaziland” by Alfred Murye and Sambulo Mamba of the Faculty of Science in the University of Eswatini (UNESWA). Highlighted a few issues with the handling and disposing of sanitary pads in public boarding schools, the study found that “…napkins are not segregated and handled separately from other wastes in these schools as they are mainly together with other general waste in the general waste bins around the school premises. The most common way of treating the menstruation wastes was open burning (64.1% of the respondents) and 35.9% of the respondents indicated that they did not have incinerators or open burning places at the school for dealing with such wastes.”

The study also noted, “A key priority for women and girls is to have the necessary knowledge, facilities and cultural environment to manage menstruation. Hygienically and with dignity. However, the importance of menstrual hygiene management is mostly neglected by development practitioners within the Water, Sanitation and Hygiene (WASH) and other related sectors such as reproductive health practitioners.”

Further, “…there is still inadequate incorporation of menstrual hygiene into infrastructural design for toilets and environmental waste disposal or policies…”

Emaswati are known for their firm cultural and religious beliefs, some of which are celebrated as public holidays. As a result, religious and cultural dogma prevent many adolescent girls from embracing what is considered good menstrual practices.

The culture of silence and shame enforced by these beliefs prolongs the isolation of women and girls who are believed to be impure and unclean during their menstrual cycle. Many rules are to be followed by the menstruating woman.

“A menstruating girl is not allowed in the vegetable garden because the vegetables will die” Bhekani a resident of Mafucula explained. When asked if she has ever witnessed this, she responded “Yes, the plants do not wilt immediately but gradually you will start noticing that your pumpkin plant is not fully maturing, this also happens with a woman who has just given birth”

Religion, especially the Zionist church, does not exempt its self from this issue; during her period, it is forbidden for a woman to sit with the rest of the church, especially the males. She is not allowed to cook for her husband, and she cannot wear her church uniform.

”Unlike some of the bigger Zionist churches, our branch is not really strict when it comes to a woman cooking for her husband during her menstruation. That doctrine only pertains to a woman who has just given birth. However you are not allowed to wear the church uniform during your menstrual cycle.” Lungile, a Zionist woman interviewed on her way to church relayed.

These beliefs also set restrictions on the relationship between a man and his daughter’s MHM. On the 25th of November a survey, as part of this articles investigation, was given to ten adolescent girls in the Matsapha area. The point of the survey was to inspect their overall knowledge of the menstrual cycle, their practices, and the involvement of their fathers in their MHM.

The study then questioned the information that was given to them during their first menstrual cycle, the common information was that they should not have sex because the menstrual blood was indicative of their ability to get pregnant.

When asked whether there are months when they don’t afford sanitary pads and what they used during this time- Eight of the girls said that they always afforded sanitary pads, one girl said that she sometimes uses tissue to soak up the blood when she does not have sanitary pads, the last one wrote that she uses a cloth to also absorb her menstrual blood.

When asked how one spots that her menstrual blood is unhealthy, five of the girls wrote that “the blood turns black-ish or a dark brown”, one wrote “it becomes a clear red” and the rest answered that they didn’t know.

Lastly when asked the steps that they take after realizing that they have soiled their school uniform, four wrote that they wash the soiled part of the uniform in the bathroom tap, one said “I hide the stain with a jersey” and the rest said that fortunately they haven’t experienced soiling their uniforms during school hours.

The survey of 25th November, the research of Khaweka (2017) and the Murye/Mamba (2017) study support the claims made by civil society that some Eswatini schools still do not have facilities that offer private waste bins, running water, and general privacy for girls to change their pads. These schools do not have facilities that allow girls to dispose of sanitary pads and keep clean and healthy while washing themselves and their soiled uniforms with dignity, and that there is a lack administrative and programmatic support for the girl child in managing her menstruation in the school environment.

Neglected MHM, religious and cultural Myths, lack of MHM knowledge, and the lack of water and sanitation in schools are the biggest obstacles to the attainment of quality education and realization of economic freedom for the Swati girl child.

Ayanda Jozane is a freelancer from Swaziland. This article is part of the 16 Days News Service #VoiceandChoiceCampaign