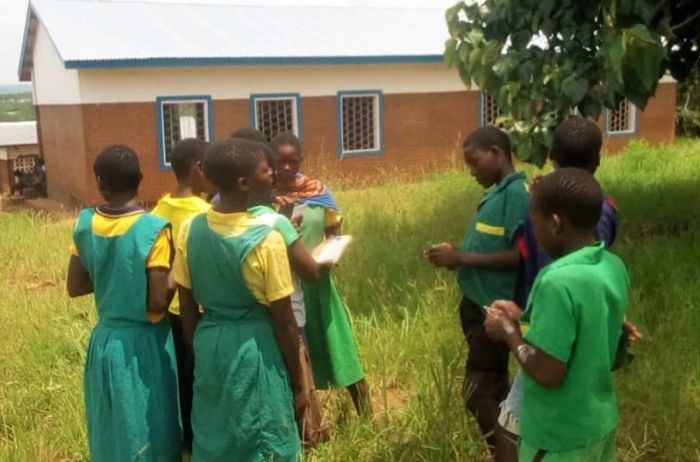 Lilongwe, 4 May: In Africa, where health expert’s fear thousands of people might die due to the novel  Corona virus, the pandemic has quickly evolved from a health care crisis to an educational one, as governments on the continent closed schools in an attempt to contain the COVID-19 pandemic.

While countries appear to be frantically focusing their COVID-19 response mainly on health systems, the pandemic is already having a devastating impact on school-going children.

Globally, at least 1.5 billion students and 63 million primary and secondary teachers are affected by the unprecedented disruption caused by the COVID-19 pandemic, with school closures in 191 countries, according to the Teacher Task Force, an international alliance coordinated by UNESCO.

Malawi which has nearly 5 million primary school learners  who have been affected has increasingly mounting fears that many female students might end up falling pregnant during the forced holidays and many will drop out of school.

Abdullah Dickson (15) is in Standard 8, and said the news of the closure of schools in Malawi hit him like a hard: “Honestly, I was not happy because I was about to sit for my national exams, which have been cancelled indefinitely.”

He said considering that Malawi National Examination Board (MANEB) exams are “tough”, he is so scared he might end up not do well during the exams.

Meanwhile, Abdullah said he currently reads his notes and also holds discussions with his friends in small groups of five, but still fears he might forget some concepts he has been learning at school, which will be difficult to catch up when he goes back to school.

“On the other hand, I think it was good to close schools as it will help to prevent the virus from spreading further,” he said.

Tapiwa Theu (13), a Standard 7 learner, agreed with Abdullah that the closure came as a huge surprise to most of them.

She said, “I didn’t expect it at that time as I was about to enter a new class, but now my future is doomed as I do not know when the government will re-open schools.”

Theu, who also said she sometimes spends her time reading her notes, said the country will continue to be poor because most learners will be ignorant.

Meanwhile, while learners in Malawi are worried about failing during exams due the closure of schools and questioning the effectiveness of measures put in place by governments such as online learning, some parents and teachers have another fear: mass pregnancies of female learners which may lead to further drop outs of school.

Even before the Covid -19 pandemic struck thousands of girls were already at risk of dropping out of school. Now adolescent girls’ existing vulnerabilities are worsened. With girls out of school they face higher risk of physical and sexual abuse as they may be locked down with perpetrators which may also lead to teenage pregnancies.

Euwert Lifa is one of the parents whose children have been affected by the closure of the schools due the outbreak of coronavirus in Malawi.

“When I heard about the closure of schools, I got worried because students did not learn what they intended to learn, and currently we don’t know the way forward. However, I feel government did the right decision in order to protect the students from the pandemic, because schools are vulnerable in terms of pandemic transmission,” he says.

While Lifa said he always encourages his children to read and monitors them, he feels very bad about the whole situation.

Lifa said, “I fear there will be a high rate of school dropout among girls as most of them will be impregnated.”

“I have personally seen some girls going out with boys during this forced holiday season, a development which would not have been the case if schools were not closed because during this period learners are always busy and concentrate on their studies.”

Lifa’s sentiments are echoed by Denvel Litchapa, a secondary school Life Skills teacher, who said, on a positive note, the suspension of lessons will give the students the best opportunity for intensifying the studying of their notes.

“Sometimes students have less time studying, but this is their opportunity to master what they learnt but also to go ahead of teachers. However, when you walk around, you find that a lot of youths are abusing this free time by engaging in drugs and alcohol abuse,” he said.

“Some are even taking advantage of this time in spending ‘wonderful time’ with their boyfriends or girlfriends. This might lead them to indulge in juvenile delinquency so that they should find money for buying the drugs and the alcohol. They also might use this time as a sex experimentation time which can expose them to sexually transmitted infections, including HIV/AIDS at the same time, being involved in teenage pregnancies if having unprotected sex.”

The Life Skills teacher also said during this time community leaders should pay particular attention to the girls, who are more likely to face a disproportionately larger burden for caring for family members who contract the virus and taking care of younger children and be at risk of negative family coping mechanisms like child marriage.

The teacher suggested that the weeks lost due to covid-19 pandemic should be compensated for during the third term holiday.

“We usually have seven weeks holiday for the third term, so some of the weeks can be used for learning in compensation for the weeks lost. In this way, we can have teachers and students finish the syllabus.”

Executive Director of Civil Society Education Coalition, Benedicto Kondowe, said, “Covid-19 is likely going to have negative impact on education in the country because of a number of things, thereby affecting the quality of education even when schools are re-opened, because of the disruption of teaching and learning.

“The sudden closure of schools would also affect the performance of learners due to the uncertainty and lack of learning, as Standard 8 and Form 4 national examinations were called off indefinitely due to the pandemic. It is unlikely that performance will be good in these examinations due to lack of alternative modes of learning,” he said.

“The problem will also increase the dropout rates in our schools especially primary education as it serves a motivation. Due to frustration that COVID- 19 pandemic imposes on learners, some of these learners would get disempowered and discouraged to the extent that they would not want to return to school.”

In a bid to salvage education in the country in March 2020, the Malawi government signed a landmark agreement with one of the country’s mobile companies TNM plc, which will see the company offering free access to online educational content.

Theu is one of those who are skeptical about the initiative.

“While some schools, especially private ones, are better prepared to provide online learning for learners during the school closures, most of us, particularly marginalised girls and boys living in rural areas or the suburb of the main cities, will really struggle to access this mode of learning,” she said.

The already widened gender digital divide may also impact this initiative greatly. UNESCO Director General, Audrey Azoulay, said, when it comes to provision of online learning, disparities are particularly acute in low-income countries: in sub-Saharan Africa, 89 per cent of learners do not have access to household computers and 82% lack internet access.

She said, furthermore, while mobile phones can enable learner’s access to information, connect with their teachers and with one another, about 56 million learners live in locations not served by mobile networks, almost half in sub-Saharan Africa.

Now, it remains to be seen whether for a country like Malawi, where where ICT and other distance methodologies are less available, the transition to online learning during this period will be feasible.

During and after this pandemic it is important to keep girls in schools to protect them from teenage pregnancies and forced marriage. As governments navigate and find solutions to dealing with the COVID-19 pandemic and its impact on education, they must remember to safe guard the progress made in improving girls’ education and not roll back the successes. The online solutions offered must also ensure that girls are not left behind they need to be trained with the necessary digital skills, including the knowledge and skills they need to stay safe online.

Winstone Mwale is a journalist from Malawi. This story is part of the Gender Links News Service , Gender and COVID 19 news series