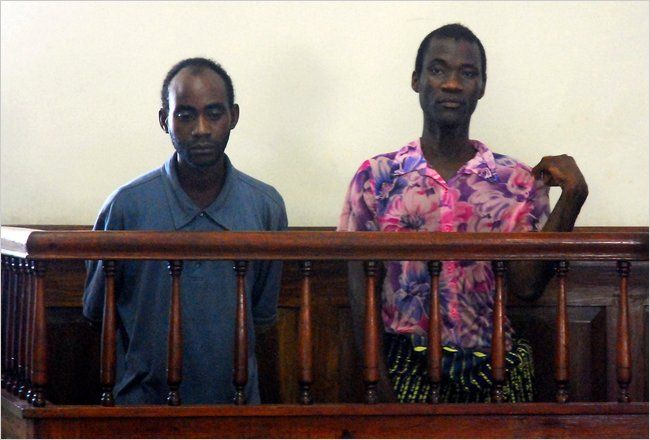 Malawi: From Australia to Malawi issues affecting Lesbian, Gay, Bisexual, Transgender and Intersex and Queer/ Questioning (LGBTIQ) community could be the same. In Australia a deeply religious 30-year old rugby player Israel Folau, found himself in hot water over his anti-gay comments. He posted on social media that “hell awaits homosexuals”. It cost him his rugby career. Reports indicate that he was embroiled in a similar row last year “but has stood by his comments and said he was prepared to choose his faith over rugby”.

In an election year in Malawi, both politicians and faith leaders are equally jittery on the issue. During a recent presidential debate over the issue LGBTIQ persons’ rights, the openly divisive and contentious topic saw some politicians suggesting a referendum while others openly said it was un-Malawian and should not be allowed in a widely conservative and religious nation like Malawi.

Rights activists say apparently Malawi remains a homophobic society but insist that LGBTI persons have the constitutional right to exist and enjoy freedoms without conditions. A human rights activist argues that “criminalizing private sexual relationships between consenting adults, whether the relationships are homosexual or heterosexual, is a violation of the right to privacy, is discriminatory in nature and violates international human rights law. When enforced, these laws violate rights to freedom from arbitrary arrest and detention.”

In 2010, the arrest and conviction of a gay couple – Tiwonge Chimbalanga and Steven Monjeza – put Malawi in the limelight as a local court sentenced the two to spend 14 years in prison for practicing homosexuality. There were condemnations from around the globe on the severity of the court decision forcing former United Nations Secretary General Ban, Ki Moon to fly to Malawi to hold discussions with then President Bingu wa Mutharika and Members of Parliament.

The gay couple was released following a presidential pardon. Since then there have been calls to decriminalise same sex relations but the issue continues to divide the nation with the Church of Central Africa Presbyterian (CCAP) Nkhoma Synod in one of its pastoral letters openly declaring that “We advise our members to categorically refrain from such a practice and advocate its termination from our society. We stand in solidarity with the majority of Malawians who equally condemn the practice of homosexuality.”

However, Reverend Andrew Kamponda of the CCAP, who features in the documentary The Plight of the Intersex in Malawi by Centre for the Development of People (Cedep) says he considers the LGBTIQ persons as human beings.“The Bible tells us that every person was created in the image of God. I strongly believe that these people (LGBTIQ) have been created in the image of God.  In the church we consider them as human beings; and in the church we do not practice segregation,” Reverend Kamponda says.

Another faith leader in the documentary, Sheikh Abdul Mwanyali says faith leaders must break the silence and talk about the issue.“This is a simple issue. Spiritual leaders must be open-minded. I believe that God’s creation is flawless. Faith leaders must therefore recognize the existence of other people [like the LGBTIQ community],” he says.  The Catholic Church, with the largest following in Malawi, in its pastoral letters has also come out clear on the contentious issue affirming that the homosexual condition is disordered, but not sinful in itself.

In a pastoral letter of 2016, Mercy of God as a path of hope: On current socio-political and economic issues in Malawi, the Bishops of the Catholic Church wrote: “We also affirm that once a person with this orientation or indeed a person without this orientation indulges in homosexual acts, such acts must always be judged as objectively evil and totally unacceptable. Whatever the circumstances or reasons behind this disordered orientation, the Church does not condemn or judge someone because of his or her sexual orientation.”The letter adds that: “In front of the homosexual orientation and homosexual persons, the attitude of the Church is non-judgmental; yes, their condition is disordered but not sinful in itself. However, when it comes to homosexual acts or unions, the Church does not mince words: these are objectively evil and totally unacceptable.”

Bishop Brighton Vita Malasa of the Anglican Church in the Diocese of Upper Shire says his church treats LGBTIQ persons just like any other human being in line with the word of God which stresses the unconditional love of God. “We shepherd everyone including the LGBTIQ community. We do not segregate or discriminate against them. The church has embraced them as human beings who need our help and support,” Bishop Malasa says.

Addressing the issue pastorally, Bishop Malasa says like all sinners such as prostitutes and others, LGBTIQ persons must be ready reform and repent. However, the bishop is against labelling and condemning the LGBTIQ community and viewing them as “most sinners.” “Let us not judge people; only God can judge. All we can do is make sure that everyone including LGBTIQ persons are enjoying their fundamental rights. We have to treat each other equally,” Bishop Malasa says.

As a way forward, Bishop Malasa suggests that government and its stakeholders should do more research on how it can deal with issues evolving around LGBTIQ community’s rights. “Although homosexual acts are viewed as an abomination in the church, there ought to be a humane way of dealing those that are perceived to be sinners. Let us deal with these issues in a dignified manner,” Bishop Malasa says.

At the height of the debate to decriminalize same sex relations former president Joyce Banda’s administration put a moratorium on laws governing homosexual acts. Although police continue to arrest those suspected to be LGBTIQ persons the moratorium still stands.

Billy Mayaya, a human rights activist says LGBTI issues are broad and international in scope and therefore include Malawi. He says Malawi’s Constitution recognizes the rights of all under chapter 4 adding there are also principles of inclusion and non-discrimination.

“The government has an obligation to protect the rights of the LGBTIQ community. Religious laws are subservient to secular laws and therefore while the Church may have an opinion to guide congregations on issues of sexuality and morality it must be aware that international and domestic law emphasize the need for tolerance and inclusion of all. Therefore, to continue castigating those in the LGBTIQ community for personal choices of sexual orientation is a gross breach of constitutional rights clearly outlined in the supreme law of the land,” Mayaya says.

He explains that the Penal Code outlaws same sex relations but currently there is a moratorium put on that specific section in order to create space for a judicial review. The moratorium means police can no longer arrest or prosecute gays or lesbians. Mayaya says: “In light of Malawi’s political dispensation, there is need for the churches to examine its approach to LGBTIQ rights and how people who live secretly both in the church and outside of it are integrated into the broader community of believers.

Gift Trapence, executive director of Cedep calls for an inclusive society in which every individual, each with rights and responsibilities, has an active role to play. Writing in the column Minority Rights Forum in The Weekend Nation of Saturday, March 30, 2019, Trapence says such an inclusive society is based on respect for all human rights and a recognition that all human beings, irrespective of their ethnic origin, gender identity, sexual orientation or any other status, are born free and equal to, in dignity and rights. “Such a society also recognizes cultural and ethnic diversity and the special needs of vulnerable and disadvantaged groups,” Trapence says.

Section 20 (1) of the Constitution of Malawi prohibits discrimination of any kind stating: “Discrimination of any persons in any form is prohibited and all persons are, under any law, guaranteed equal and effective protection against discrimination on grounds of race, colour, sex, language, religion, political or other opinion, nationality, ethnic or social origin, disability, property, birth or other status.

Would Malawi repeal the ban on homosexuality and on same-sex marriages? Currently the Penal Code, which dates back to the colonial era, calls homosexuality as, “an unnatural act.” Both legal experts and rights advocates agree that the LGBTIQ community exist in Malawi and should be respected and embraced. Perhaps it’s time to start a serious and honest conversation on the LGBTIQ community before the situation gets out of hand.