News Zim: Where is the Gender in the Elections Agenda?... 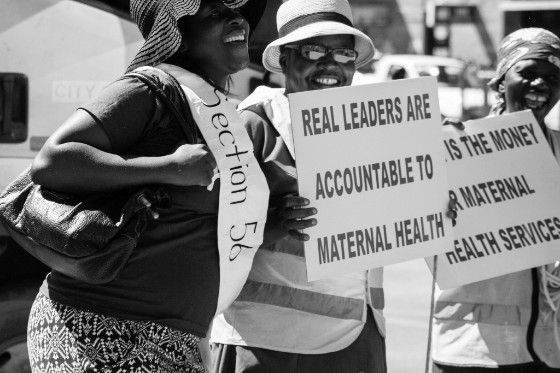 Zim: Where is the Gender in the Elections Agenda?

So we are going to have elections this year. We don’t have the date yet but if we go by the Constitution, we should have exercised our right to vote no later than August 21.

Predictably, there are a lot of discussions on electoral reforms. These are very important discussions because elections matter. They matter to all citizens. Or maybe they should? But do they? When people ask me why I vote, I always say at the end of the day, it matters how we are governed. Elections form the basis of a social contract between the governing and the governed. How do we want to be governed? What do we expect the governing to do in carrying out their duties?

I also have an interest in elections, the media and women. So the discussion on electoral and media reforms is close to my heart. Between 2009 and 2010 I was the Project Coordinator of the Media Alliance of Zimbabwe (MAZ), a grouping of media advocacy organisations: Media Institute of Southern Africa (MISA), Media Monitoring Project of Zimbabwe (MMPZ) and the Zimbabwe Union of Journalists (ZUJ). The major campaign of the Alliance at that time was reforming the Zimbabwe Broadcasting Corporation (ZBC) from a party broadcaster to a public broadcaster. Obviously, this was a mammoth task, but we said we have to start somewhere. We lobbied different stakeholders, including Government to put across our case. We impressed upon them that ZBC is a public broadcaster; it should behave like one and adhere to basic principles and standards of a broadcaster of that nature.

I can tell you nothing much has changed at ZBC. There is no effort to provide balanced coverage of political parties. The news bulletins may as well be ZANU PF Public Relations bulletins and notice boards. I don’t want to believe that the ruling party does not have other communication channels to announce its Politburo meetings. I do not see any difference between this ZBC and the one that aired 18 ZANU PF rallies and none of the MDC-T in its 8pm bulletin the night before the 2008 elections, clearly going against one of the basic principles of Public Service Broadcasting of reflecting the diversity within a society. Never mind that the Zimbabwe Electoral Commission (ZEC) had clear guidelines on media coverage of political parties during the election period.

Sadly, this complete disregard of principles and guidelines is not peculiar to ZBC. It also exists in Government and other governance structures. I have always maintained that governance structures are very unresponsive and rigid. Frankly speaking, I wish I could be proved wrong one of these days, but for now all I see is the “We have been doing it this way since 1980; we shall continue doing it this way” mode. More so when it comes to Gender Equality; it is a nightmare. When I mention Gender Equality in certain circles, it is not uncommon to be told “Watanga;” as if to say I am talking about some strange idea from Mars or Venus. But it is not strange at all.

Gender Equality is entrenched in Section 3(g) of the Constitution as one of the country’s founding values and principles. In addition, Section 56(2) states unambiguously “Women and men have the right to equal treatment, including the right to equal opportunities in political, economic, cultural and social spheres.”

Let me talk about equal treatment in the political sphere. I will look at the economic, cultural and social spheres another day. Women in political parties are certainly not treated on the basis of equality with the men. They are largely relegated to the Women’s Wings and hardly progress to the Main Wings where crucial party decisions are made. I contend that the party systems are designed to exclude the women, and this starts at the candidate selection stage. I have interacted with women in political parties long enough to know that more often than not they really have no control over the final party candidate lists. Men are in control of the candidate selection; they determine who represents their parties. It is a “jobs for boys” affair. This is where the exclusion starts. So as long as parties select more men than women it follows that there will be more men than women in Councils or Parliament.

I find it hard to believe that the country’s main political parties, ZANU (PF) and MDC-T, for example, do not have enough capable women to challenge men in primary elections. I deliberately use capable here because the argument about capacity, competence and whatever else always comes up when I discuss women’s political participation: “It’s not about gender; it’s about competence” and so on. I always ask what competence is being referred to. What exactly does it take to represent a Ward or a Constituency? What special skills do men have that women do not have?

I strongly believe that the parties have no desire to increase women’s political participation. Well, at least not in any meaningful manner. The parties may throw in “Gender Equality” here and a little “Women’s Economic Empowerment” there, in attempts to pacify the women. But they are not doing anything tangible to ensure that women rise to the decision making positions. In other words, there is no political will to open up the political sphere to more women.

Here is the point: It is one thing to be a card-carrying member of a political party. It is quite another to be part of a decision making structure. These structures are important for obvious reasons. These are the spaces I would like to see more women occupying because they pretty much determine, or at least significantly influence what happens in the party.

By the way, why have these political parties not aligned their Constitutions to the national Constitution’s 50/50 requirement, yet they were telling us to “Vote Yes” in the 2013 Referendum?

The way I see it, for women’s political participation to be meaningful, it has to be in all structures of the parties; not just some. It also means fully participating in decision-making processes and not to always be on the periphery. At the moment, women’s participation in the political parties is characterised by donkey work like door to door campaigns. The women campaign with little or no support from their parties, with no rewards. The parties side-line women and do not provide a conducive environment for them to rise to the high offices. Perhaps this explains why there are a number of female independent candidates in this year’s elections?

Women deserve better.
Political parties can do better.
They have to do better.

Let me turn my attention to the State, seeing as it is the Duty Bearer with the obligation to respect, promote and fulfill human rights. Section 17 of the Constitution is unequivocal on the State’s duty to promote Gender Equality. “The State must [not may] promote full gender balance in Zimbabwean society…” [my emphasis]. Subsection (2) states: “the State must take positive measures to rectify gender discrimination and imbalances resulting from past practices and policies.”

Furthermore, the National Gender Policy (2013-2017) pledges Government’s commitment to facilitating the “designing and implementation of policies that redress gender imbalances in all spheres and levels of life as part of fulfilling its regional and international commitments.”

In addition, Zimbabwe is a signatory to Regional and International conventions and protocols that promote gender equality and equity, including the Southern African Development Community (SADC) Protocol on Gender and Development, the Convention on Civil and Political Rights (CCPR) as well as the Convention on the Elimination of all Forms of Discrimination against Women (CEDAW) (1979). CEDAW has been described as an “International Bill of Rights for women.”

Interestingly, the country ratified this Convention in 1991. So it is not as if the Government was not aware of its responsibilities in as far as Gender Equality is concerned all along. It has been aware for ages.

Sadly, despite these Local, Regional and International commitments, the Government has not taken any concrete steps towards achieving Gender Equality, even within its structures. Of course, policies have been enacted but implementation is woefully lacking. Once again, just like within parties, lack of political will is a major factor.

In my opinion, there is no urgency whatsoever to address this non-implementation. Even where one thinks a sizeable number of women can be appointed to certain positions, Government is found wanting. After the 2013 elections, former President Robert Mugabe appointed only three women to the Cabinet of 26 ministers; a mere 11.5%. This falls far short of the SADC Protocol on Gender and Development’s target of 50% representation of women in public and private spheres by 2015. See “Outrage over cabinet gender bias” in the Zimbabwe Independent newspaper of September 20, 2013.

The trend is continuing as President Emmerson Mnangagwa appointed only four (4) women to the 22-member Cabinet, which translates to 18%, a slight improvement but it is still a long way from the 50%. This is despite the commitment he made in his inauguration speech to “do things differently.”

To his credit though, President Mnangagwa appointed Ms Faith Mazani as Commissioner General of the Zimbabwe Revenue Authority (ZIMRA) and Justice Priscilla Chigumba as Chairperson of the Zimbabwe Electoral Commission (ZEC).

However, a lot more still needs to be done. “At least some women have been appointed” is just not good enough. We are not about to be grateful for crumbs; we want the loaf. Government must show that it is serious about its commitment to “empowering women.” Who are these women? Where are they?

Women should be treated like citizens of Zimbabwe, not like children of a lesser god. To borrow a phrase I heard from Takura Zhangazha many moons ago, Zimbabwe is our country too: OC₂

We need to see the numbers of women in all spheres increasing significantly. The time for rhetoric is over.

This blog has been published with permission from  Buhlebenkosi Tshabangu Moyo. Follow her blog on https://buhlematsha.wordpress.com/

Comment on Zim: Where is the Gender in the Elections Agenda? Cancel reply