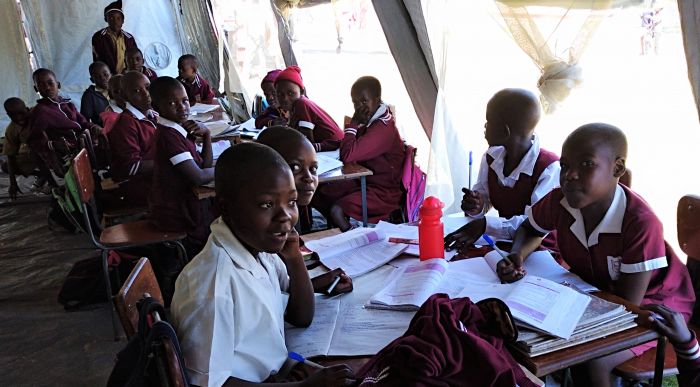 Bulawayo, 20 July: Covid-19 has upended the lives of many children and their families alike, with migratory efforts such lock downs resulting in countrywide school closures, affecting children’s routines and support systems.

Pandemic control measures that do not account for the gender specific needs and vulnerabilities of young women and girls may increase their risk of sexual exploitation, including child marriage.

Fourteen year old Grace Ndlovu aspired to be a scientist, just like the one she had read about in one of the books that her teacher used to bring whenever she went to the city on Fridays.

She aspired to study chemistry so she could make drugs and medicine to heal people and give to the clinics that often had short supplies.

Grace knew she could achieve her dream, as her fees were being paid for by a local organisation, and her teacher had told her that she could be anything that she wanted.

Coming from a disadvantaged background, earning a living by selling wild fruits and Mopani worms to motorists driving by,  her greatest joy came when she passed her Grade Seven examinations and was accepted by Whitewater secondary school in Matobo district, Matabeleland South.

A uniform and stationary were delivered and the organisation paid for her fess. Her primary school teacher bid her farewell and wished her luck. Even her mother was happy.

She got to wear brand new school shoes for the first time as she started on the first term of her first year at secondary school.

Grace’s joy would be short-lived as a nationwide lock down necessitated by the Covid-19 pandemic forced schools to close, before she even sat for the first exams at secondary school.

While still waiting for the lock down to be over, plans were made for her to be married off to a church leader of a local apostolic sect, together with another girl in the area. Bride price was paid for and her struggling father was delighted that he had one less mouth to feed.

Alert traditional leaders in the community came to the rescue of the girls and the ‘marriages’ were never successful.

Today, she has a second chance at aiming for her career in science and chemistry. For now, she listens to radio lessons organised by UNICEF with her young brothers and helps them do the homework they get from the radio lessons.

Grace’s case mirrors that of many other underprivileged girls. But not all child brides are as lucky as Grace. The Covid-19 pandemic is cutting off young girls from school, which is a place of refuge for many young people.

Poverty has been worsened in communities and some families can opt to sacrifice their daughters for a few bests, of it will save them from the hunger and other economic woes brought by the pandemic.

Children’s rights experts and activists say the Covid-19 pandemic could reverse some of the gains earned in keeping girls in school and ensuring they were protected from social vices such as child marriages.

Girl child advocate and Parliamentary portfolio chairperson on Education, Ms Priscilla Misihairambwi Mushonga told Gener Linksthat child marriages were being worsened by the covid-19 pandemic and that there were many girls being married off, however with few being reported.

She added that teenage pregnancies were also on the rise, due to idle minds as a result of the lockdown, with young girls having missed almost four months of school time so far.

“This very long holiday is proving problematic. While parents in poor households can consider marrying off daughters due to poverty and other religious beliefs, our young girls are getting lured into all sorts of things because they have too much time in their hands. When there is no school, there is a lot if idleness and nothing good can come out of that,” she said.

“When schools are open, pupils are close to their teachers, who do not only teach them math, history and other such subjects, but are also there to counsel them and to give them the right sex education,” she added.

“It is also problematic that our systems are not very flexible for our young girls to access contraceptives. So more free time without school commitments may mean more time to engage in risky behaviours, so by all means, unwanted pregnancies will be on the rise. I am however particularly worried about the child brides because they are being robbed of their future because of this Covid-19. Teachers and the rest if the school community are nowhere near at such a time to notice if a member of the class is missing so that they investigate, so many child marriages will happen successfully and quietly,” said Misihairambwi.

The deepening poverty owing to loss of livelihoods brought about Covid-19 and juxtaposed with perennial droughts in Zimbabwe’s Matabeleland South Province, are driving a number of families to marry off their under-age daughters.

This is in glaring contrast to the fact that the country outlawed child marriages in a landmark ruling in 2016.

As a survival mechanism to navigate the difficulties presented by the raging pandemic, some families are throwing caution to the wind and marrying of their daughters.

The lockdown is freezing the source of livelihoods for many rural households and many homes have anything to eat.

Lobola, or dowry becomes a temptation, as it is an extra incentive that comes after reducing the mouths that a family has to feed on the dinner table. Like Grace’s, more families continue to give up their daughter, no matter how bright their futures may be.

African Goodwill Ambassador to end Child marriages Nyaradzayi Gumbonzvanda recently said the extended school holidays are exposing most young vulnerable girls to a lot of abuse in their communities.

She highlighted that schools were places of refuge and provided sanctuaries to young girls and ensured that their dreams of brighter days were validated. There is a lot of support from teachers and schoolmates within the school community and the workload of school is a good distraction.

With travel still limited, support organisations are finding it difficult to penetrate some communities and bring the vices to an end.

The indefinite lockdown level two is leading to a surge in teenage pregnancies, which result in pressure to marry, leading to less chances of girls continuing with school.

A UNICEF report released in April has projected that the Covid-19 pandemic could push up to 86 more million children into poverty by the end of 2020. This means that millions of girls will be vulnerable and at risk of being forced into child marriages.

The same report projected that the pandemic could lead to an extra 13 million child marriages globally over the next decade.

Andile Tshuma is a journalist from Zimbabwe. This story is part of the GL News Service Gender and COVID-19 News series