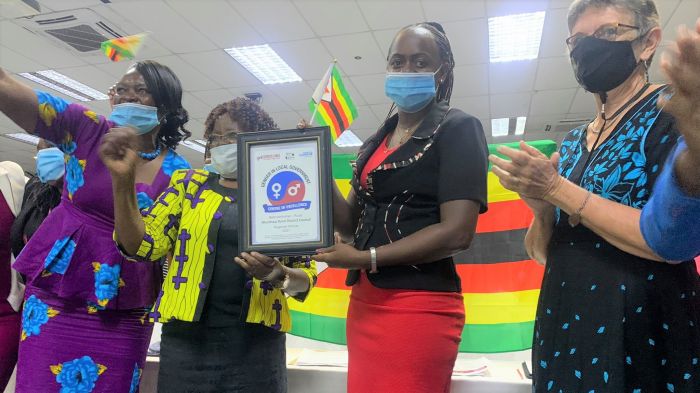 A panel of 12 judges adjudicated 123 presentations from 152 regional submissions made for the summit. 29 participants did not manage to make their presentations. Each category had a winner and runner up. The judges recognised 17 winners and 17 runner ups from the aforementioned 16 categories. Of the winners 27 were women while seven were men.

Several high level dignitaries including Lesotho’s Minister of Foreign Affairs and former Chairperson of the SADC Parliamentary Forum, Matsepo Ramakoae as well as Dr Sithembiso Nyoni, Minister of Women’s Affairs in Zimbabwe attended the event. Speaking at the awards High Commissioner of Canada to South Africa, Ambassador Christopher Cooter who gave the key note address applauded GL and partners for standing strong in the face of challenges and bringing the definition of resilience to a new level.

Zimbabwe scooped 13 awards from across the different categories.  Mauritius had six awards, South Africa four, Madagascar three, Mozambique and Eswatini acquired two each while Botswana, Namibia, Seychelles and Malawi scooped one each.

Judges commended all the organisations and individuals on their outstanding work and encouraged them to continue pushing boundaries to contribute to achieving gender equality in Southern Africa.

The Summit Awards culminated in the celebration of GL’s 20th Birthday anniversary where the outgoing Chief Executive Officer and now Special Advisor to GL, Colleen Lowe Morna, passed on the baton to Kubi Rama GL’s news Executive Director.  GL celebrated the immense contribution it has made in the lives of women and girls in the region and renewed its commitment to achieving gender equality and justice in Southern Africa.

For more information, on the Regional Summit and Awards please contact on media@genderlinks.org.za or call us on  0661682080.

congratulations on a wonderful and successful summit. Keep up the good work Genderlinks

Zimbabwe thumps up and a good achievement for the region