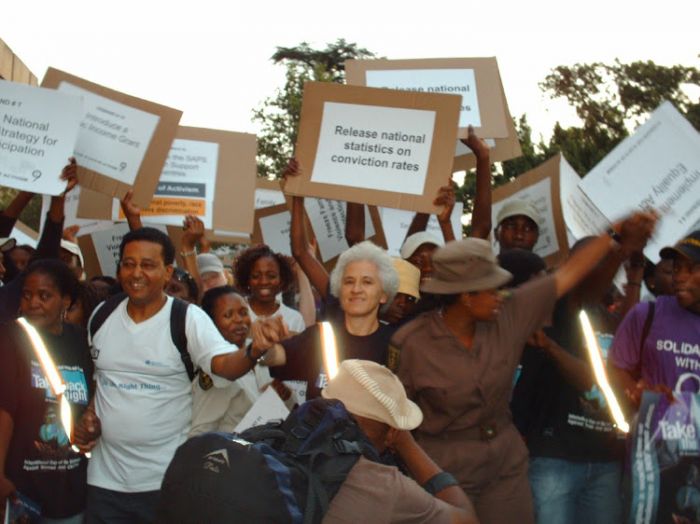 March 17 marked 20 years of the existence of the women’s rights organisation, Gender Links. birthed by a visionary, Colleen Lowe Morna, who at an unfashionable time saw the need to make gender part of the agenda in the Southern African Development Community (SADC) region specifically. Today, Gender Links finds itself housed in 10 SADC countries, including a Lusophone base in Mozambique and Francophone base in Madagascar.

Gender Links reaching this milestone is not a small feat, when organisations such as these depend on funding that is usually the first to face austerity measures when donors face financial challenges or need to divert funds. This is especially true when one considers that their work started at a time when zoning in on gender, as it relates to women, was not fashionable.

I am reminded of the University of Johannesburg’s slogan which states “The future belongs to those who reimagine it”. I find this statement befitting in this context, as 20 years ago it was not kosher for journalists to think about how women are portrayed and written about in the media.

It was the leadership of Gender Links that began to sensitise media on how it reports on women. That using pictures of half-naked women may sell but it objectifies women. It is Gender Links that 20 years ago made it possible for media houses to look at themselves as to their role in perpetrating the stereotypes that play into misogyny. The changes in attitudes, that we see today, although slow, were pioneered by organisations such as Gender Links, not only in SA but throughout SADC.

Gender Links has gone as far as establishing Centres of Excellence for Gender in the Media and has been working with 100 newsrooms in the SADC region to ensure they have at least 30% women sources in news content and that women are equally represented in all areas and at all levels of decision-making within media houses.

Gender Links did some of the groundbreaking research into gender and media. It also played a role in getting local governments in the SADC region to prioritise gender. It did this through 432 councils that have joined the Centres of Excellence for Gender in Local Government which includes gender-responsive budgeting and service delivery, with new areas such as sexual and reproductive health and rights as well as climate change. Gender Links understood that the issues affecting women cannot not be a critical part of local governance or governance generally.

That women’s issues should not be seen as just another issue, but are prioritised, to ensure that the status quo of women being left behind and resources only trickling down to them does not remain.

It was part of organisations which came up with much-needed tools that aid us in understanding different issues associated with gender; tools such as the SADC gender barometer which tracks progress towards attaining gender equality in SADC. Their research and findings are used worldwide by universities, and by media houses to name a few.

Former president Nelson Mandela said this to SADC leaders about women’s leadership: “As leaders of SADC, we recognise that freedom cannot truly be achieved unless women attain equality, respect and dignity through their full participation in every aspect of our regional endeavour.” His views are a confirmation of the work that Gender Links did with African leaders who are largely male. Gender Links ensured that the gender agenda was not an aberration, but remained a core part of their deliberations.

Gender Links ensured that gender is mainstreamed in governance matters, making links between gender, equality, and justice, that a just state cannot look at gender as just another issue in the exhaustive list of issues but a just state must prioritise it. Because if we admit that our society is experienced as a gendered society, our interventions should then follow in the same light, our society must respond in a gendered manner.

Finally, I want to salute you Colleen for your dedication and resoluteness in ensuring that Gender Links grows from strength to strength. As you take your well-deserved retirement, I wish you all the best. As Shaudzirai Mudekunye perfectly said, you are a true story of a person that has created something bigger than themselves, that will outlive them.

By Mbuyiselo Botha, first  published in the Sowetan