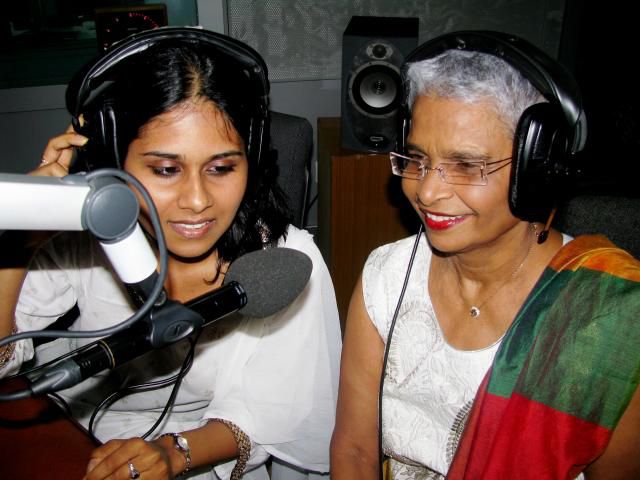 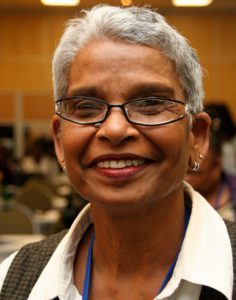 Classical Latin: “I came; I saw; I conquered”): so Julius Caesar told the Roman Senate around 47 BC after he had achieved a quick victory in his short war against Pharnaces II of Pontus at the Battle of Zela.

Fifteen years ago, GL saw the opportunity to venture into the French speaking countries of Southern Africa. On paper, there are two French speaking countries in the Southern African Development Community (SADC) – DRC and Madagascar. But Mauritius and Seychelles have strong French roots and affiliations. Indeed, GL used its firm base in Mauritius, and the bilingual advantages of the island, to springboard into Francophone SADC.

Fifteen years of growing pains has shown us that our services are still needed. It has given greater responsibilities to the Satellite Offices and the project sites. The communities need us. Throughout this growth we have tested the culture of GL: a culture of gender justice. We did a wide range of research in all four countries, produced training manuals and research publications.

When we opened the Mauritian Office in September 2008 the word gender was not well understood. The Registrar of Companies had problems identifying in which category to register us. The Municipal Council had the same problem. Gender Equality, Gender Justice, Gender Based Violence, Gender and the Media, Gender and Governance were not on the list of trades.  We went through great lengths to explain to the authorities the work of GL. We could not just choose from poultry, pigs, jewellery or furniture but finally the authorities just put “business address” on our registration. It was easier in Madagascar as the procedures are less complicated while in Seychelles and in DRC we have project sites.

Having satellite offices or project sites does not mean that we do less work. On the contrary we do all the programmes of GL with less staff.  Fortunately we have the mentality of “no pain no gain”. The gain is visible. The recognition of our work from all corners in the four countries comes with pain.  The results and products at country level are here to stay.

I really fought my way to get a foot in DRC. I was officially sent by GL to look for partners to work with. PANOS, HAM (High Authority of Media) and UCOFEM (Congolese Union of African Media Women) have opened doors for us and we are still working with them.  I still remember how the Mauritian authorities advised me not to go to a country which just came out of war. They said that they could not help me as I was not a government official. But when I told them they would have to bear the consequence of seeing my dead body coming back from a plane they immediate sent a letter to the authorities in DRC. It was frightening setting foot in this country: my first experience with the military at an airport. There were no conveyer belts, let alone trolleys. We had to identify our overweight suitcases full of training manuals that our French editor Marie Annick Savripene, and I had to carry. But it was worth it. DRC is a place where people are really grateful for small mercies. I am still humbled by the warmth of people there.

In Seychelles as I was not getting any response from anybody, I wrote to the office of the President. Suddenly all doors opened and the work of GL became quite smooth. I am so happy that we are now conducting the Gender Based Violence Indicators Project there with funding from the Australian High Commission.

Madagascar started with Ialfine Papisy being my dinner guest together with GL CEO Colleen Lowe Morna. Papisy did not waste one second, stating she wanted a GL office in Madagascar forthwith.  A few days later I found myself in Madagascar on a scouting mission. It did not take long for GL to have a full fledge office working all over this huge country.

I have worked with men in Mauritius and Madagascar who at the start of our work said we were threatening their homes, but four days later had nothing but praise for GL. They are grateful that we are lighting their way and showing them how to share responsibilities in families; how to change attitudes and mind-sets; how the patriarchal attitudes can do more harm than good. In Mauritius and Madagascar survivors have become entrepreneurs through GL programmes. They have vowed that nobody will lay hands on them. In Mauritius some of them are now mentors to survivors in their localities.

For the past four years a wide range of professionals including grassroots women and men as well as journalists and media enterprises have had the chance to show case their best practices at the SADC Protocol Gender Justice Summit organised by GL. These projects are proof of the work of GL at country level. Both DRC and Madagascar are countries with fragile economies that are emerging from political turmoil and yet people travelled long distances to go to Kinshasa and Antananarivo to make sure that their projects go to the Summit. Mauritius, Madagascar and DRC have shared their best practices with the region.

GL can be proud that former Mauritian Minister of Local Government, Herve Aimee gave credit to GL in getting more women elected at the local level. In his keynote address at the 2012 SADC Protocol@Work Summit he said: “The New Local Government Act is indeed a milestone towards gender equality. I would like to thank (GL Francophone Director) Loga Virahsawmy and GL for all their help over the last two years ensuring that the radical changes I proposed became reality.“ We not only trained women to join politics but we worked with the authorities to change laws and give women space. We won. From 11.5% women councillors we are now at 30%. GL Mauritius hosted Summit winners, delegations from Madagascar and Botswana to share and learn best practices.  A high level delegation from Zimbabwe came to GL Mauritius to learn more about the gender neutral approach in the New Local Government Act.

From Mauritius, Madagascar, the Democratic Republic of Congo (DRC) and Seychelles GL is now spreading its wings in other Francophone countries through its training.  We have reached the age of maturity earlier than normal, at only 15. With our experience we have every reason to believe we can spread our wings even further. GL is now a brand in Mauritius, Madagascar, DRC and Seychelles. Yes, we came, we saw, we conquered, and now we must dream even bigger!

Loga Virahsawmy is the GL Board Member in Mauritius. This blog post is written as part of the GL 15 years of service series.