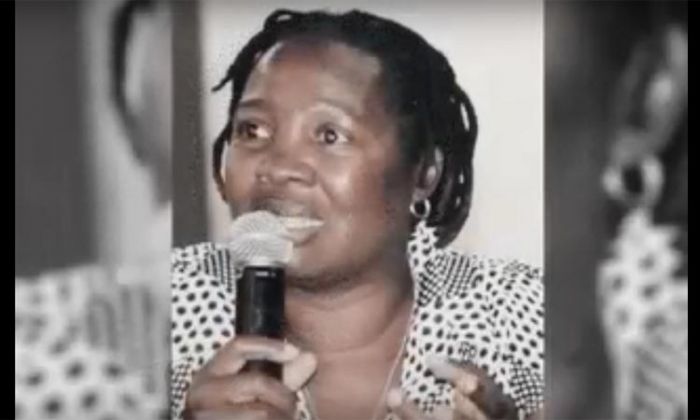 Priscilla Musonda Schaufelberger is an activist from Zambia. She suffered a lifetime of abuse from her father, a figure who was supposed to protect her throughout her life. 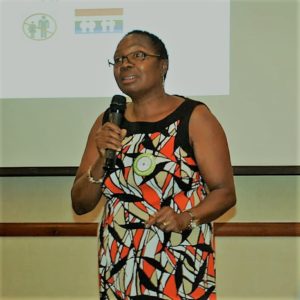 She recently shared her story with us in Zambia.

The immoral being called my father started raping me from the age of five.

I grew up knowing that love hurts because that is what l felt between my legs. And that which was inflicted to me by my father. When l started school the torture of sex abuse never ended, l was told not to tell anyone not even my grandmother, with her l felt peaceful and loved because she didn’t tell me not to tell. I became a difficult child at school, always found myself indulging in fights and insults. That was my way of asking for attention from my teachers, but it didn’t help because none of them paid any attention to my behaviour. I was looking for help if only they could have taken one step finding out what ignited my stubborn behaviour. I was call a stubborn, spoiled stupid child.

When l was 11 years, my mother’s family sensed or knew that something was not right with me. My mother’s older brother who was a Police officer and was living in Mansa, came to our house and took me with him. He said to me that he was not happy with what was happening to me. I thanked God for the rescue and for saving me, for me to go and stay far from my father who used me as a sex slave.

As young as l was my mother did not protect me because two days after when l was in Mansa, dad sent mum by plane with my ticket to come and take me back. My uncle also supported her sister. She encouraged her husband to officially marry me and l had four children and one abortion and became his fourth wife.

I had no choice and knew that this will be my life born to marry my father sharing him with all his wives. All the three women had no Voice to Stop him.

My story was in the Zambia Daily Mail after l reported my father to the police. He was arrested and charged with incest. A mother’s betrayal… in court my mother said that he was not  my biological father and the incest charge was dismissed he was a free man!

I am married to a Swiss Reto Schaufelberger and l lived in Switzerland for 13 years. In 2006, l  decided to help child survivors by providing a safe home the Priscilla Schaufelberger Home of the Abused Foundation (PSHAF) in Lusaka which closed down in 2015 due to many challenges we faced. We operate under the same name advocating for Gender Based Violence GBV.During my stay in Switzerland  l lost two of my children and written my biography Stolen Childhood The 3Cs.

We recently fostered Agness we kept from two now she is 13 years old.

One thought on “#HearMeToo: Lifetime of abuse”

Pricilla,s Story touching
These are things that happen in homes and do we stop them people are afraid to come out in the open
Especially if its family involved