News The intersection of sexual health and patriarchy... 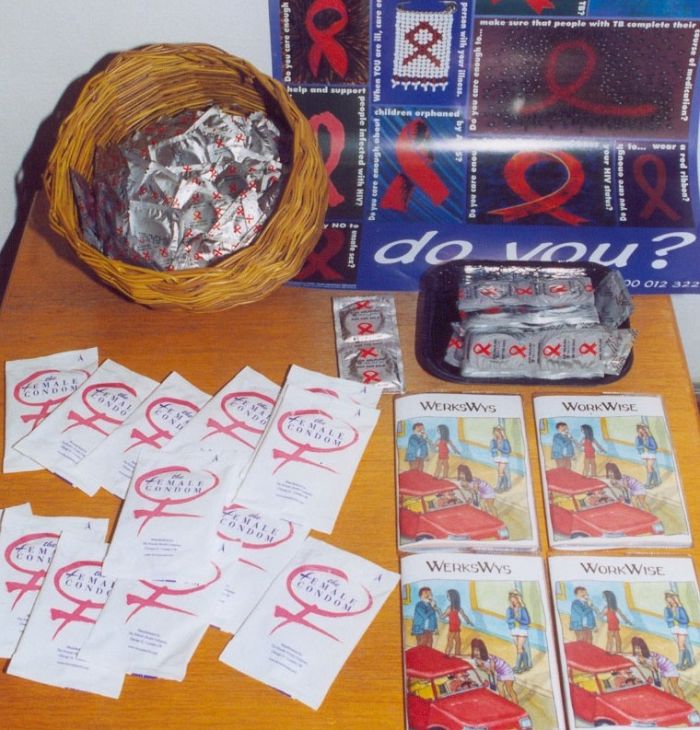 The intersection of sexual health and patriarchy

Johannesburg, 06 December 2017: Puberty was a period of confusion as well as fear for Trish*. Not only could she not understand what was happening to her body when she started menstruating at the age of 11, her own mother accused her of ‘playing with boys’ since it was a first in the family for a girl to start menstruating so early. Her mother sent her aunt to talk to Trish about her passage into ‘womanhood’. All she remembers from the talk was how sacred menstruation is and how dangerous ‘playing’ with boys will be henceforth. Twenty years later when Trish was preparing to get married, the same aunt spent a long time taking her through lessons on how to be a good wife especially in the bedroom. After a few days of lessons, the aunt gave her an assortment of concoctions that will aid her performance in the bedroom.

Such is life for hundreds of girls and young women across Southern Africa. For them menstruation and their sexual health are topics discussed behind closed doors with only the ones that can be trusted. Lack of comprehensive sexual education from early stages is a threat to women sexual health as it leaves them vulnerable to patriarchal driven sexual health information. Already at this stage, fear of men and boys is instilled amongst many girls. Loss of agency on the girl’s sexual health begins. It is sad that the ever rising figures of unplanned pregnancies, rape and gender based violence exacerbates this fear.

Loss of agency has reduced women’s negotiation to use a condom posing threats to their sexual health. The Gender Links’ attitudes survey includes an important question on women’s bargaining power in condom use. In 2016, the survey results revealed that at least more than two thirds of the respondents (68 %) strongly agreed that a woman has the right to insist on a man using a condom. This leaves 32% of women at risk of contract HIV and other sexually transmitted diseases as well as unplanned pregnancies.

However, it is important to understand the role of patriarchy in women’s sexual health. I have heard and seen horrendous sexual practices by women in the name of perfecting the bedroom act. A medical doctor relative once told me that a woman tried to perfect her act by using ground tobacco in her vagina. Not only did this practice attract harmful bacteria to her sexual health, it also contributed to her having cervical cancer. Fine print adverts of ‘virginity kits’ and vagina tightening creams are the order of the day in street corners. Such sexual beliefs imply that only men should be sexually satisfied. Harmful traditional practices such as female genital mutilation have deeply entrenched patriarchal foundation. At the height of the AIDS pandemic, weird sexual beliefs of curing the disease by sleeping with virgin women, women with disabilities or albinos increased the levels of sexual violence. All this points out to patriarchy and lack of comprehensive sexual education.

According to the Institute of Anthropology at Nairobi University, the overbearing attitude of men and societal expectations of the women on matters of sexuality puts women under pressure to ‘preserve their marriages’, bear children and prioritise the sexual needs of their husbands or boyfriends. Most societies still ignore marital rape as a form of gender based violence. This is largely based on the sexual bargaining power between a man and woman as well as the payment of a bride price and societal expectations. Money is largely used as a sexual intercourse bargaining tool leaving vulnerable women open to exploitation and posing danger to their sexual health. The belief system that once married, a man has the right to have sex with his wife regardless of the circumstances persists in some societies.

The 2017 SADC Gender Protocol Barometer reveals that fewer men than women readily visit health centres to test for HIV. This poses threats of HIV infection and re-infection when the Southern Africa region has made strides in reducing new infections. Further, access to sexual reproductive health facilities is limited for many rural and young women. Women sometimes travel more than 10km to access clinics while young women are sometimes shunned at health centres for ‘just being too young’ to have sexual health issues. In most cases, women cannot access sexual reproductive health and rights (SRHR) care due to affordability. Again, money plays as a bargaining tool for women’s sexual health. The worrying levels of diseases such as cervical and breast cancer should prompt governments to invest in mobile clinics for proactive cancer screening.

In the Post 2015 era, comprehensive sexual education at all institutions of learning will improve women and girls’ sexual health and raise awareness about gender-based violence. Community mentors and centres on sexual health bridge the digital divide on access to SRHR information. This will ensure that women access sexual reproductive health services without financial hindrance. As we commemorate the 16 days of activism against gender-based violence, let us remember survivors who have gone through harmful sexual practices.

Peace begins with freedom of our bodies!

Sifisosami Dube is the Alliance and Partnerships manager at Gender Links. This is part of the GL 16 Days of activism series

Comment on The intersection of sexual health and patriarchy Cancel reply