News Learning Journey: Travelling to the land of resili...

Learning Journey: Travelling to the land of resilience

“Resilience is accepting your new reality, even if it’s less good than the one you had before. You can fight it, you can do nothing but scream about what you have lost, or you can accept that and try to put together something that’s good.” Elizabeth Edwards. 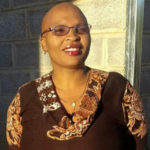 It is not unusual to hear from the news that the Zimbabwe is experiencing major problems in recent years. It is never surprising to hear statements such as “Zimbabwe is in humanitarian meltdown. Food is in such short supply, that some people have stopped taking their HIV medicine because they cannot afford to pay for their meals that must accompany tablets. In what was once the breadbasket of the Southern Africa, many people are down to one meal a day or less. The price of almost everything has ballooned. A loaf of bread can gobble up a few week’s pension. Even the civil servant the nominal middle class in what was once a relatively prosperous country are paid the equivalent of $1.80 a day, below the international poverty line”[1]

These kinds of statements are enough to discourage anyone to visit Zimbabwe as they are enough to make anyone run for their lives. When I first heard about the study visit to Zimbabwe the first thoughts that were playing in my mind were coming to a country that is totally destroyed. Where life seems to be extremely difficult and where people can hardly cope or even survive. Arriving at Zimbabwe I came to a different reality. I could see people who were full of life and love. I could see that despite all the challenges that they are facing they have chosen to accept their reality and do not want it to control their destiny.

During the first day of the meeting I was blown away by the great presentations made by the councils. For the first time ever I could see the dots connecting with the local government Centres of Excellence (COE) work. In all the SADC countries in which Gender Links operates the model has worked perfectly well. There is high level support from the Ministry of Local Government and the relationships that has been established between the Ministry and Gender Links has stood the test of time. The fact that the Chief Director of the Ministry of Local Government was at the meeting and stayed for the entire morning is proof that there is a good working relationship.

The Zimbabwe councils have been able to successfully implement the Hub and Spoke model and the councils have taken so much ownership of the model. The three hub councils that made presentations displayed high level of commitment and ownership of the process and have used their resourcefulness to make it successful. The most amazing presentation was the one made by a rural council as this proves that where there is a will there is always a way. Despite being rural and being faced with many challenges, the council has been able to use the little resources to ensure that the gender agenda becomes a priority. The study visits to Murehwa Rural District Council gave me an insight of the presentations that were made, as everything that was presented was shown live. The stories of change that were presented made me believe that change is possible.

The work done by the Junior Councilors is the most exciting as it gives hope for a bright future. The presentation that was made by the young women was mind blowing and to me it was like a breath of fresh air. Having young people involved in the issues that affect them means tomorrow adults are going to be more aware of what usually goes wrong, so that they can change it for the betterment of their country. Their SRHR campaign has taken a great momentum throughout the country and demonstrates their resilience, and not allowing the difficult situations define them. The young women displayed a very high level of leadership skills and I was very impressed with their level of confidence and public speaking skills.

The study visit to Zimbabwe has given me a very important lesson about life. I have learned that in life you do not have to let the circumstances that you find yourself in determine your destination. Zimbabwe might be at its lowest right now, but the citizens are showing determination to bring change in their lives. This is a true story of resilience as Elizabeth Edwards has rightly said; “resilience is accepting your new reality, even if it’s less good that the one you had before. You can fight it, you can do nothing but scream about what you have lost, or you can accept that and try to put together something that is good.” The Zimbabweans have accepted that reality and they have put together something that is very good and beautiful. They have shown that despite the tough times they are going through they will continue letting their light shine.

My expectations about the country have been proved wrong. I found myself in the land of resilience where people refuse to perish. I am going to use the lessons learned from Zimbabwe to improve the way the councils work in my country. The Hub and Spoke is a very good model that can be used to advance gender equality within the councils.

Comment on Learning Journey: Travelling to the land of resilience Cancel reply