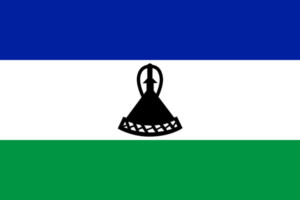 Once held up as the shining star of women’s political representation at the local level, the proportion of women in local government in Lesotho has steadily declined from 58% in the first local elections in 2005, to 49% in 2011 to 40% in the September 2017 elections. This steady downward trend has taken place despite changes in the electoral laws to address concerns about the quota for women’s political participation in the first local government elections in 2005. It dims the hope of Lesotho achieving 50/50 by 2030 in line with the SADC Protocol on Gender and Development, and the Sustainable Development Goals (SDGs). Lesotho is now third (after Namibia and South Africa) in the SADC ranking of women’s participation in local government.  Download the latest Gender in Local Government elections report.

50/50 Policy Brief
Women’s participation and representation in key decision-making structures at local and national levels in Lesotho makes the case for urgent action to achieve gender parity at all levels of political decision-making. The decline in women’s representation in politics since 2012 underscores the need for urgent legislative, political party and civil society action as pressure mounts for 50/50 by 2030. Download the brief.