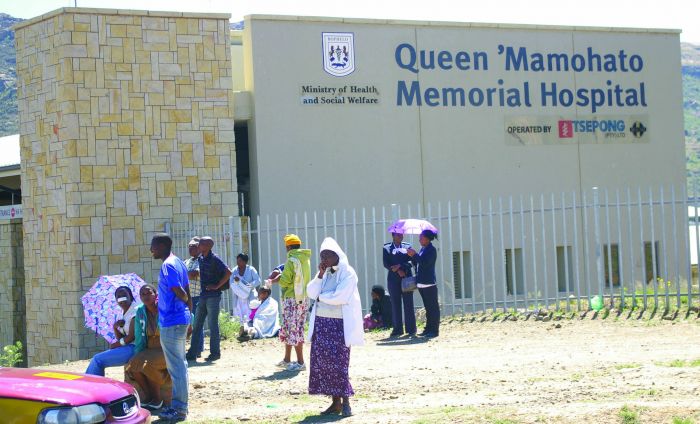 Maseru, 10 December: Some community members have called for free and easy accessibility of contraceptives in order to reduce the high rate of illegal and unsafe abortions which result in maternal deaths. Currently, emergency contraception for example costs around M70 at pharmacies which are mostly located in towns.

Abortion in Lesotho is criminalised under Section 45 of the Penal Code Act of 2010 which provides that any person who willingly causes or induces the termination of a pregnancy commits a criminal offence. The only exceptions are when the abortion is conducted by a registered medical practitioner to protect the health of the expectant mother, where the unborn child would have severe mental defects and when the pregnancy is a result of rape or incest

An elderly woman who spoke to this publication, ‘Malesaoana Nkhahle, said that since abortion remains a taboo, contraceptives such as morning after pills should be made accessible to the youth for free.

“We are a Christian nation where abortion is an insult to God. It still remains an embarrassment when a daughter bears a child unmarried hence many tend to abort.

“We cannot stop these kids from having sex and the only way to teach them about birth control and make those pills which are drank before 72 hours lapse after sex accessible to them for free. If birth control pills could at least be made available at testing centres which are splashed across the country. ”

With abortion remaining illegal, the pirate sales of the Cytotec (misoprostol) – pills used to induce labour in pregnant women – remains a lucrative business in the lowlands of Lesotho where it is used for abortion purposes.

Cytotec pills are used in maternity wards to help pregnant women get into labour, especially where doctors se complications or risks facing either the mother or the unborn child.

However, due to the fact that abortion remains illegal in Lesotho, black market dealers have found a way to smuggle the pills out of hospital pharmacies and clinics and sell it at the street value of M400 for three pills which are said can perform one abortion.

According to one of the cytotec dealers, Likeleli*, most of her clientele comprises of youth in tertiary institutions, some in High School, with a few constituting the working class.

“I have a supplier who works in one of the hospital whom I just call whenever I have a customer and he will send the merchandise then I will give him his 50 percent share of the sold pills. We started this business by first establishing a Facebook account under false names then advertised our business. Two weeks were enough to get enough market then we deactivated the account.

“Most of the customers now are from referrals of friends who have accessed our services. For each abortion, a female client is given three pills, two which she swallows while the third one she places inside the vagina. It succeeds mostly when the foetus is less than 2 months but can still work up to five months although the risks are high at the time. However, it is not our problem if something goes wrong, I always tell customers that they do it at their own risk.

“Most of the people who buy are guys on behalf of the ladies whom they would have impregnated, majority of which are students at tertiary institutions. Well I have served even High School students as well as those who are already working. We record most sales from September till December.”

However, the youth in rural areas do not have access to Cytotec pills like those in the urban areas. They often use traditional unconventional medicinal practices like a mixture of traditional herbs to abort the foetus or a crotch. A woman from from Tlhanyaku – a rural village about three hours from Mokhotlong town said although she eventually lost the baby, she also nearly died in hospital.

“I got pregnant in 2016 while I was doing my Form E, impregnated by my teacher. We could not risk people finding out. He gave me money to go and see a lady who was popular for abortions in the area. She gave me a bitter concoction to drink and gave me three pads, one to put on three hours later and others to change.

“It was around 6pm. I started feeling stomach cramps around 10pm and i removed the pad to check and there were stains of blood, therefore getting excited thinking it was working. At around one the pain was unbearable and I had to wake up my grandmother whom I was staying with as my father worked in the mines while my mother worked in another district of Butha Buthe. When she lit the candle, she saw blood trickling down my thighs as I had forgotten to replace the pad. I think she could tell what was happening as she never said a word but immediately rushed to get a neighbour who had a van to rush me to the hospital in Mokhotlong (3 hours away) because the neighbouring clinic closed at 4.30pm.

“I was bleeding heavily when I got to the hospital and the last thing I remember were nurses shouting at me asking what I had consumed. I could not respond but was only focusing on the unbearable pain in the stomach.  I passed out and only woke up the following day when I was told by a nurse I had lost a baby.”

“There are quite a number of patients whom we receive on regular basis due to failed abortions and most die because they would have lost a lot of blood before getting to the hospital. However, it is not only pills or traditional medicine they take, I remember there was once a case of a mixture of cosmetics which had been taken by a pregnant lady in an attempt to abort.

Mohalenyane Phakela is a journlaist from Lesotho . This story is part of the GL 16 Days SRHR News Service. Photo by Lesotho Times

One thought on “Lesotho: Unsafe abortions push up maternal mortality”

It would be interesting to avoid generalisation when you refer to people’s call for free contraceptives. Is it community members in all the 10 districts of lesotho, is it mostly women, men, youth? It would be useful to disagregate them by gender and age. About emergency contraceptives, is PEP not administered for free in cases of rape at all clinics and hospitals, are women and girls aware? The emergency pill that is sold at M70.00 PEP? And the phamarcies, are they availing it without prescription and is that legal? I think that there is need to partener with pharmacies to address the issue of unsafe abortions instead of watching and reporting from a distance. Something also needs to be done to address black market of pills that induce labour. Overall, there should be a concern about what all these illegal activities of selling pills for abortion mean for HIV/AIDS prevelance in lesotho.