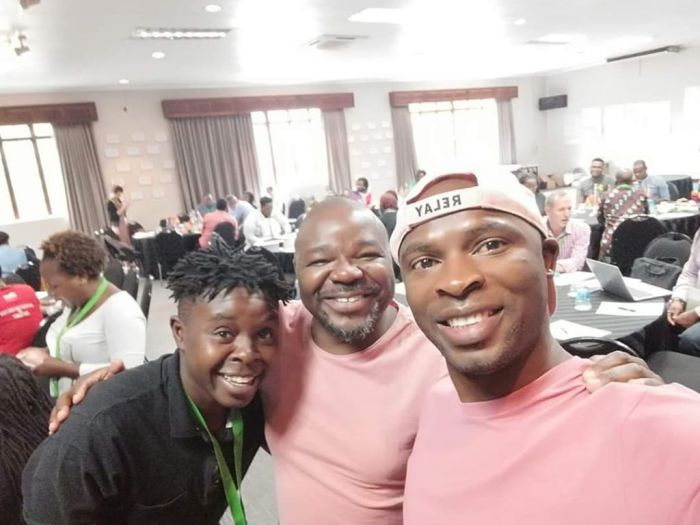 Bulawayo, April 30: The outbreak of Covid-19 in Zimbabwe is a rude reminder to Nomvula Nkiwane, a gay man from Bulawayo’s Thorngrove suburb of the previously experienced repulsive discrimination when accessing sexual reproductive health services at public health facilities.

A number of health workers are homophobic, Nkiwane, and says this is the reason why he has been praying that he does not test positive to the deadly Coronavirus which has claimed thousands across the globe.

Unlike his predecessor the late Robert Mugabe, President Emmerson Mnangagwa has somewhat showed tolerance towards homosexuals but Nkiwane feels the lack of tailor made services targeting the lesbian, gay, bisexual, and transgender (LGBTi) community is still lacking.

“I used to go to private health practitioners before Covid 19 outbreak, but now I am being forced to seek medical attention from public health institutions whose record for discrimination on LGBTi members is well known.

“I just pray that I will not test positive to corona virus, because that will be hell in my life as only government health practitioners will be attending to me,” Nkiwane said.

This is a graphic illustration of a plethora and wide ranging problems faced by gays and lesbians in the country, with most of them suffering in silence.

This has somewhat been worsened by the country’s laws which have failed to recognise same sex marriages, in the process making gay people’s lives difficult while  taking away their human rights.

As a result, LGBTI people in the country have been forced to operate underground for fear of victimisation due to public perception about their existence.

“We had our own challenges of discrimination and stigmatisation before the outbreak of the coronavirus, now with this lockdown and social distancing measures; it has been tough for us. Imagine, just recently I struggled to get to PSI (Population Services International) where I was supposed to collect my anti-retroviral therapy medication.

“Navigating through roadblocks has been a headache. Remember that’s a lifesaving medication, that one cannot do without but some of these security officers won’t let you pass,” said another gay who preferred being identified as Velaphi.

According to a 2020 Human Rights Watch report titled Human Rights Dimensions of COVID-19 Response, Zimbabwe is cited as one of those countries with discrimination in accessing health care.

“This discrimination can affect access to HIV testing and treatment as well as care for other chronic diseases that can make LGBT people particularly at risk of suffering serious illness or death as a result of COVID-19, the report noted.

“The SRC continues to offer support and online counselling to all KPs (key populations) in distress. We have PSI clinicians working in partnership with our Peer Educators going to the communities and offering key services like ART and Prep refills and STI treatment,” Ndlovu said.

He added: “We are also exploring means of complementing government efforts of extending food and basic necessities to the vulnerable communities at this time but obviously our target commutes will remain our KPs groups the sex workers and the LGBTI.”

In 2016 Gays and Lesbian Association of Zimbabwe (GALZ) entered into partnership with three private health facilities as part of facilitating increased access to decent care for its LGBT constituency. As a result, the organisations offered a broad range of sexual rights health services to key populations mainly in Harare and Bulawayo.

While the LGBTi community have managed to engage government on SHSR issues, it seems there is a lot that needs to be done for the community to be wholly accepted by the public health institutions.

Galz director Chester Samba said a number of their members have faced a plethora of challenges as a result of Covid 19 outbreak.

“We have reported cases of mental health issues. Depression and anxiety has increased among LGBT people. The closure of DICs where LGBT community was getting psychosocial therapy and other recreational services has left community more vulnerable.

“Closure of social spaces and the travel restrictions have conditioned LGBT persons to spend more time with family members, most of who despise them for their sexuality,” Samba said.

Samba further highlighted that the lockdown in particular has increased cases gender based violence and other sexual violations as the community continued spending time together.

“Alcohol, drug and substance use and abuse have also significantly increased among LGBT people as most try to run away from the realities in their life.”

Samba said they have since been working on strengthening support for counsellors to assist clients with virtual service provision as well as facilitate them to conduct home visits where necessary to conduct sessions.

“Galz put in place dedicated hotlines for all its sites for community to reach to the organisation’s staff round the clock and get access to services,” Samba said.

According to a 2016 study by Galz titled the Law in Zimbabwe and the LGBTI community it notes that the marginalisation of the gay community has the potential to limit their access to timely and appropriate health care.

“It (marginalisation) also limits the potential or the dissemination of information that is pertinent to their health and welfare. Such information is currently being distributed using underground networks which have the potential to distort the information and exclude some people who are not privy to it,” reads the study in part.

The Zimbabwean Constitution now also includes a corpus of Economic Social and Cultural rights, to which the LGBTI community like all other persons living in Zimbabwe, are entitled.

Chief amongst these with respect to the LGBTI community is the Right to Health Care.  Section 76 notes that the right to health care is essential for one to fully enjoy their right to health.

Parliamentary Portfolio Committee chairperson on Health and Child Care Ruth Labode recently indicated that government has not totally ignored gays, health wise as they have been catered for under the key population bracket.

“…We are can’t ignore gays and say they don’t exist that is why there was an initiative to ensure that they are covered in all health services just like everybody else.