News Seychelles: Where are we on promoting LGBTI rights...

Seychelles: Where are we on promoting LGBTI rights? 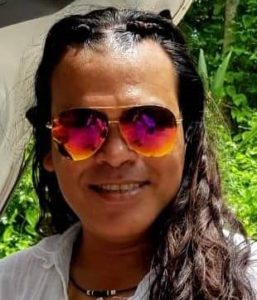 May 17, 2016, International Day against Homophobia, was symbolic for LGBTI+ in Seychelles as the Republic of Seychelles joined the list of countries to decriminalise same sex acts, under the administration of former President James Michel.

Prior to decriminalisation, Section 151 of the Penal Code banned same-sex intercourse between males, categorising it as ‘unnatural offences’, with up to 14 years imprisonment. Section 151 of the penal code does not apply to female same-sex sexual acts which has never been criminalised under Seychelles law.

After advocating and lobbying the government for the change in legislation, what has the impact been on LGBTI+ in Seychelles three years on? Are LGBTI+ treated as mere citizens of this Southern African Development Community (SADC) member state or do they face discrimination and ‘othering’, the practice of viewing and treating a person or group of people as intrinsically different from and alien to oneself?

Chairperson of LGBTI+ Sey, a non-governmental organisation (NGO) that advocates for LGBTI rights and offers support to LGBTI+, Fabianna Bonne says that there is still a stigma attached to LGBTI+ and that better education is necessary at school level and institutional level to address some of the issues that LGBTI+ individuals in Seychelles are faced with.

“Generally there is some tolerance and acceptance but we still need to educate people with regards to issues surrounding LGBTI+. We’ve learned of numerous instances of bullying within the workplace, and sometimes even the supervisor is involved so an individual does not really know where to go to address the issue. Either they stay in their job and keep facing the situation or they leave and find themselves without a job,” Mx Bonne stated.

He noted that it is common for LGBTI+ in Seychelles to be living without a stable home after coming out to family and friends. The stigma attached to LGBTI+ as dictated by cultural forces founded on strong Christian principles, means family members often feel ashamed of relatives who are non-gender conforming.

“I think there needs to be more education. If you consider Sexual Reproductive Health Education within the school curriculum, sexual minorities are not talked about at all. If there was better education at school level, whereby sexual orientation is shown to be a spectrum as opposed to just one, and gender is shown as a spectrum as opposed to simply a binary, there would be better understanding of the issues,” Mx Bonne asserted.

Mx Bonne noted that the lack of understanding is more general and apparent in wider society at institutional levels causing LGBTI+ to be apprehensive and reluctant to access basic public services including healthcare.

LGBTI+ Sey has had policy-level engagement with the Ministry of Health, specifically regarding Sexual Reproductive Health in a bid to render the services more accessible and accommodating but there is major concern with regard to confidentiality within the service.

Furthermore, cases reported to the Seychelles Police Force (SPF) of violent crimes committed against individuals based on their sexual orientation do not amount to anything and are often not treated with the seriousness expected from a law enforcement institution. Victims of assault, not limited to LGBTI+, have voiced out that the police chastise victims and lay the blame on them for the ordeals they experienced by suggesting that they inflict it upon themselves.

Mx Bonne cited two instances of young gay men being targeted and assaulted based on their sexuality. The first incident occurred in 2016 and the victim was advised by police that he could take up the matter in a civil case, but that they would not necessarily be pursuing a criminal matter while the second known incident occurred on a well-frequented beach, Beau Vallon, in 2018, where a young man, an executive member of the LGBTI+ Sey committee, was assaulted because he was kissing another man on the beach.

Upon reporting the matter to the police, LGBTI+ Sey was informed that the Crime Investigation Division (CID) would take up the matter but no progress was ever made in the case. The Seychelles Police Force states that it does not segregate sexual preferences or status as part of its records system, which simply means that when any offence is reported, the complainant is categorised as either male or female unless the complainant, upon making his statement, wishes to be categorised otherwise.

Similarly, Ronny Arnephy, a transgender woman and activist for LGBTI+ Sey, concurs that the decriminalisation of same sex acts between men is a double-edged sword for LGBTI+ in Seychelles. It has been to some extent positive bringing about more visibility and awareness about the subject, easing the discomfort of LGBTI+ to come out about their sexuality. However, with more visibility, homophobic and transphobic behaviour has also become more apparent at societal level.

“With more visibility comes more stigmatisation and institutional stigma and discrimination. I know of several cases in employment where an LGBTI+ individual meets the required criteria and has the necessary experience but they are not selected based on their sexual orientation,” Ms Arnephy stated.

Speaking of her personal experience using public services, Ms Arnephy notes that she has felt discriminated against by health professionals on numerous occasions. “I have tried to inform about hormone replacement therapy (HRT) at the Sexual Reproductive Health department and I was advised by the professionals that they are not aware what to prescribe me. Yet the service is provided for peri menopause and menopause.”

“Moreover, it is advised that one should get regular prostate check-ups as the risk for prostate cancer is higher above the age of 40. I identify as a woman and I do not feel comfortable to be examined by a male practitioner. But I am advised that it is not possible, there is no flexibility within the service,” Ms Arnephy noted. She asserted that there should be continuous training with service providers centred not only on LGBTI+ rights but with a human rights based approach to service provision above all.

Despite having repealed Section 151 of the Penal Code, it seems unlikely that Seychelles will be joining the list of countries and states to abolish gender markers from birth certificates.Numerous countries including Germany, Bangladesh, India and New Zealand permit gender neutral and/or non-binary designations on birth certificates.

In the Republic of Seychelles, the case of Mervin Jezabel Barbe against the Chief Officer of Civil Status was heard at the Supreme Court, on March 11, 2015. The plaintiff in the matter, Mervin Jezabel Barbe, is a Seychellois national residing in Italy who was born in Seychelles on March 25, 1972. The sex of the plaintiff was registered as male on the registrar of births while his name was registered as Mervin Jackson Barbe. However, in 2003, the plaintiff underwent a transgender re-assignment surgical operation in Italy in consequence of which, the gender of the plaintiff changed from male to female.

The plaintiff was seeking to have the entry in the birth of register of Seychelles rectified to reflect his change of gender. She had successfully changed her middle name from Jackson to Jezabel with the approval of the Civil Status on April 12, 2010.

The presiding judge in the matter ruled that there is no provision within the Civil Status Act which would allow the Chief Officer of Civil Status to grant the application sought by the plaintiff and thus the application for the rectification of the existing certificate in the name of Mervin Jackson Barbe was refused.

Mervin Jezabel Barbe filed an appeal in 2017 stating ‘unnecessary restrictive interpretation’ of the Act but the appeal was dismissed on the grounds that it had no merit.

“The issue is that now the person cannot change their gender on their passport which can be unnecessarily problematic for instance when travelling as you don’t present like the gender on the passport, especially since a lot of flights to Seychelles pass through the Middle East and African countries. It creates difficulties when travelling.”

Mx Bonne suggests that at least the option not to include a gender marker on birth certificates should be available.

Sex designations on birth certificates can create confusion and expose individuals to discrimination if it does not match the gender identity of the individual. It would also eliminate the need for parents of children who are born intersex, to have to choose a sex for their child for public records.

It appears as though nothing much has changed for LGBTI+ in Seychelles over recent years. LGBTI+ persons face discrimination both in the private and public sphere and are often marginalised and denied basic civic, political, social and economic rights. As advocated by activists and LGBTI Sey, better and more comprehensive education and training is necessary across all institutions in society to ensure that no citizen is denied their fundamental rights, regardless of sexual orientation. Adopting a human rights based approach and acknowledging that discriminating and persecuting based on sexual orientation is imperative in addressing human rights violations against LGBTI+ persons.

This article was written by Laura Pillay  . It is part of Gender Links #VoiceandChoice series. It was first published in the Seychelles Nation Newspaper.

Comment on Seychelles: Where are we on promoting LGBTI rights? Cancel reply